The fun girls of curling 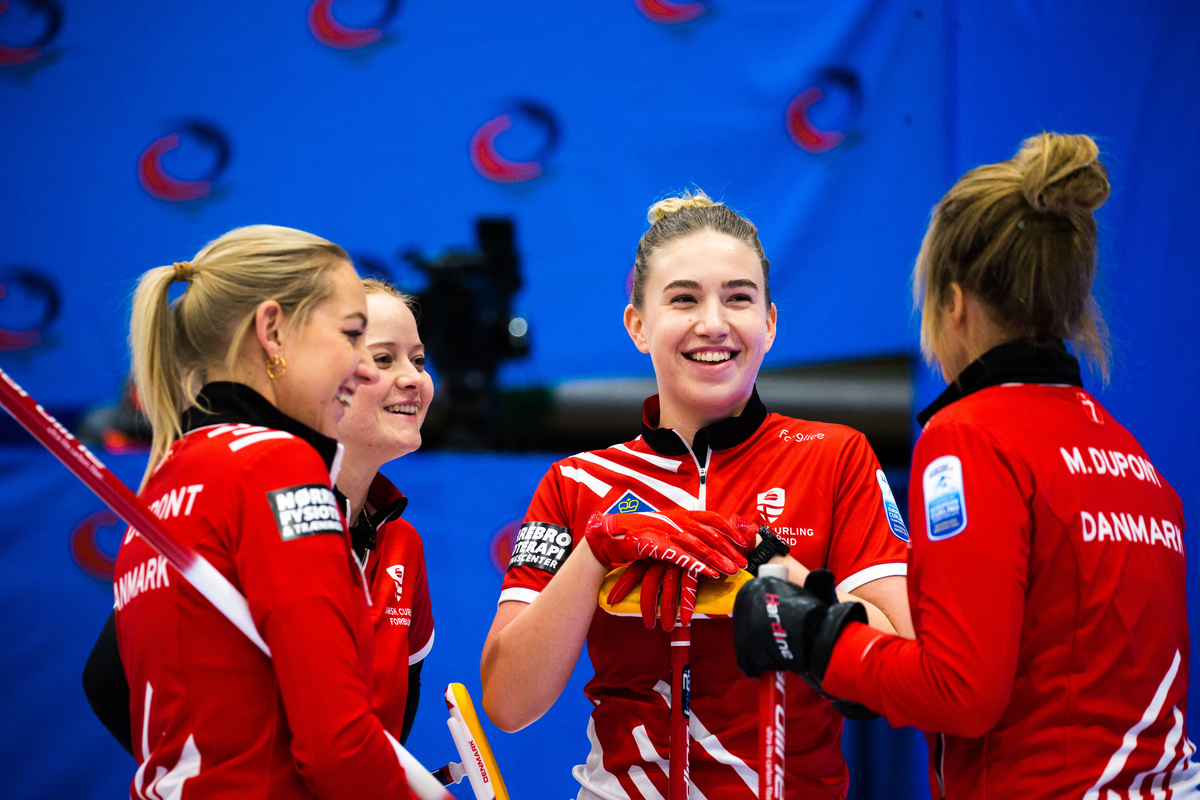 As they make their way through their round-robin programme at Oestersund — successfully so far —, the Danish women have lit up the competition with their obvious sense of enjoying themselves — high fives and hugs all round.

For many, they are the fun girls of curling, and when asked if that’s how they see themselves, third player Mathilde Halse just laughs and says, “We like to think so… We love to have fun out there, it’s part of our team values, to have fun. And if it’s not fun, it’s not really worth it to be out there.”

Confirming that’s how it is for her team, skip Madeleine Dupont adds, “But we need to confirm with Mathilde at least once a week that she really is fun… She’s like, ’I am fun, right?’”, and a smiling Mathilde simply says, “My family doesn’t believe that I give it all to curling.”

Madeleine went on to explain how they have built up their approach to their team.

“We all live within 30 minutes of each other, so sometimes we have team dinners or go to the movies and just enjoy hanging out.

“It definitely helps that we know each other in a different way, not just curling… That you know all the weaknesses, not just the good side. It helps a lot to just know people personally, more than as just a teammate.”

And Mathilde explains another key dimension to their approach, “Also, I think honesty is one of our most important things out there. To be honest with each other and say, ‘I’m not feeling it quite as much this game.’ It’s just important to be open with each other.”

The Danish women are the first to agree that they don’t get to practice as much as some of their opponents, especially the full-time athletes. For the most part, they seem content with that set-up.

Madeleine says, “You just need to look at it differently. Our situation means that it’s really about no expectations. Then, when you go out there and win, it’s a bonus. In a game like the one against Hungary, we knew we had to win, but a game against the likes of Sweden, if we win, great, if we don’t, fine.”

Asked if she wishes her team’s circumstances were different, Madeleine concedes, “It would be nice to play full-time, but it’s also hard when you don’t have other people in your life apart from curlers.

“Most of the time we would love to have more chances to go to Canada for example, we would even love to be favourites one day, but that’s not going to happen.”

The basis of this Danish team has been together for about five years on and off, but one thing has changed for this event. They have brought three-time world champion Peja Lindholm onto their coaching team, and Madeleine is the first to say, “You want to be better when you have a guy like this on the bench.”

About Peja, Mathilde adds, “Peter is very good to have with us. He has a different view on things and it’s just nice to get a new breath of fresh air, it’s refreshing to have him with us. You just want to show the best side of yourself.”

And as the Danish fun continues, at least till the end of the round-robin, it’s food for thought that this is a team whose members have taken part in 11 Olympic Games combined. For any athlete, in any sport, that sounds like a real idea of fun.