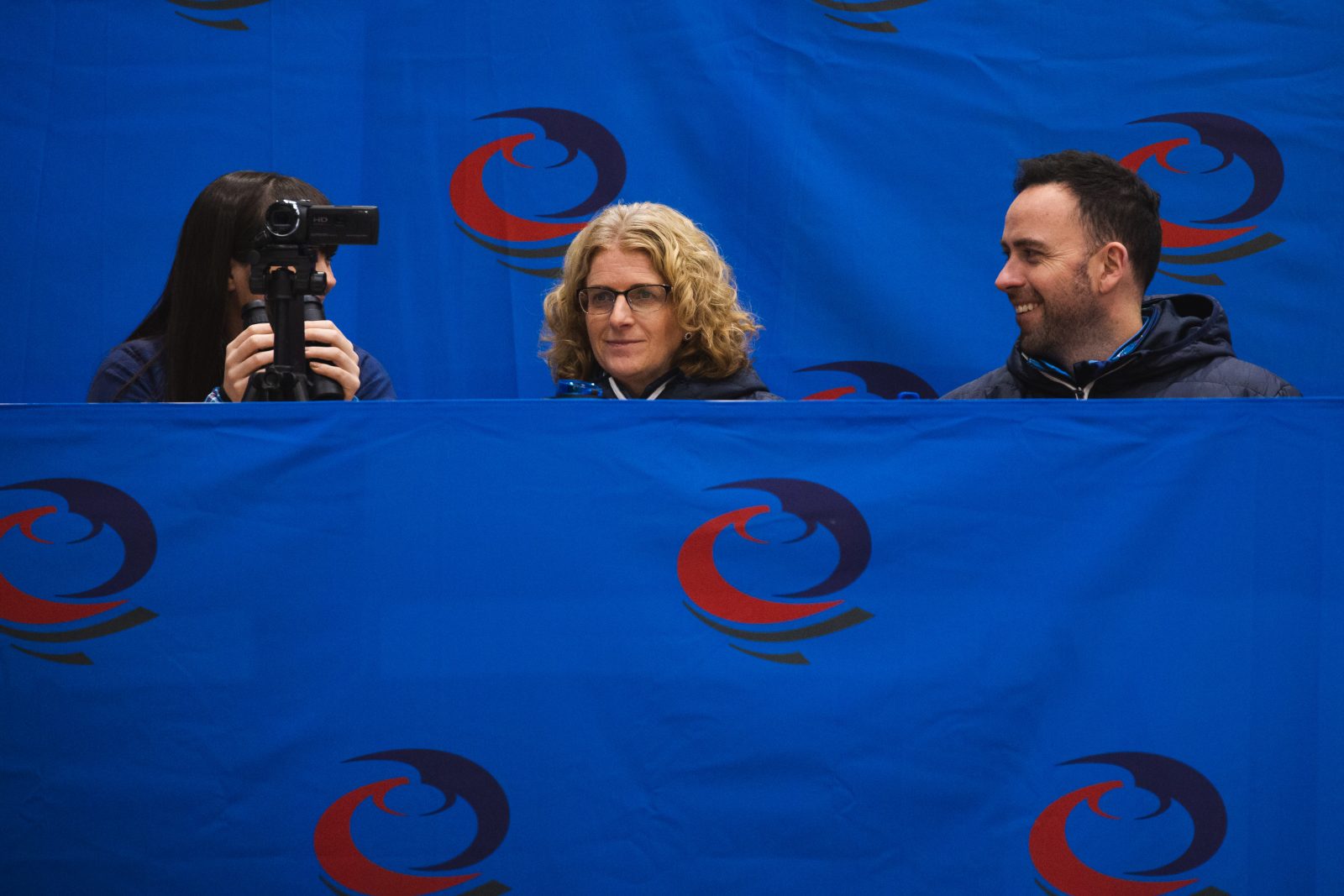 Almost everywhere you look in curling, players and their supporters have needed to use ingenious ways to fund their activities — raffles, fundraisers, the bank of mum and dad, individual team sponsors and benefactors have all played a part in getting curling teams to the starting line at events, up to and including world championship level… the euphemism is “self-funding”.

British curling supports the Scottish programme at world and European level and the British team at Olympic and Paralympic level. For their international programme at least all that scrimping and saving is a thing of the past. And it’s no surprise that since the “professionalisation” of British and Scottish curling performance programmes, success in the form of European, world, Olympic and Paralympic medals have followed.

David Murdoch is Britain’s Head Olympic Coach, and he is upfront about the arithmetic that maintains his curling programme, “for the Milan-Cortina cycle, we have around £6.4 million for five different disciplines. There are five disciplines. Can we get five medals?”

And although he has that kind of resource at his disposal now, David also remembers how it used to be.

“Previously, you would fund everything yourself. If we were going to Canada, you paid your own entry fees, you paid your own flights, accommodation — that’s what teams did. You used to go out there to get your stripes and maybe get a bit of money back, that was just the norm.”

Now, with the kind of publicly-funded money floating around that David has at his disposal, the watchword is accountability.

“We did that for Beijing, and now, can we build on that success? We like to think we can. Everybody has to be accountable on the programme. Athletes are accountable, we’re accountable as staff, but we’re all trying to achieve the same thing, which is success, and to maintain success.”

David also identifies when things changed for the Scottish and British programmes.

“Curling in Scotland has come a long way because of the UK Sport funding. The Lottery funding that we get, through the National Lottery, through UK Sport, changed everything about performance in our country. There’s been a lot of change. We’ve had huge success and that started with Rhona in 2002. [Rhona Martin’s breakthrough Olympic gold medal in Salt Lake City.]  Since then, it’s grown and got bigger, and we’ve had a lot of great results over the past 20 years.”

Everywhere you go in the curling world, curling faces the classic challenge of minority sports — no-one knowing what the sport is about or seeing it once every four years at the Olympic Games. And even then, being mildly amused by it.

Certainly, in Britain, particularly England, curling was the butt of many “sweeping in the kitchen”-type of jokes before Rhona Martin’s gold medal. Thankfully that is changing.

And David Murdoch can see it changing in Britain’s elite multi-sport environment too. He says, “Curling is viewed in a very respectful way. The amount of medals that we’ve won and what we’ve done in maximising performance, we’re at the level of the top sports in the whole of the country.  “We’re very well-respected and that’s shown in the funding that we’ve been given for the next four years. I like to think we’re in a good place as to how curling is now viewed.”

David also views it as a priority to set up pathways to try to ensure that future generations can continue the success of his programmes.

“It’s important that youngsters can see the pathway and they can see where they can get to. We just saw Olympic gold and silver medals coming into our Academy, and that’s inspiring. You want to see the youngsters inspired by that, and for them to challenge the ones already at the top.”

While, with the money and resource available to David’s programmes, there needs to be ‘a plan’, it is also the case that the programmes need to be quick to adjust to changing circumstances.

David explains, “Sometimes, you need to be fluid about what you need to do. We changed a lot of things through the whole Beijing four-year cycle. Our strategy about mixed doubles, our women’s team, it was all adjusted — a lot changed. There was COVID, and a lot of things happening. We had to be very forward-thinking about what we were doing.”

He adds, “We’re quite open and we let people come in to see what we’re doing. We put a lot of focus on attention to detail, on hard work, on time and task and that’s raised the bar.”

He also says, “Maybe it’s all making a lot of countries look at what we’re doing.”