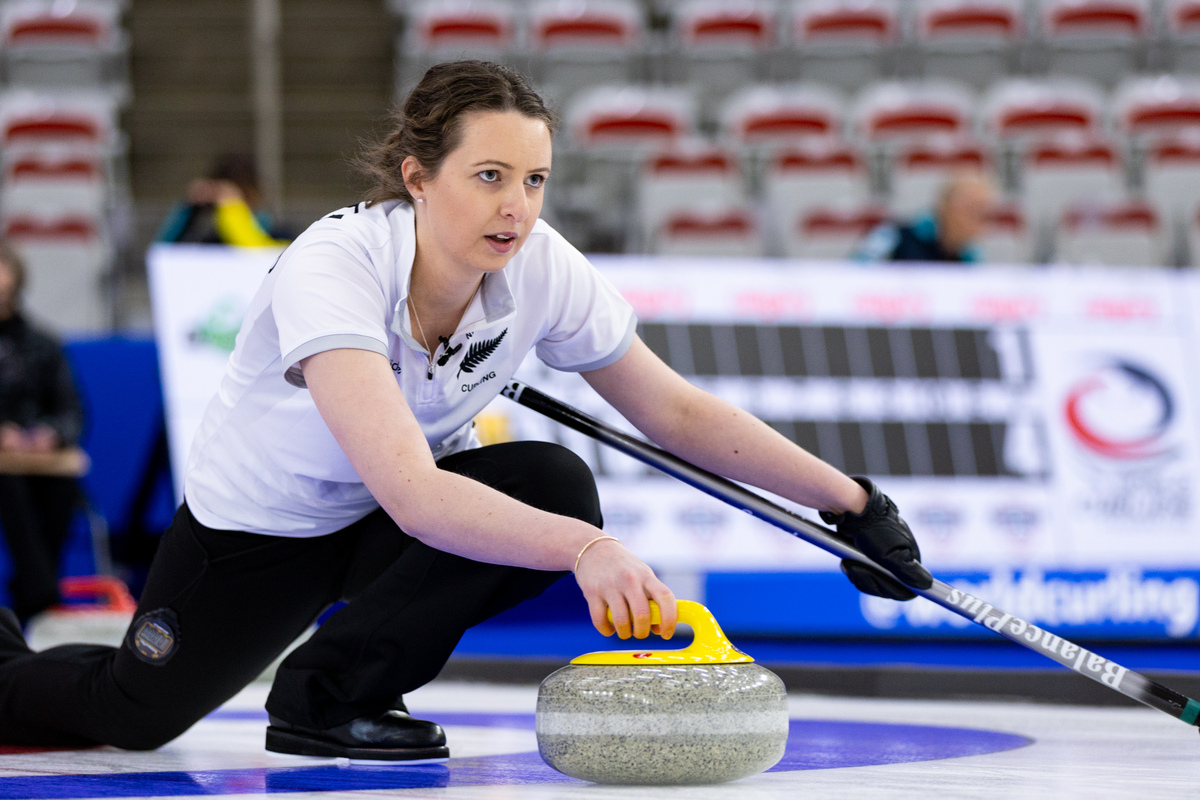 For all curling athletes, competing in a WCF championship is special. No matter whether they are a medal winner or not, every single competitor has made sacrifices just to make it onto the field of play.

And while there will be many worthy stories among the teams at the Pan Continental Championships in Calgary, no-one will have a more special background to their participation than Jess Smith, skip of the New Zealand women.

In December 2020, Jess was diagnosed with Hodgkin’s Lymphoma – a devastating blow to her family life, her professional life as a nurse and her curling life, in the sport she loves.

As she says, “You never expect that at 23 years old you’re going to get cancer.” Explaining how it all happened, she added, “I had been feeling unwell for a while and was still managing to curl. But everything came to a head and I was feeling quite unwell. It was quite a shock. I was in hospital over Christmas but really not expecting it.”

Reflecting on how she faced her life-threatening challenge, she says, “I just stuck with positive energy the whole way through. I had six months of chemotherapy, so I missed the entire New Zealand curling season. One of the most gutting things about it was that I had to sit on the side-lines, and watch. I was watching and supporting my teammates.”

Happily, she confirms that after all that medication and tests, she has had the all-clear. “I’m in remission now, from July last year,” and thinking about her curling, she says, “now we’re all back together this year.”

And it will not be a surprise to learn that Jess was given help and support from the curling community throughout the world.

She explains, “One of my good friends Mhairi Duncan spent some time in Sweden a couple of years ago and she got in touch with Team Mouat and Team Hasselborg, and they sent me some videos of support. I’ve never met these people in my life. One day I want to get to meet them and say thank you…they kept me going. So did everyone in New Zealand, the whole curling community were great. They reached out and helped me stay really positive.”

Jess is clear about one thing, though, “this has definitely made me a stronger person. I had Covid too now. I was worried, but I managed to get through it.”

“This year my goal was just to get to an international event. I wanted to be well enough to be able to compete. I know that when I need to rest, I need to rest, but I can still do it.”

Asked about her outlook on life now, she says, “I’ve survived cancer, so I’m just going to go through whatever life brings.”

“Before Covid hit, my brother and I were due to represent New Zealand at the World Mixed Doubles in Kelowna, which got cancelled. Just before I found out I got sick, we qualified again for Aberdeen, so probably one of my goals is to make it to Mixed Doubles sometime.”

Given what she has gone through, the message from curlers the world over must simply be, “good luck and good curling, Jess.”