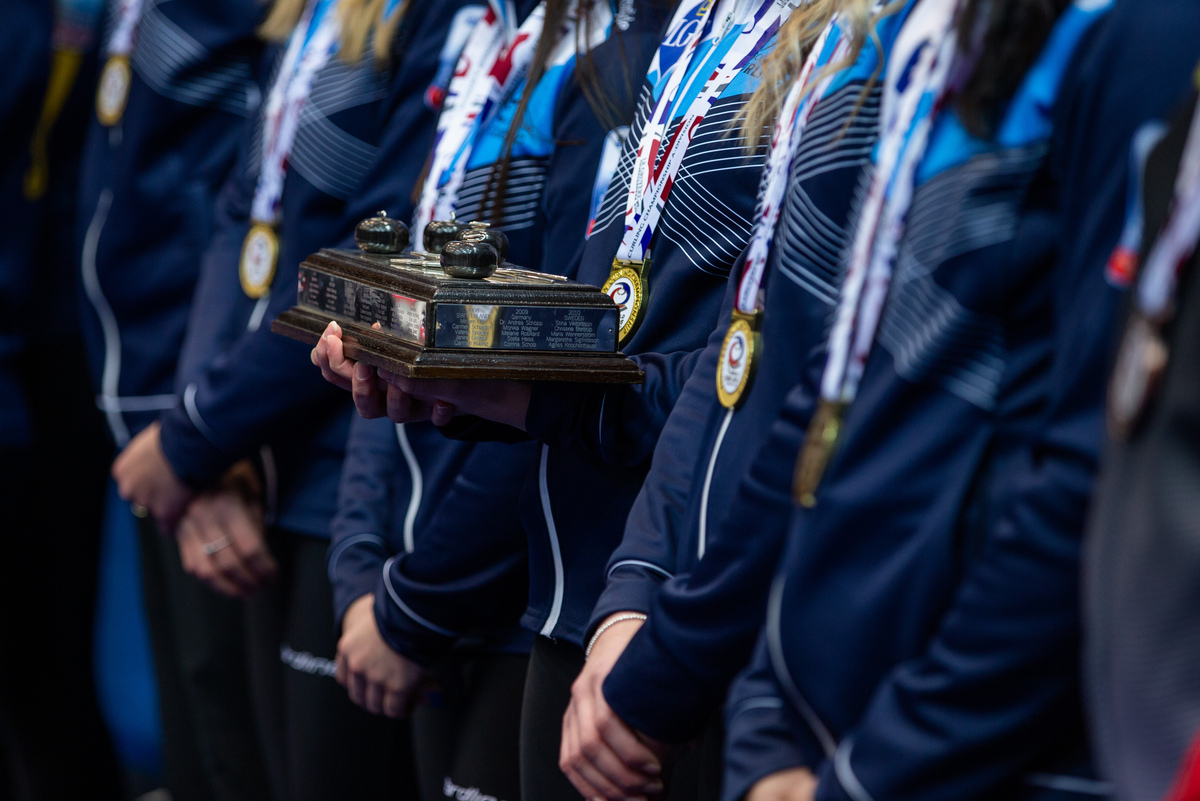 After further review upon implementation of the changes made to the World Curling Team Ranking System, it was determined that additional differentiation was necessary for events. Therefore the event Strength of Field Multiplier will now be rounded down to the closest .5 interval. These changes will retroactively be adjusted for all events in the 2022–2023 season.

The group agrees that the current ranking list provides an accurate snapshot of the top curling teams. Throughout the season, there is some fluctuation, depending on the timing of early championships, but overall, it functions for its intended purpose of ranking teams.

There are concerns regarding points earned in events late in the curling season (World Championships, Players Championship) start to be removed from the teams ranking by October, therefore the value of the points is only kept for five months, compared to a major cashspiel or early season slam, that occurs in September / October of a curling season where the points carry their full value for a calendar year.

All other calculations will remain the same.

With the upheaval of team rosters following the end of the 2022 quadrennial, a true rolling system is unable to be achieved this year. Player by player 52-week rolling could be achieved but will make the system calculations exponentially harder to understand for both teams and users of the list, without significantly increasing the accuracy.

For greater simplification the calendar of maximum number of events counting from the 2022–2023 season and the percentage of prior year points is as follows:

Note that single elimination tournaments, will be added to the allowed event structure, as long as the event continues to meet all other requirements (8 or 10 ends, 5 rock Free Guard Zone)

The strength of field multiplier will be reduced by 25% once calculated.

To provide teams wishing to create a five-player team, greater flexibility to award end of year points for the 2023–2024 season, teams will be allowed to mutually declare their breakdown based on their on-ice realities and team formations. Teams must declare by 1 February 2023 their intentions for their end of year point allocations to each player under the following options (all calculating to 100% of the teams points):

One player only rotation

These options will be included in your team registration and the World Curling Team Ranking System committee will follow up with your team to ensure declarations of intention are made.