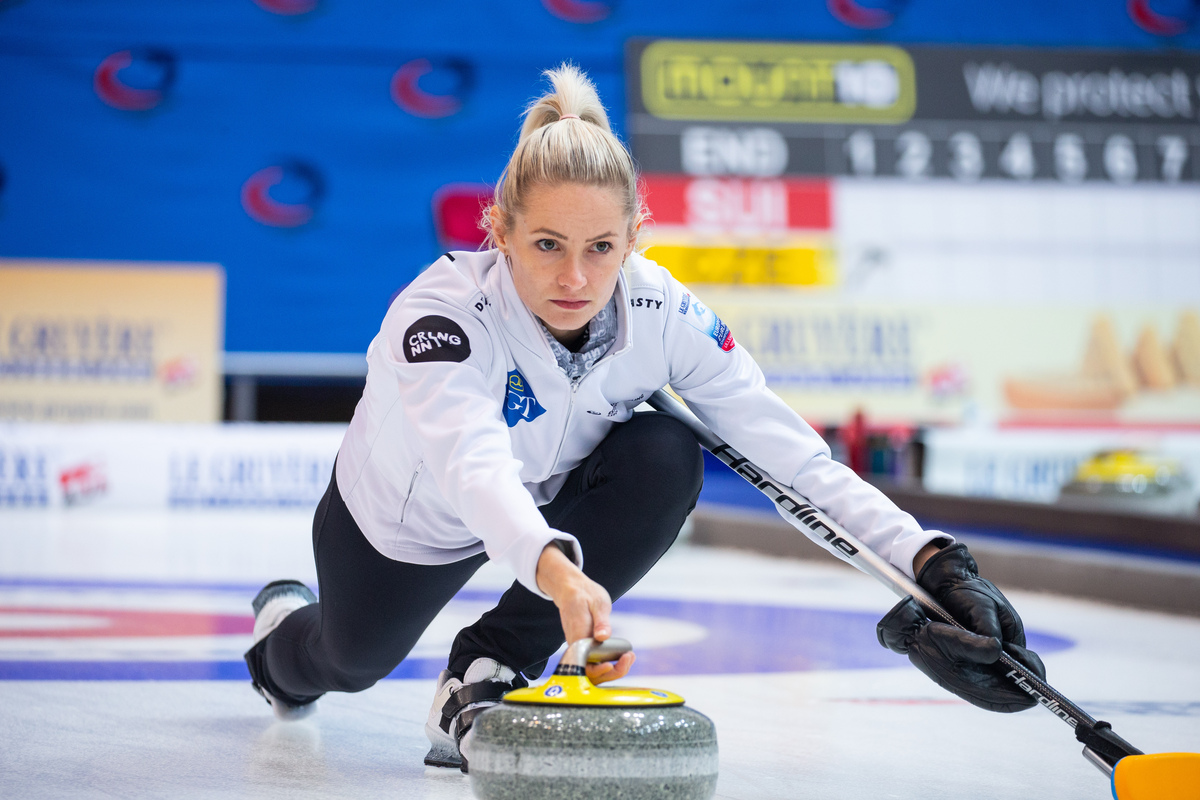 In recent years, Estonia has become a growing force in the world of European curling.

The sport—and the people who run it in Estonia—have come a long way from their early days when the first Estonian curling ice was in a converted torpedo warehouse where the skips had to use umbrellas to avoid the drips from the leaky roof.

Things have changed, and in Tallinn’s modern Tondiraba Ice Hall, with its four separate ice pads, including a dedicated three-sheeter for curling, Estonian curling has one of the most-admired set-ups in Europe.

The ongoing success in Tallinn has been down to vision and hard work by the team there. This team includes Liisa Turmann, who, when she’s not playing third in Estonia’s women’s team, is a key member of the curling management in the capital city.

And Liisa has good news to report, “We are really busy with corporate curling. Monthly we have about 30 companies each bringing ten or 20 people. With a big company like Ericsson, who have a manufacturing plant in Tallinn, we have lots of divisions taking part.”

The Estonian curlers have worked hard to make the link to the corporate world, but Liisa is very clear of the reason behind the current popularity of giving curling a go. And it’s down to the success and visibility of their top players.

“Everybody has discovered curling because of Marie [Kaldvee] and Harri [Lill] doing really well in mixed doubles. They’re playing in the Canadian Super Series and that’s getting lots of coverage in the Estonian media, so it’s getting more popular.”

Estonian curling also organises four international events on the European circuit, and they are becoming more popular too.

Liisa says, “We also have four international competitions, one for men, one for women and two mixed doubles competitions – they’re part of the World Curling Tour. All the teams know the ice is good, so now they come more often before events, or just to train in Tallinn.”

With these competitions, things seem to be progressing well at the top end of the sport in Estonia, but there’s more…

Liisa explains, “We’re doing a curling academy now. It’s a five-week course, so you can learn basic curling knowledge and then you can play on your own, and our corporate people are interested, so we always have new people coming in.”

Not satisfied with all this progress, there are now plans for expansion beyond Tallinn.

“Next, our plan is to have more curling in other cities. Most likely that will be in Tartu, that is our next mission. There is a possibility to have curling in a shopping mall that has ice, so maybe we can do it there,” says Liisa.

But while this all seems to be good news, Estonia’s ambitious programmes are now facing the same challenges as everywhere else.

As Liisa explains, “COVID and electricity prices mean that it might not be too soon for our expansion to take place.”

Another ambitious project – to build a fully-equipped hotel and resort centre next door to the Tondiraba Ice Hall has also been delayed for the moment.

Liisa says, “There was a plan to build a hotel next to our ice rink, so we can have camps, but this project is stopped right now because of the costs of materials.”

Given the drive and determination that has taken Estonian curling so far in a short timescale, it will come as no surprise to see that new hotel complex rising up sooner rather than later.