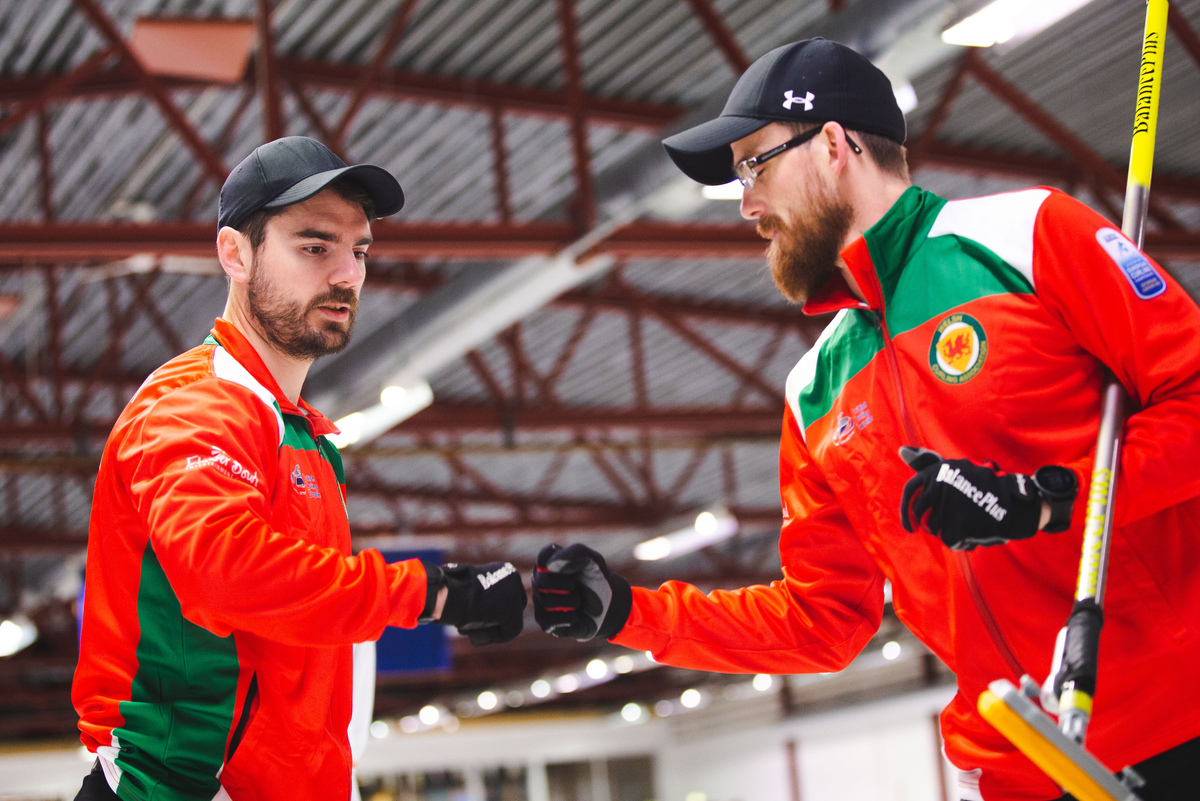 With the men’s B-Division programme now complete, the play-off situation has become clear.

In Group A, Finland picked up their sixth win on Thursday evening, an 11-4 victory over Estonia to top the rankings, and go straight to the semi-finals.

Behind them were Wales and Ireland, and they, along with England, shared a 4-3 win-loss record. However, the results among these three teams meant that Wales ranked second, Ireland third and England fourth. As a result, Wales and Ireland move onto the qualification games, while England’s campaign is now over.

The top three teams in Group B were Netherlands, France and Latvia. Netherlands and France shared the same 6-1 win-loss record, but Netherlands ranked first because they won their head-to-head encounter.

Finland and Netherlands now go onto Friday evening’s semi-finals, to meet the winner of the qualification games, scheduled for Friday afternoon. In these games Ireland face France, and Latvia play Wales.

At the other end of the tables, the first relegation games will see Ukraine play Belgium, while Slovenia play Estonia.

You can find all the results from the B-Division here.