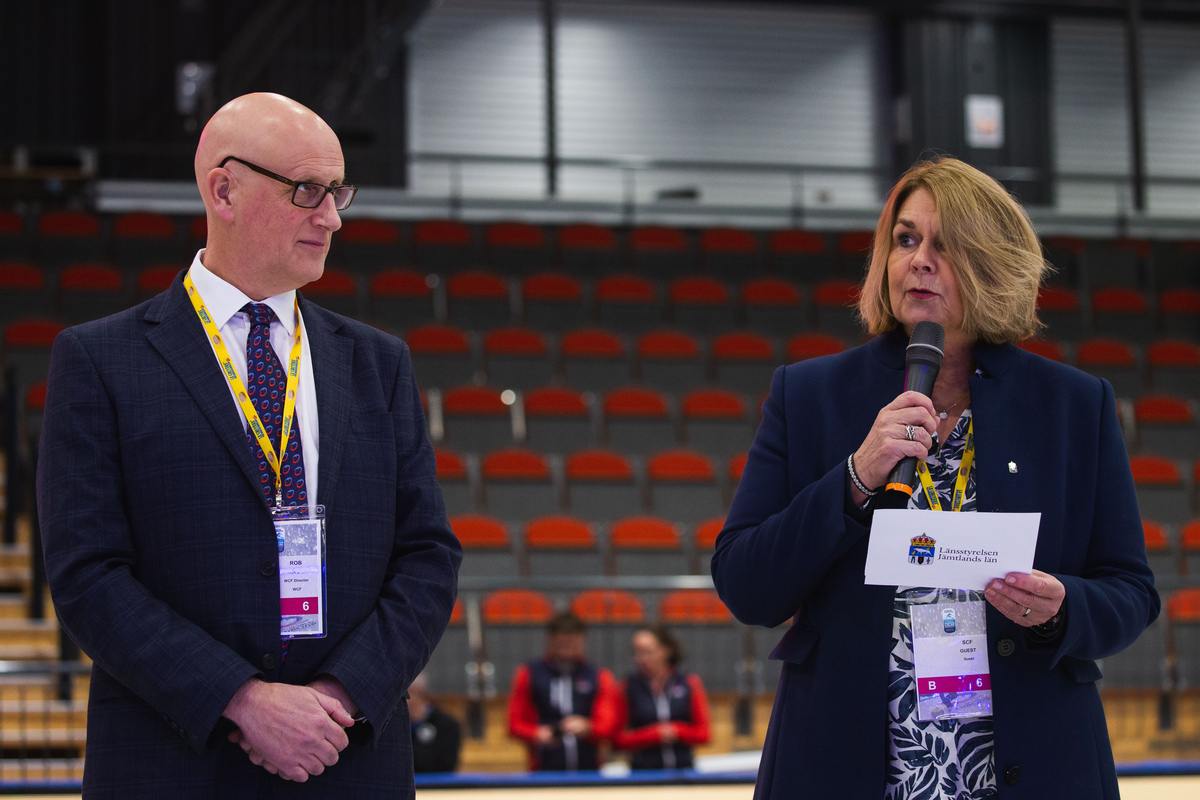 When World Curling Federation Board Member Robin Niven officially opened the Le Gruyère AOP European Curling Championships 2022, he had Marita Ljung, County Governor for Jamtland by his side. After the formal procedures were done, she was clear about her support for the event.

“There are only benefits in having a championships like this,” she explained.

“I feel very proud that these championships are here and the benefit is that it gives us enormous PR for this county and this town,” she added.

“We are a county that is very used to taking care of people. We have a lot of tourists here and I think we’re very good at it.

“We have a lot of hotels here and a lot of restaurants too, and, of course they are very excited about having a lot of people here. It’s a boost for our economy, for sure!”

The county of Jamtland is about the same size as the Netherlands, but, as Marita said, “not so many people though — 130,000, and half of them live in Oestersund.”

In the past, Oestersund was a major barracks town, but no longer.

As Marita explained, “The army went away in 2004, but since then Oestersund has been growing. This is now a city of sports and a city of skiing.

“We have biathlon, who have their national headquarters here. We also have cross-country skiing here. A lot of elite performers in cross-country and biathlon live here in Oestersund and they’ve just had great success in the Olympics.”

She also pointed out another strength that Oestersund enjoys, “We also have a university here, so a lot of sporting people can study there part-time and carry on with their training.”

She went on to highlight another strength that Oestersund has, “We also have a lot of government authorities here, there are nearly 4,000 people employed by national agencies here. There are 40 different agencies here. That has been a big boost here and the town has grown faster after the pandemic.”

About curling itself and the support the championships receive from the local volunteers, Marita said, “Curling is pretty well known here, and we have a lot of people who are engaged in their spare time to helping with events.

“We have a lot of events like this, there is a tradition here and an army of people who can help, so it’s a great benefit for the town to do this.”

It could well be that, by the end of this championships’ week, European curling will become the latest in a line of sporting communities to be thankful to the people, volunteers and community of Oestersund and Jamtland.