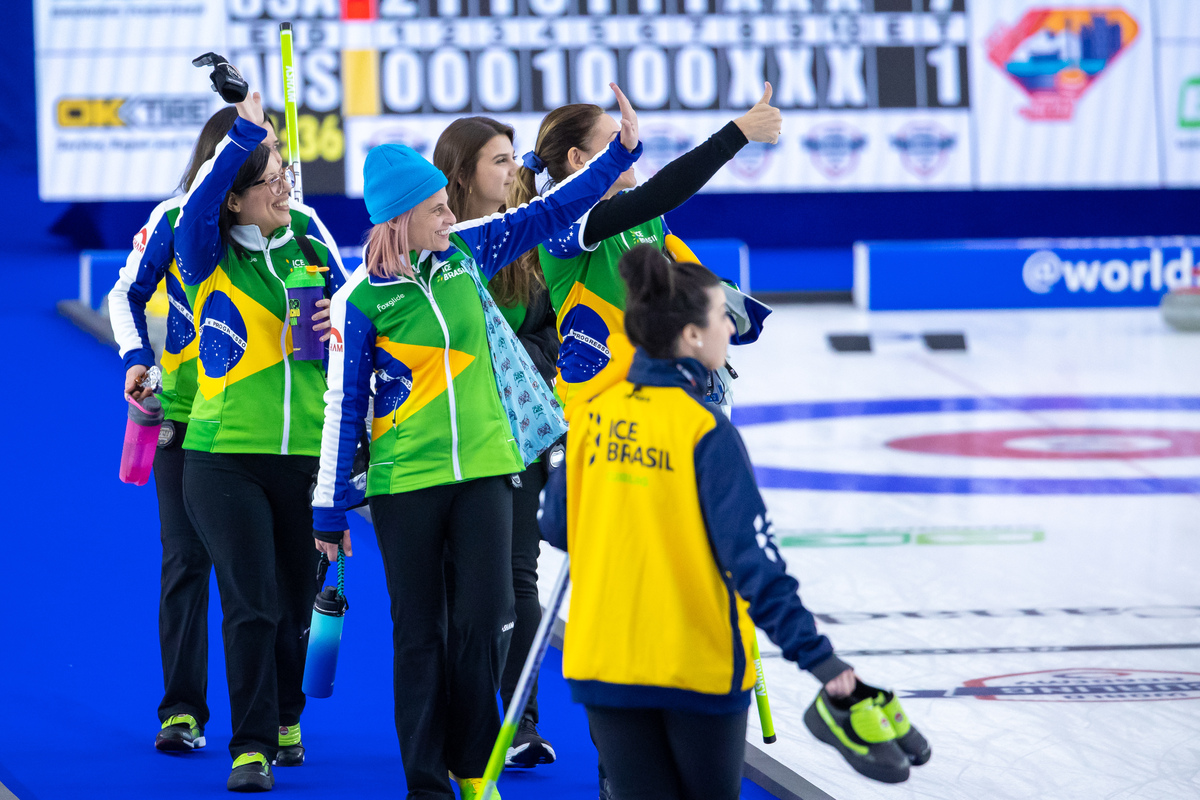 They may not be recording too many victories on the ice at the Pan Continental Championships, but Brazil’s curlers are winning in many other ways.

At the start of 2020, The Arena Ice Brasil opened, in Sao Paulo, Brazil’s largest city. With its three sheets, it became the first dedicated curling facility in Latin America. And the Brazilian Ice Sports Federation, which joined the WCF in 1998, is using this facility as the catalyst for their ambitious plans.

Until recently, the Brazilian Federation was led by Sergio Mitsuo Valela, but he has handed over the Directorship to Ricardo Losso, who are both playing at the Pan Continental.

Sergio was elected to the World Curling Federation Executive Board at the recent Congress in Lausanne, Switzerland.

“It is an honour [to be a Board member]. I’m the first South American on the Board of a traditional winter sport. I already was a member of the structural review group, so I’m super-happy to be there and I hope that I can bring the perspective of the developing nations to the Board.”

Looking at what has been achieved recently in Brazil, he says, “I believe that we are in a good place in Brazil curling. Now, we have a dedicated facility, with three sheets. When I took over as Director at the Brazilian Ice Sports Federation, we had twenty registered players and, now seven years later, we have 460 players.”

As Ricardo takes over the reins at the federation, he has a clear view of what is required, “The challenge is there. The new facility means exposure. Before, Brazilians were watching curling on TV and travelling for curling. Now, they can see we have a place in the biggest city in Brazil and they can come here.”

Ricardo went on to give some details of the plans that are currently being put into action, “The next milestone for us is to get to the Paralympics and the Juniors. We are focusing on a Junior Development Programme and a Paralympic Development Programme, which already has eighteen curlers training regularly. Now we also have forty junior curlers from the community lined up.”

Ricardo also gave some insight to a real out-of-the-box initiative they will be running. “We are also going to have a dedicated programme – with a coach – in Vancouver. Our biggest Brazilian curling community is in Vancouver, so it makes sense.”

So, the question is…how is all this being paid for?

Sergio explains, “This is being funded by the Brazilian Olympic Committee. They believe in curling and they’re giving a lot of support. And now, we’ve been able to bring over a coach to help with the training.”

And, as evidence of progress, Sergio says, “Two months ago, we had our first Brazilian championship played on Brazilian Ice. It was broadcast live on the Brazilian Olympic Channel and we had thousands of viewers on the first day.”

Considering their performances on the ice at the Pan Continental Championships, where relegation to next year’s B-Division looks inevitable, both Sergio and Ricardo are realistic.

Ricardo explained, “Until now, curling in Brazil has been an ‘old’ sport – our skip Marcelo Cabral has played in eight Americas Challenges, all the way back to 2009, but right now, we are in a different place, and we will bring a new generation. We were so silo-ed with the Americas Challenge, now with this event, we are playing seven games in a row against different teams. The challenge, the environment is different. This event is our way to the Worlds.”

And for evidence of the development of a new generation, they need look no further than Giullia Rodriguez, fifth player on the Brazil women’s team at this event.

Sergio says, “Giullia started curling this year in Sao Paulo and she was in the top-ranked Brazilian mixed doubles team. She qualified to play in the Brazilian nationals and did very well. Because of that, and to help develop our local players, the girls invited her to be their alternate. She was ‘formed’ in our arena and we’re super-proud of her.”