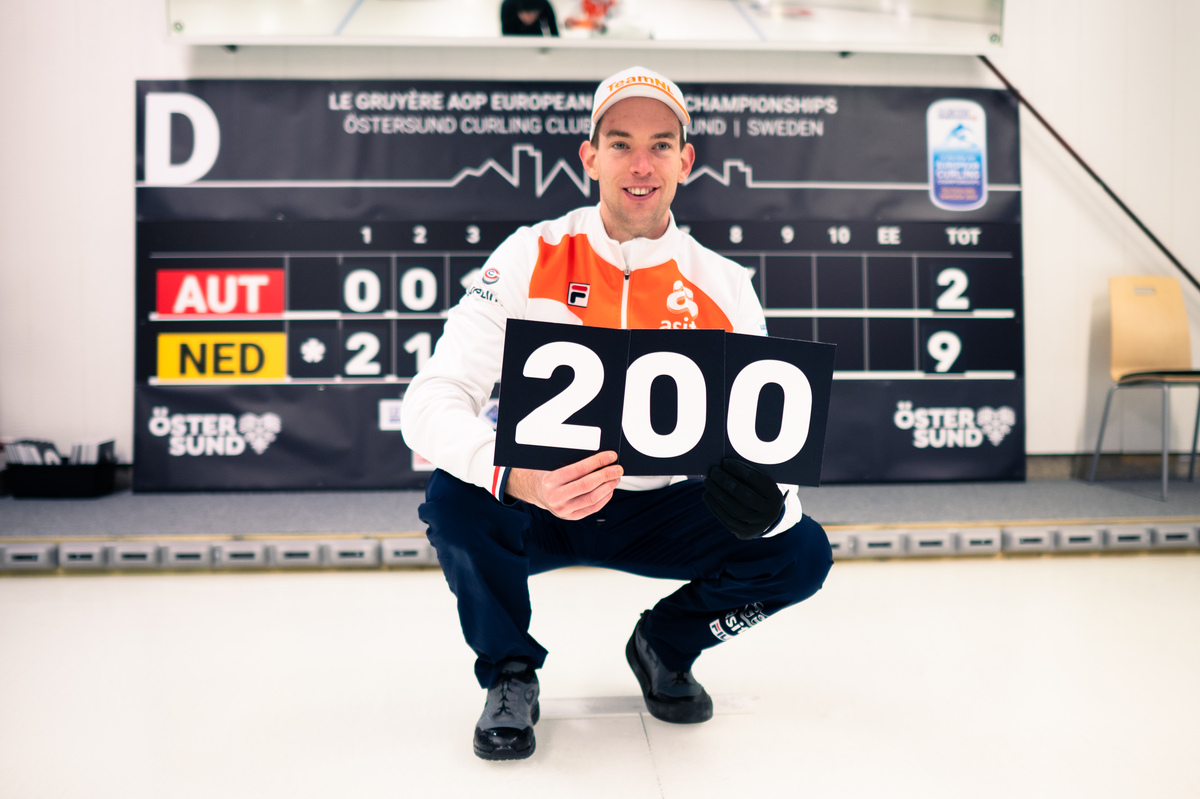 Not only did Saturday morning’s 9-2 victory over Austria give Netherlands a winning start to their round-robin campaign in the B-Division, it also marked the 200th appearance for his country by skip Wouter Goesgens.

At just 24 years of age, this is a remarkable achievement for one of the mainstays of recent Dutch performances, as he readily admits.

He went on to explain how it all started, “My first championship game was when I was 14 when I played for Netherlands in the European Junior Challenge, in Tarnby, Denmark, in 2012.”

And how did it all start when he was even younger?

“One day I went to the curling rink in Zoetermeer, near the Hague, with my dad. I thought it was a cool sport and it was fun, so I kept playing and got into the juniors.”

Wouter then turned his attention to the task in hand in this week’s B-Division and said, “Our target now is to qualify for the A-Division next year and hopefully get back to the worlds.”