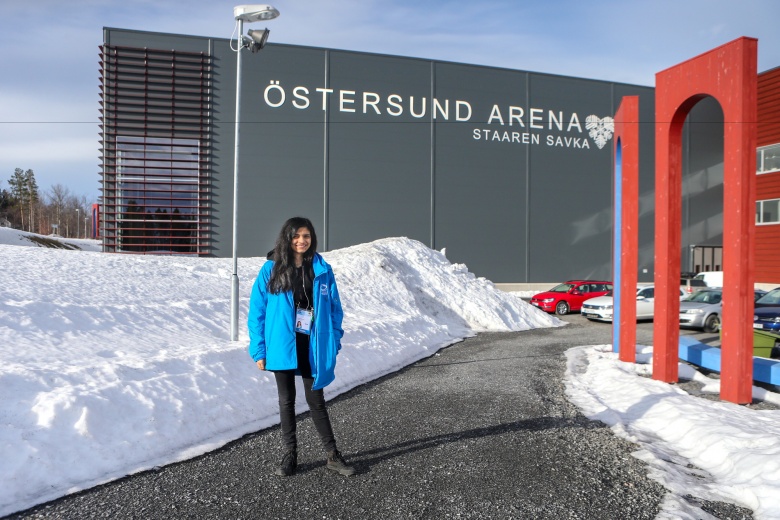 She is the latest competition winner of the World Curling Federation Sports Media Trainee Programme.

Among her duties this week is to contribute to this blog, recounting her experiences from her first international curling event.

The championships ended yesterday, and so has my week in Sweden. So this will be my final post, something that my predecessors have often used as a way to reflect on the week. Sitting here on the flight back to London, I’m still not sure what the best way is for me to ‘reflect’. Although, something that Mike asked me yesterday has been stuck in mind, and so I think that I’ll use this post to answer his question – what advice would I give any future trainees?

Here’s what I would say –

Don’t be afraid to take the leap – Applying for this programme was an impulsive decision, and I’m really glad I did, because this has been one of the best professional experiences I’ve ever had. Following an event as fan, you would think there’s not a whole lot going on behind the scenes that you wouldn’t know about. Somebody plays, somebody records the scores, people write about it for you to read. It’s only after being here that you begin to appreciate the people and the hours of work that go behind the process. So if you have even the slightest interest in this programme and this game, go with instinct and apply.

Speak and listen, as much as you can – This is a place where you’ll meet people from places you’ve never been to, or potentially of which you’ve never even heard. Talk to as many of them about as many things as you can. It doesn’t just have to be the winners, doesn’t even have to be about the game. The stories you’ll get here are the stories you’ll tell everywhere. Same goes for people you’re working with, don’t hesitate to ask questions, no matter how silly and share ideas, even if they get shot down. Heed closely any advice you get, and you will get a lot of it.

Have a sense of humour! – This was one of the things on the list of things to bring Mike sent me, and rightfully so. Long days of work can be fun but tiring, but take it in stride and have a laugh, even at your own expense. Not only will it help burn the residual energy from endless cups of coffee, but also keep up your enthusiasm for being where you are. As the cliché goes, a smile goes a long way.

So this is it from me this week. I’ll sign off with my favourite goodbye quote- “It’s all said and done. It’s real, and it’s been fun.”

Taking in the city

The last few days have gotten us all into a rhythm. Prepare the pre-game tweets and photos, watch the games, get the quotes, and write the session roundups. Then maybe get some food and do it all over again.

These days have also given me a better chance to see the city of Östersund in all its shapes and sizes. It all started on Tuesday, when I missed the bus to the venue by a second and had to walk. I had been told that it’s not that hard and long a route, but of course me being me, I read the map wrong a got lost twice. Oh and did I mention this was the morning after it had snowed again? Yup, I think I’m over it now.

Point is, between walking past the tiny quiet houses and crossing the big, proud stadiums, I realised that Östersund is actually two cities – the small town where everything closes at 6 pm; and the sport-obsessed city that has churned out athletes on the world stage.

This concept of mine was strengthened on Thursday, when for a feature I spoke to members of the city’s sport community. Talk about having your fingers in too many pots. From curling to football to biathlons, there is so much going on here at all times. I was left wondering how they manage it all without losing their minds. In the evening, I saw the “Vårkväll” or spring night in the city centre, when the shops stay open and you can actually see people on the street. Of course come 10 pm, and they’re all back home in a jiffy.

Maybe there are plenty of cities like Östersund. Maybe I’ll see more of them soon. But till I do, Östersund for me will be a confusingly fascinating place. 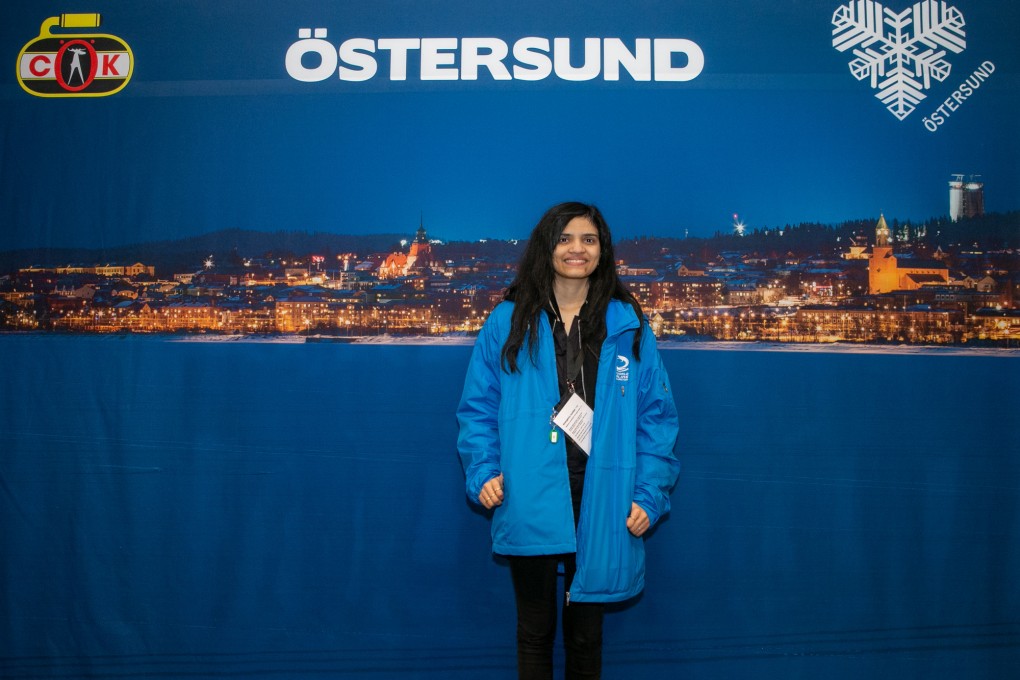 A little bit of everything

I hate managing social media. I really do. I just don’t have the mind for thinking about hashtags and trends. But this week, I decided to try it out. After all, I’m here to learn new things. So might as well learn this too.

Yesterday, Emily taught me how to upload pictures for the Mixed Doubles and Seniors Facebook pages, and send out pre-game tweets. Sounds kind of an obvious thing to know right? But as it turns out, there is so much to be aware of when doing it that I would have never considered. Like using the correct flag emojis (believe me, people are looking), or knowing the appropriate amount of pictures to post. These are small details, but when the world’s watching, you have to pay attention.

Speaking of watching, I have been sitting in the TV broadcast rooms for a few sessions. Since I am on broadcast pathway at University, Joanna (Kelly) suggested I see how they work when taping the games live, either on YouTube or for other broadcasters. And it is so well-organised. Everyone knows exactly what to do and when to do it. If there has been any crisis, I wouldn’t be able to tell.

Also, another fact I learnt – Joanna went to the same University (City, in London) that I do. How small is this world? 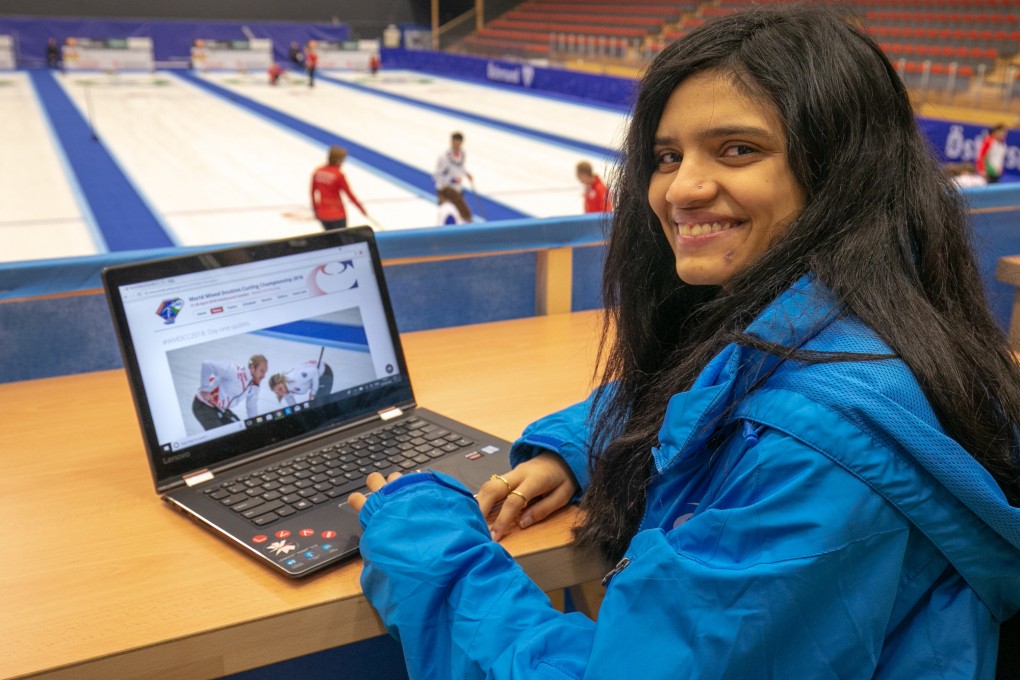 Watching a live game of curling is nothing like watching it on TV. I’ve only seen it on a screen before, and there’s so much you miss. After only three days here, I understand the game a lot more than I did three months ago, when I obsessively watched every match I could find online to prepare for this week.

After watching the first session on Day 1, Emily (Dwyer) took me with her to get flash quotes from the winners. It’s not that hard, and I learnt it’s a good way to build a rapport, so both the interviewer and interviewee get comfortable next time they speak.

After I felt like I’ve gotten a hang of it, the bosses think it’s a good idea to get me started on features. My first, thanks to Mike, is about Anette Norberg, double-Olympic gold medallist and skip from Sweden. Just reading her biography, I was in awe. Not going to lie, I was incredibly nervous about talking to her. I actually don’t think I’ve interviewed a more experienced athlete, and I didn’t want to get it wrong.

When I finished writing that story and another one about Guyana and Japan, I sent them off to be assessed. Mike was really kind with his feedback, he told me what I did right first, which really took off a little pressure.

Just hope I can improve as we go along! 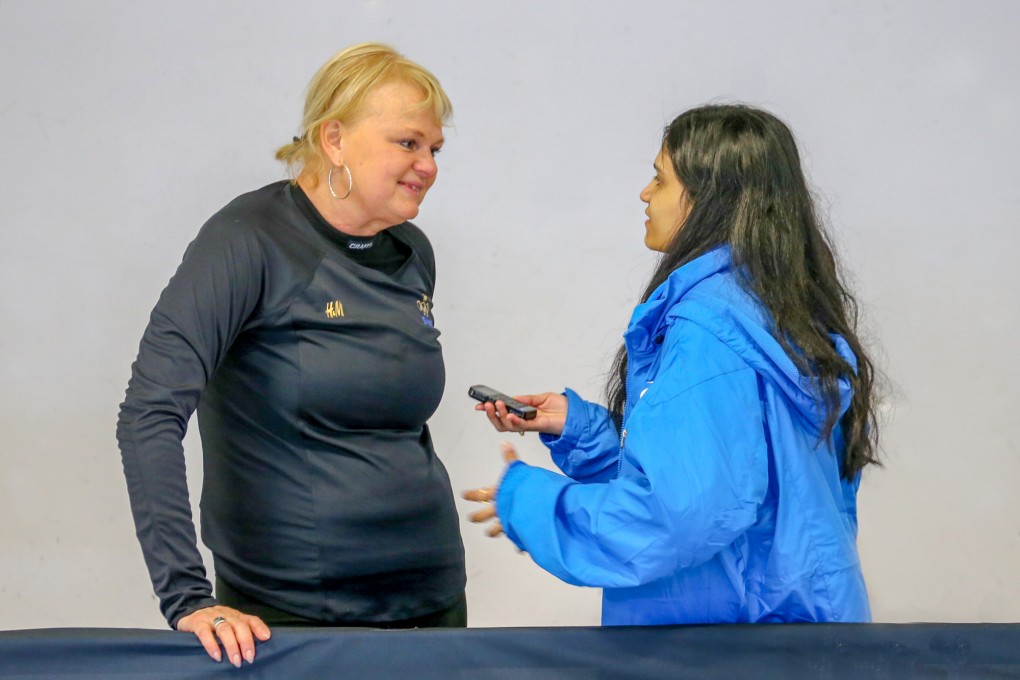 My first thought after I stepped on Swedish land – I’m in Narnia. For someone who had gone almost 21 years without ever seeing snow, the sight of mounds of it just casually heaped on the side of the road was unreal.

I should explain. I’m from a city called Chennai in South India, where the weather ranges from hot to little less hot, with a brief spell of disruptive rains. So I got a little excited when I walked out of the airport and saw the snow, even if it wasn’t all that cottony.

Obviously, I couldn’t go crazy over it. I was with people who were essentially going to be my bosses for the next few days. I had to play it cool.

The last two days in Östersund (a place I’d never heard of, btw) it’s been all about the stories. The WCF team has had a busy season, or rather, busy couple of seasons, and now they’re looking to tell the tales. So I’ve been hearing plenty about Vegas, Korea, even North Bay (another city I had to Google). I love it – hope I get yarns like these to share someday!

Not that that’s all we’ve been doing. Yesterday we came to the arena, and Mike (Haggerty) showed me around and told me what to expect for the next few days. I’ll be honest – It’s a bit overwhelming. It’s one thing to imagine what it’ll be like, and another to be smack down in the middle of it. Still, everyone has been nothing but nice and encouraging, and now I figure, well if 20-odd people I’ve never met before believe I can do it, who am I to think otherwise? Just need to push on and give it all I got!