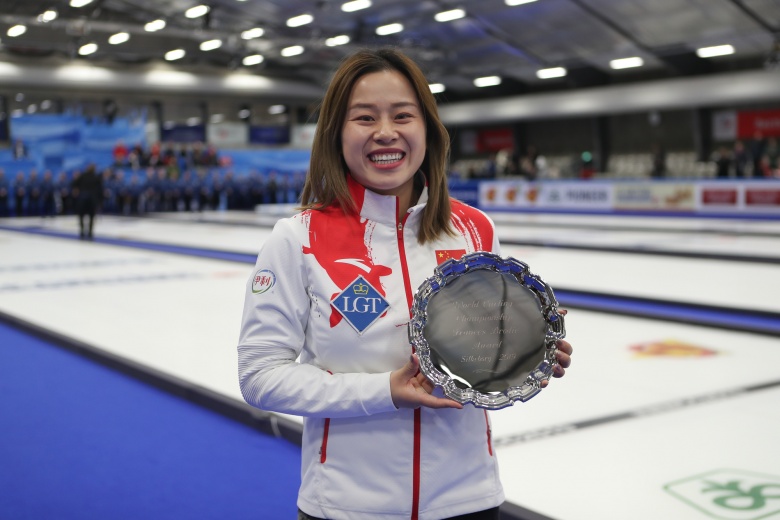 In 1989, her contribution to world curling was recognised by the Federation with the introduction of an award in her name, which has been presented at the conclusion of each World Women’s Curling Championship since then.

The recipient is selected by the curlers participating in the event, to honour the curler who, “by deed and action in the course of their performance, best exemplified the traditional curling values of skill, honesty, fair play, friendship and sportsmanship.”

For many years, Frances attended these championships to make the presentation herself and until her death in 2006, she wrote to the recipient to offer her personal congratulations.