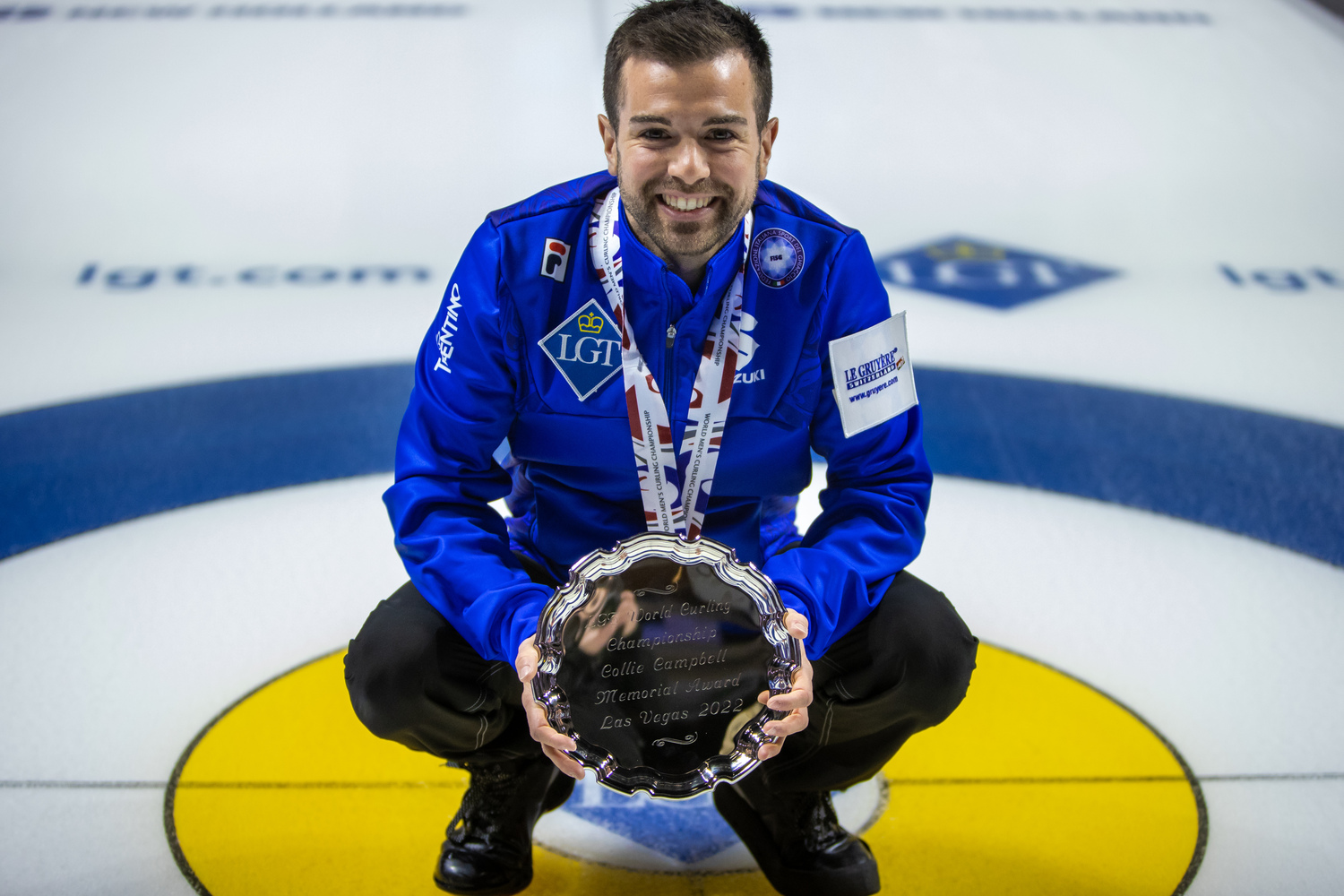 The award is a fitting memorial as the wording on the original plaque says:

“Presented annually to the player selected by his fellow competitors in the World Curling Championship for the Air Canada Silver Broom who best exemplifies the traditional curling values of gentlemanly skill, fair play and sportsmanship that Collie Campbell strove to perpetuate as a curler and as president of the International Curling Federation (1969-1978).”

Good sportsmanship was important to Campbell. He always said “Curlers do not need an umpire or a referee or rules. They govern themselves as gentlemen.”

He was a man of many talents, abilities and interests. His chosen profession was that of a Mining Engineer. In the 1930s he became one of the youngest members of Parliament in the Federal Government of Canada. Asked to join the Provincial Government of Ontario, he held the post of Minister of Mines, Energy and Resources. When war was declared in 1939 he immediately signed up and, because of his expertise and contacts with miners, was put in charge of forming the tunnelling company of the Royal Canadian Engineers. Over the course of the next six years, until the end of the Second World War, he distinguished himself well by rising to the rank of Brigadier General and received the Distinguished Service Order, the Order of the British Empire and other honours from Britain, France and the United States. Most of his leave was spent in Scotland ‘Bonspieling’. The curling contacts he made at the time were invaluable to him, particularly for his tenure as President of the Canadian Curling Association (1947-1948) and later for his work as President of the International Curling Federation when he transformed the Scotch Cup into the World Curling Championships.