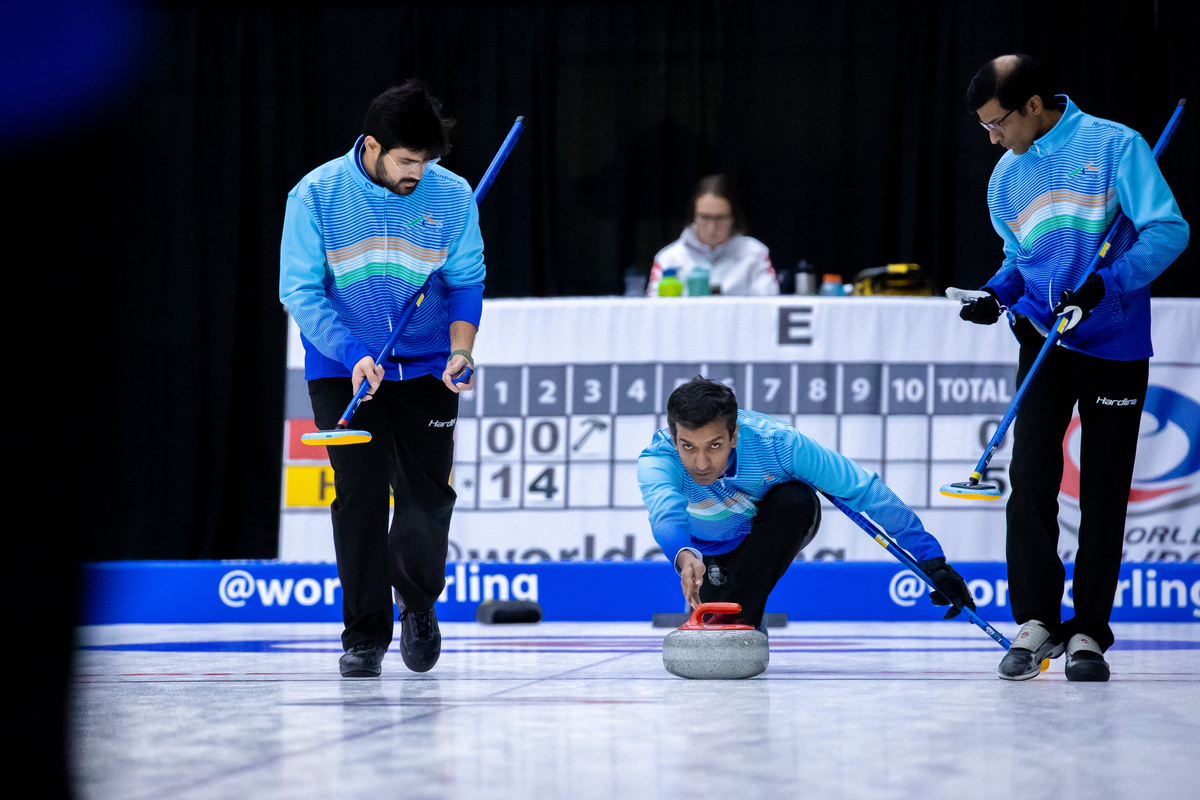 The inaugural Pan Continental Curling Championships, recently staged in Calgary, Canada, have been deemed a success by almost everyone involved.

Certainly title-winners Japan women and Canada men have every reason to celebrate success, as do B-Division winners, Chinese Taipei women and Guyana men, as both these teams gained promotion to next season’s A-Division and a direct tilt at world championship qualification.

There were other notable firsts scattered throughout the event, and one of these was the continued emergence of India.

Playing in only their country’s second-ever WCF championship, India recorded their first-ever men’s win in the PCCC B-Division’s opening session, beating Kazakhstan by 7-6 in a tight encounter.

This came in the wake of India’s first-ever international appearance a few weeks earlier when they took part in the World Mixed Curling Championship in Aberdeen, Scotland, recording three victories on the way. They beat Slovenia and Portugal, both by single-point extra-end wins, as well as enjoyed a less stressful 6-3 success over New Zealand.

This put them into second place on the rankings and they went on to face Kazakhstan again in the semi-final, winning again, by 9-3, to face Guyana in the final.

Guyana went on to win that final by 8-5, leaving India with the consolation of silver medals on their men’s team first-ever championship outing.

As well as being skip of both the men’s and mixed teams, P. N. Raju has been behind a lot of other effort, aimed at making Indian curling grow.

After the opening win over Kazakhstan, he said, “We’ve played together for more than five years now, and this is our first WCF event. We’ve put in a lot of work and effort, so it’s great that all the hard work has paid off.”

Trying to put India curling’s competition achievements into a broader perspective, he added, “For a country like India in a winter Olympic sport, this is a big achievement.”

And Raju is happy with the other curling progress being made by India, explaining, “It’s been going well. We’ve been able to do a lot of events in India – floor-curling and curling on ice. We did two ‘learn-to-curls’ in January and March in the Kashmir region. We had 400 people turn up and it was great. We ended up doing a small national championship, and we’re planning to do that again in January.”

He also highlights a major milestone for the sport. “The Indian government has recognised curling as a sport which will be part of the Indian Winter Festival. Just the recognition from the government is very important,” he says.

Looking forward, he adds, “The future is hopefully competing at WCF events and doing well, and also trying to grow the sport at home and with the diaspora. The biggest challenge we have is that the India government does not recognise dual nationality, so we have to find people living in countries who have Indian passports.”

So far, the exposure that curling has received in India gives a clear indication of its popularity.

Raju explains, “If you look at the winter Olympics, the stats show that, on television, curling was the most popular sport in India.”

And to emphasise the potential that exists, he adds, “The more we compete, the more we get messages from people asking how they can get involved. We’ll be doing camps for people who live in India and for people who show talent and potential. We did a camp last year, and we’re planning to do a couple more next year, so hopefully we’ll find more people next year and grow the base.”

The Indian men were supported by Canadian coach Darren Moulding at the PCCC, and he gave some background to his involvement.

“Raju and I met in California in 2016 to play at the Golden Gate Spiel there. I could see a lot of talent in him, and we became friends over the year. I told him that he could come to Lacombe [in Alberta, Canada] and train with me any time. Raju then asked if he could bring his whole team and we did a training camp. We had another training camp before this event, too.”

It’s clear that Darren is enjoying his experiences with India. He says, “There’s a lot of potential there.  Raju has all the skills to be a top skip in my opinion. If there’s knowledge and there’s the desire, being competent is definitely possible.”

And it’s clear that Darren has ambition for the future of Indian curling too, just like Raju. He says, “We want to have some depth in the programme where we can have a couple of men’s teams that go and play in different events – that’s the vision going forward.”

The Curling Federation of India became a WCF member in 2019. Three years later, it is now making its mark in championship competitions… and, in three years’ time? Watch this space.