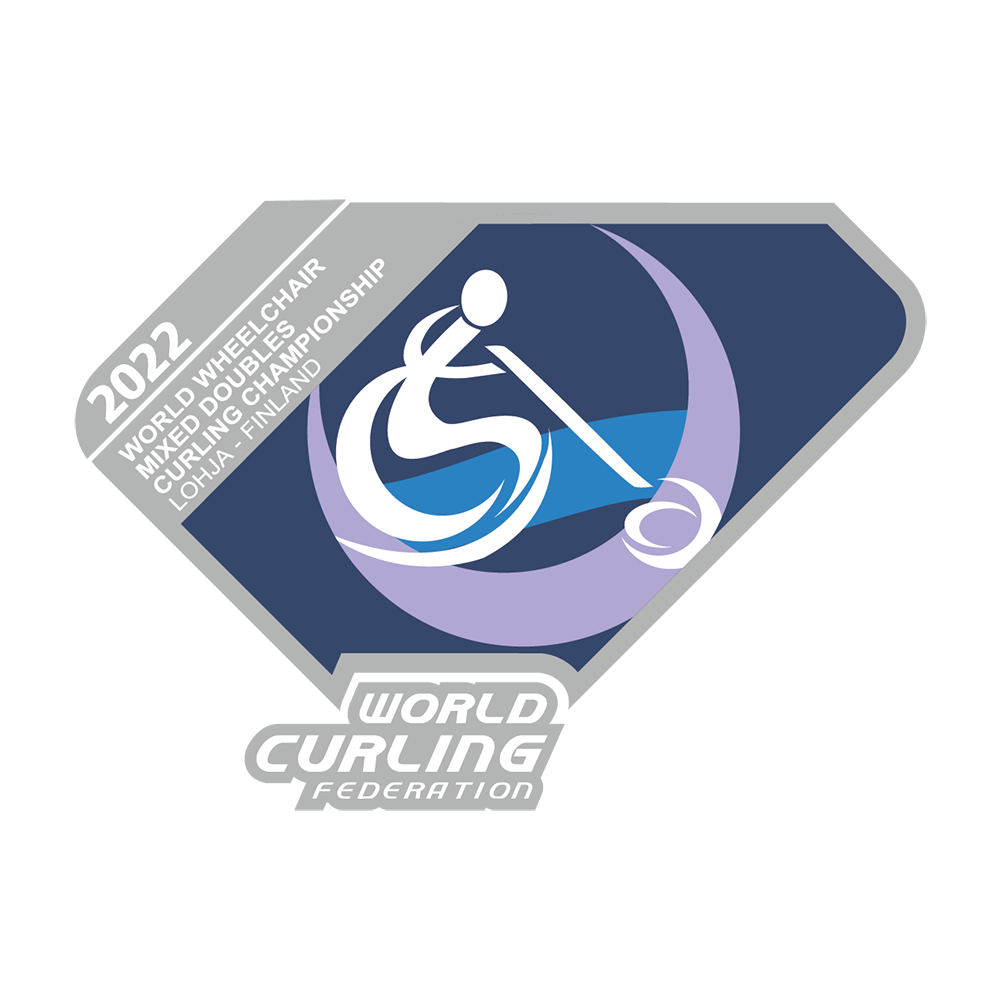 The World Wheelchair Mixed Doubles Curling Championship is open to any of the World Curling Federation’s 66 Member Associations. Teams will consist of one female and one male wheelchair athlete.

The LOC have setup the following website that will have access to basic streaming of select games – https://wcf.co/3vx75yb

The 18 teams are split into two groups for the round-robin stage. At the conclusion of the round robin, the top three teams in each group will progress to the play-off stage.

Eight end games are scheduled with a minimum of six ends must be completed.

The first ranked teams in each group will receive a bye to the semi-finals, while the teams ranked second and third in each group will play in a qualification round. The second place team (A2) from Group A will play the third place team (B3) from Group B, while the second place Group B team (B2) will face the third place Group A team (A3).

The players can choose, as an option (besides a delivery with no-one holding the chair or the team-mate doing that), to get help to hold the chair from the Ice Player Assistant (IPA).