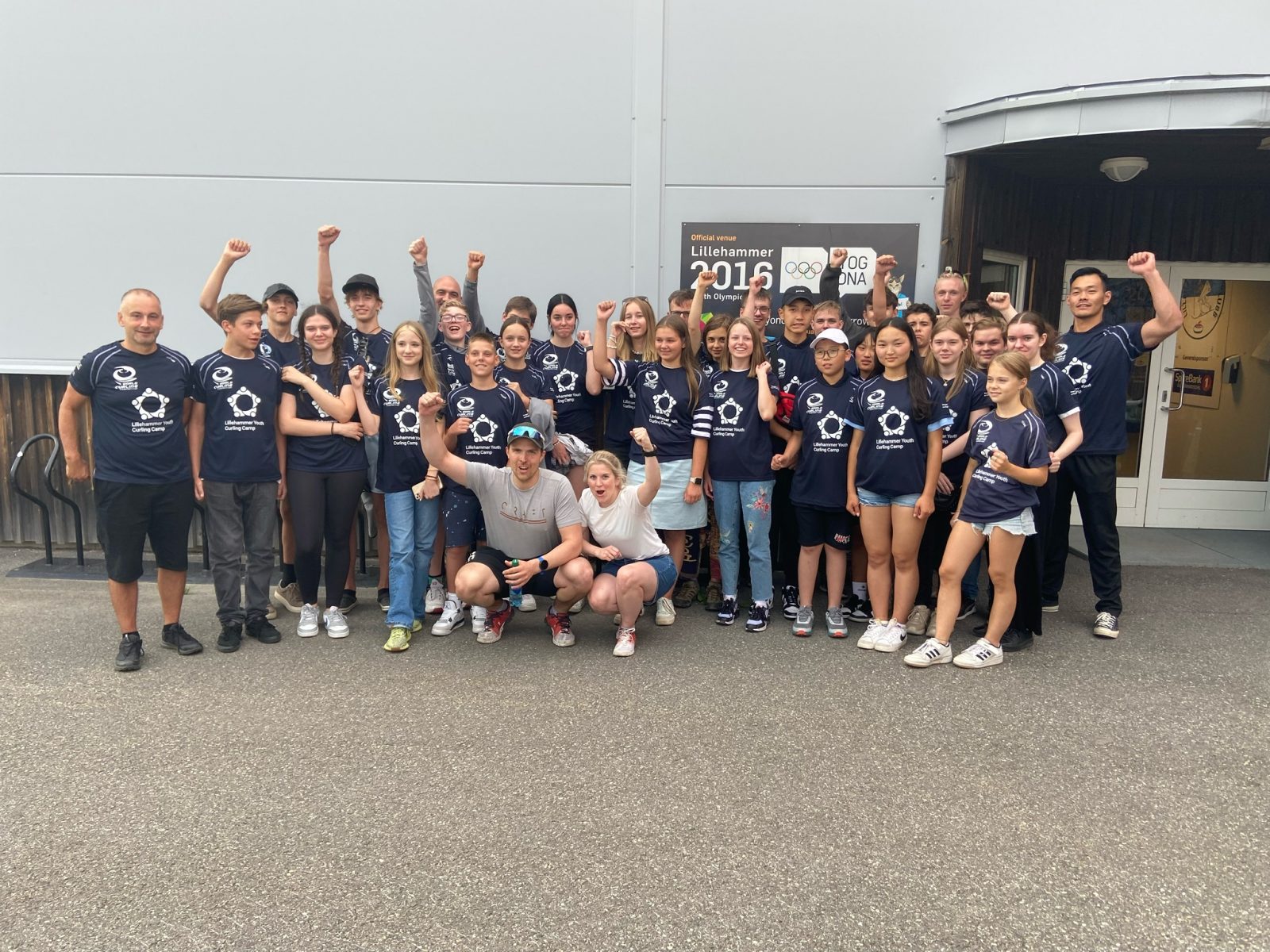 The World Curling Federation, in cooperation with the Olympic Solidarity Programme of the International Olympic Committee (IOC) and with the support of the Lillehammer Olympic Legacy Sports Centre (LOLSC) and the Norwegian Curling Association as hosts, held the World Curling Academy Youth Training Camp 2022 from 14–20 August in Lillehammer, Norway.

44 World Curling Federation Member Associations were invited to send their applications to the camp, as their countries had been identified as having had less than 50 athletes at the previous Olympic Winter Games.

Eight WCF Member Associations sent 2024 Youth Olympic Games aged athletes to the camp including two Members that had never participated in a WCF camp before. The participating countries were Australia, Belgium, Denmark, Kenya, Latvia, Lithuania, Mongolia and Romania. For some athletes, this was their first time on dedicated curling ice but by the end of the week, they looked like they had been playing for years.

Educators from the LOLSC and World Curling Academy led classroom sessions. In the evenings, the team coaches had the opportunity to learn from world-class curling coaches about ways to develop their teams and help them prepare for competition.

The on-ice activities took place in Kristins Hall, a multi-sport venue that was built for the 1994 Olympic Winter Games. The curling competition of the 2016 Youth Olympic Games was also held there.

During the week, the camp was treated to a number of visits. Two members of the 2020 Youth Olympic Games gold medal winning team from Norway, Grunde Buraas and Lukas Hoestmælingen, shared their experience from the Games. Campers were also treated to visits from Kristin Brynildsen from the IOC, WCF Vice-president and 2002 Olympic gold medallist Bent Ramsfjell and his that-time skip, Pål Trulsen and Norway’s most recent Olympic medallist curlers, Kristin Skaslien and Magnus Nedregotten.

Marcy Forge, a participant from Australia, spoke about her camp experience with great enthusiasm: “I loved the camp. I loved getting to meet all of the people from different countries. It was really fun! I learned a lot about the importance of teamwork and how to communicate with everyone.”

Thinking of her fondest camp memory, she mentioned the karaoke party on the last night, while talking about utilising the learnings of the camp, she added: “Confidence and perseverance. It’s important to keep trying and you’ll get better.”

Reflecting on his experience, another camper, Denmark’s Jacob Schmidt said: “It was well-organised, and there was always something to do. And fun to meet people from all over the world. I learned about the importance of nutrition. How to make new friends. Curlingwise, I got to brush up on many skills I already had. You have to eat something every four hours.

“The physical training was very fun and I learned how to stretch out and warm up properly, which I will continue in my daily practice”, he added.

After the successful camp, World Curling Federation Head of Development, Scott Arnold, said: “The Olympic values of excellence, respect and friendship were on full display for the entire week. It was amazing watching youth from three different continents come together and form new friendships that will last well beyond the camp. The spirit of curling is alive and well.

“Special thanks to IOC Solidarity, Lillehammer Olympic Legacy Sports Centre and the Norwegian Curling Association for all of their help to make the camp a resounding success.”

You can find more pictures from the camp here.