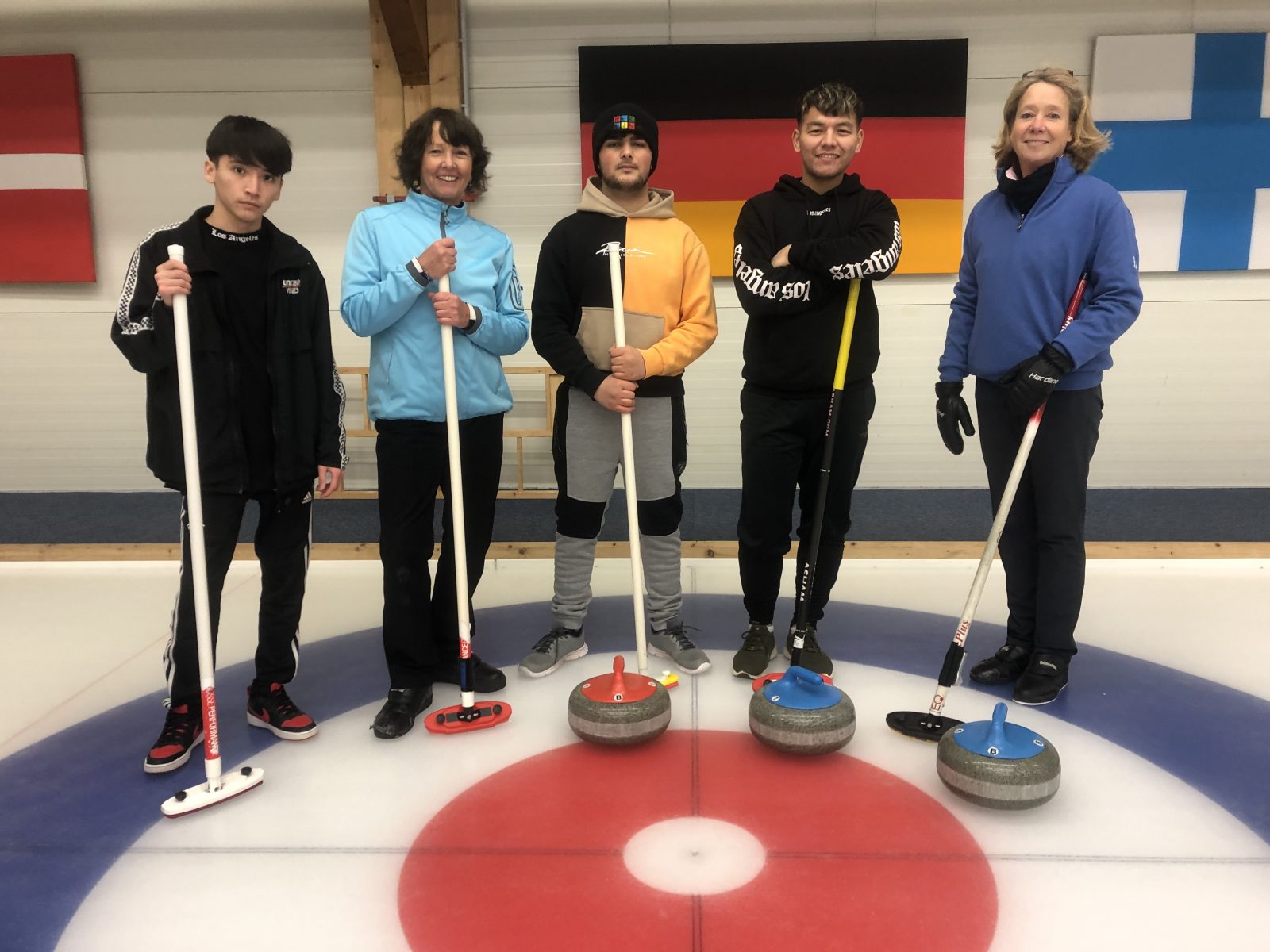 Ali, Jawad and Shakip from Afghanistan, Anssaro from Guinea Bissau, Asia from Iraq and Seynabou from Senegal — aged between 15 and 17 years — are all refugees, living in Hamburg, Germany and studying in the refugee class of a sports-orientated school, named Stadtteilschule Alter Teichweg.

It was an emotional moment, when their team won a round-robin game at the German High School Curling Championship, a tournament that took place from 4–6 March in the town of Rheinmünster.

After this success, an unbelievably proud team left the ice at the Baden Hills Golf and Curling Club.

The team members started their curling career in late October 2021 at the Curling Club Hamburg, as their high school has a cooperation with the club. Having never been on curling ice before, the six students learned to slide, to deliver and to sweep.

Gabi Unger, a club member and sports teacher organised a weekly training session with curling coach Axel Detert. The language barrier was not a real problem.

At the time, Ali and Jawad and Asia had been living in Hamburg for eight months and picked up enough German language skills that they were able to translate most of the instructions.

The group learned really fast. Their main goal was to participate in the German High School Championship. Not only a curling tournament for students, it also involves challenges in demonstrating curling techniques and a curling quiz as part of the championship.

The squad found great motivation in a video that two-time World Women’s champion, Colleen Jones sent them from the Olympic Winter Games in Beijing.

After five months of training with several practice games behind them, the team was excited to travel to the southern part of Germany for the Championship.

The team won two out of their six games — a good record for a beginners’ team. They showed good sliding technique and managed to answer the curling quiz questions in German.

But more importantly, they improved at school while they were preparing for the tournament.

Focussing on the big goal, the young students realised that they needed self-discipline to become a team. Learning to come to the training sessions on time, and dealing with defeats and disappointments on the ice had a positive impact on their performance at school, the supervising teacher noticed.

By participating in the German High School Championship the team learned that it is possible to reach a goal when every member strives to give their personal best and support their teammates.

When their curling season came to an end in March, they had already applied for more training on curling ice next winter.