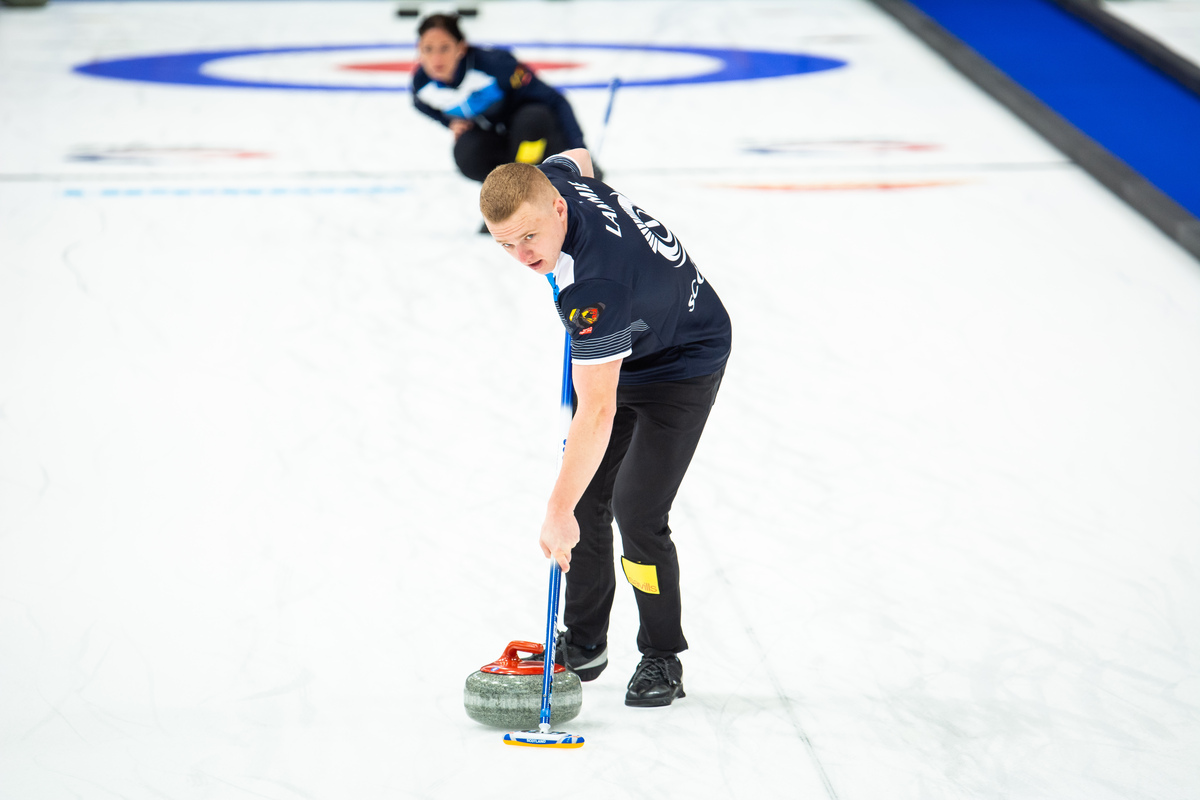 The Group B teams played their second games in Sunday morning’s fourth round-robin session of the World Mixed Doubles Championship, and there were second wins for Canada, Scotland and United States as they now share top spot.

The other session winners were Czech Republic and Germany, who both had their first victories.

In the first end, when a hit by Canada’s female player Jocelyn Peterman went wrong, the Spanish duo opened with a steal of one.

Canada recovered from this, and scored two points in the second end, despite wrecking their last stone on the way into a busy house. Then, they stole altogether four points in the next three ends to take a 6-1 lead into the sixth end.

After this, a further score of two for the Canadians in the seventh end was enough to complete their 8-2 win.

United States were against Turkey and took a 4-3 lead into the break, thanks largely to a draw for three by Becca Hamilton in the third end.

In the fifth end, Becca Hamilton played a draw to score four points, increasing the American lead to 8-3.

Turkey responded in the sixth when their male player Muhammed Ucan scored three points with a draw. This reduced the American lead to 8-6.

Becca Hamilton produced another good draw in the seventh end for four points. This moved the Americans onto a 12-6 lead, and Turkey conceded.

After the game, Becca Hamilton said, “We were really trying to hone in on the tracks and Matt was really helpful letting me know what I needed to throw to make the shot. It was a grind!”

The teams swapped single-point scores in the first half of the game to go into the break tied at 2-2.

However, in the fifth end, Scotland’s Eve Muirhead played a take-out on an Australian stone to score four points and move onto a 6-2 lead.

Australia came back with a score of two in the sixth end, when Tahli Gill played a hit. But, in the seventh, another take-out by Muirhead gave Scotland a score of three and a 9-4 win.

After the game, Scotland’s male player Bobby Lammie said, “We played pretty solid all game. We struggled a wee bit at the start, but once we figured out the ice it felt pretty comfortable. In the second half, you can see by the score that we controlled it. They played well to be fair to them, but we got better in the second half, and that’s the difference.”

This game was tied at 2-2 at the half-way break. In the fifth end the Czechs made a break-through when their female player Julie Zelingrova scored four points with a take-out to take a 6-2 lead.

England responded in the sixth with a nose-hit for two points by Anna Fowler, but the Czechs then went on to win by 7-4.

After the game, Czech male player Vit Chabicovsky said, “It feels awesome. We made some great shots and I think we picked up our game from yesterday a little. England gave us a hard time, in the third and fourth end we really had to make some good shots not to lose. But luckily we played pretty well. So, we are really happy.”

After giving up a single steal in the first end when female player Pia-Lisa Scholl wrecked on a front stone, Germany dominated the rest of their game against Hungary. The Germans scored two in the second end, four in the fourth and three in the seventh, as they recorded their first win so far, by 10-4.