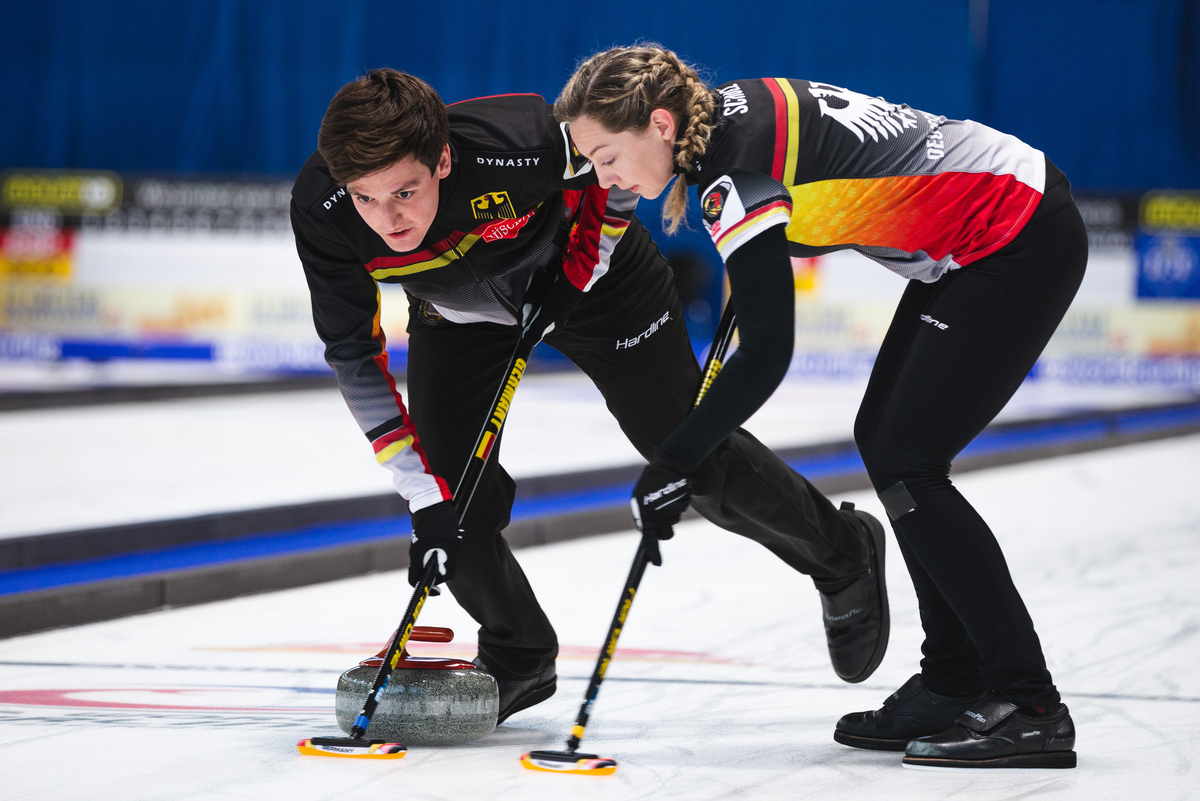 With Scotland and Canada already qualified for the play-offs, the focus was on Germany and United States — both with the chance to join the play-off line-up — as they battled in Thursday evening’s last round-robin session of Group B.

United States were against Canada in this session, while Germany played England.

United States started their game against Canada with a steal of one point when Canada’s Jocelyn Peterman was wide with her draw in the first end.

Peterman recovered in the second end, scoring two points with a well-judged tap-up.

After five ends, Canada led by 4-3, then, in the sixth, Peterman played the widest of angle raise take-outs, to score three and take a 7-3 lead.

United States responded in the seventh when Becca Hamilton hit for two points to reduce the Canadian lead to 7-5.

In the eighth, United States eventually ran out of stones, to lose by 8-5.

This result means that the Americans finished fourth and out of the play-offs, while Canada now face Norway in Friday’s qualification game.

After this win, Canada’s Brett Gallant said, “I think we’ll try to keep our momentum building now.  We’ve been playing better as the week progresses. Maybe that wasn’t our cleanest game, but Jocelyn made some pistol shots. That angle run was the best shot I’ve seen this week so far.”

Against England, Germany opened with a score of one in the first end.

Then, in the third, Germany’s female player Pia-Lisa Scholl played a tap-up to score two points and give her team a 3-1 lead.

Germany went on to win by 7-3 when England ran out of stones.

This result means that Germany are the third qualifiers from this group and will face Sweden in a  qualification game on Friday.

England finished in eighth position and will now face Finland in a relegation game, with the winner staying in next season’s World Championship line-up and the loser going to the World Qualification Event.

This was a 200th appearance for Germany by Scholl and, after the game she said, “I was a little bit nervous at the beginning, but we just had to be patient to wait for our chances.”

Her partner, Klaudius Harsch, then admitted, “It was not easy not looking at the other game. I admit, every second end I was checking the score, but not much more. I was surprisingly calm. For me, we played the best two games so far this week today, when it mattered.”

Meanwhile, Scotland finished their round-robin programme with a 10-3 win over Spain, thanks largely to scores of three in both the second and seventh ends.

This result means that they remain the only unbeaten team in the event, and they now take the direct route to Friday evening’s semi-finals.

In the other games in this session, Australia beat Turkey by 8-5 to rank sixth and qualify for next season’s Worlds, while Turkey finished tenth in the group, and are now relegated to the World Qualification Event.

Hungary beat Czech Republic by 11-7 to finish fifth in the group while Czech Republic ranked seventh overall, and both these teams have safely qualified for next season’s World Championship.