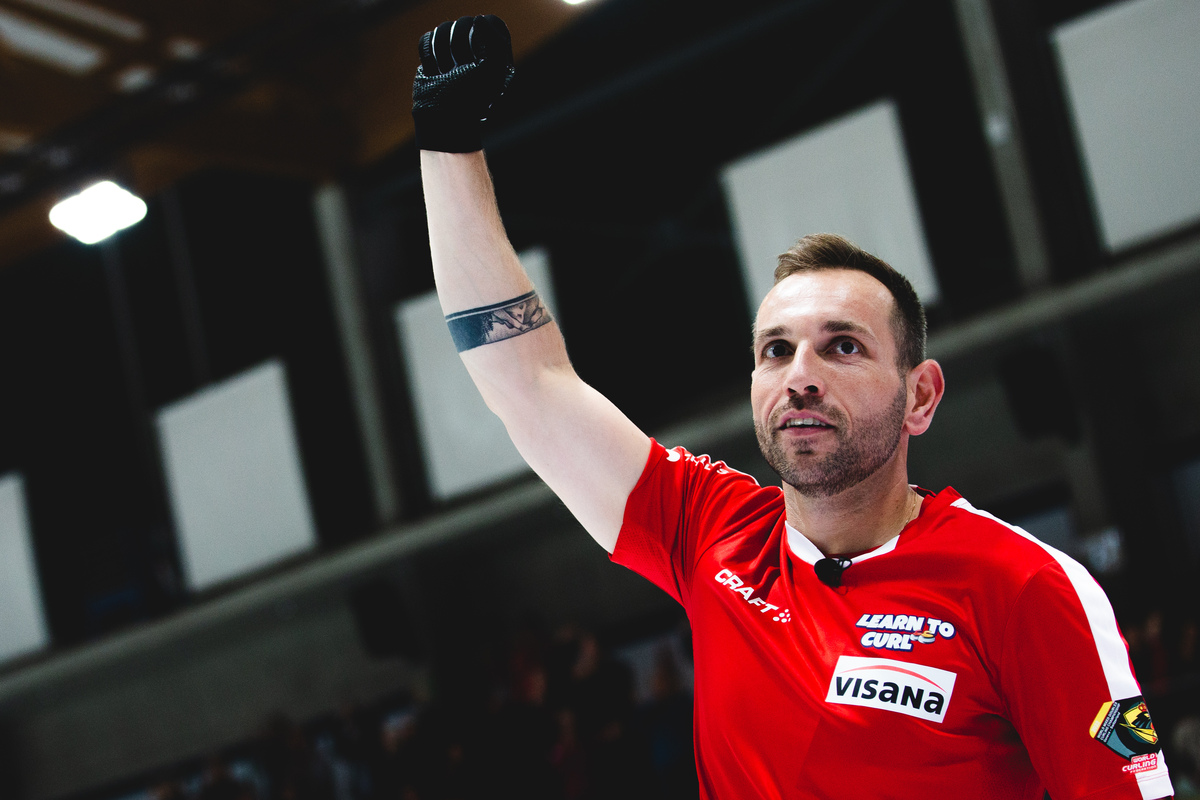 Switzerland will face Scotland in the World Mixed Doubles Gold medal game on Saturday, after defeating Norway in the semi-final, by 8-7 in an extra end.

In the opening end, Switzerland’s Alina Paetz had a hit to score a possible six points, but it didn’t curl enough, resulting in three points.

With a more open end in the second, Norway’s Maia Ramsfjell was forced to make an open draw to the eight-foot for a single point to go down, 3-1.

In the third end, Paetz attempted a double take-out for three points, but it over-curled, resulting in a steal of one for Norway to make the score 3-2.

Norway put the pressure on the Swiss, crowding the button with their stones in the fourth end. Paetz was left with a challenging tap-back for one, but it over-curled and gave Norway one additional point to level the game 3-3.

But, in the fifth end, with a patient Swiss team holding the last-stone advantage, they managed to score three points with a nose hit after Norway missed their double take-out.

On Norway’s power play, Paetz made a perfect hit-and-roll into the side of Norway’s shot stones, leaving the Norwegians to draw for one. Maia Ramsfjell executed the draw, to make the score 6-4.

Switzerland opted to play their power play in the seventh end. With a precise draw by Norway to split the house, Switzerland was forced into playing a draw to the four-foot for a single point to take a three-point lead, at 7-4.

In the eighth end, Norway faced a double take-out on their last shot, with the possibility of scoring three to tie the game. Maia Ramsfjell made the shot perfectly, and two Swiss stones sprung out of the rings, giving Norway the three for an extra end.

After a perfect draw to the button by Norway, Paetz needed to make a nose hit runback to score the winning point. With on and off sweeping the whole way, the Swiss pair made the shot to win, 8-7.

After winning gold together in 2011, Paetz commented on the possibility of adding a second gold to their collection, saying, “We enjoy playing together and we are enjoying the home crowd, so it would mean a lot [to win gold].”