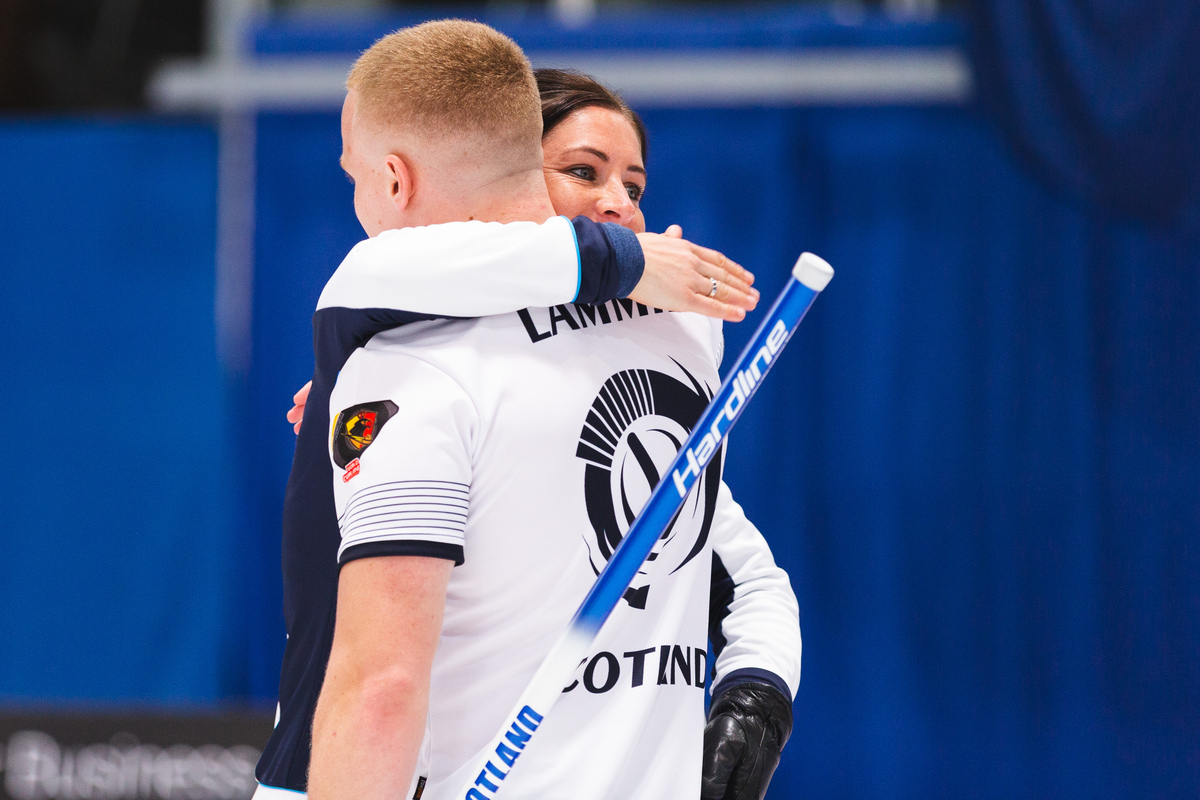 Scotland, unbeaten in the round robin to qualify directly, faced Germany in Friday afternoon’s first semi-final at the World Mixed Doubles Championship.

The Germans had beaten Sweden earlier in their Qualification game to reach the semi-final.

In the first end, Germany’s Pia-Lisa Scholl could not move the Scottish counting stone enough with her last. Following that, Scotland’s Eve Muirhead could not find a way in for a multiple score with her own last stone. These meant that the Scots had to settle for just one point.

In the second end, Muirhead cleared out a collection of German stones in the house, but left one counting.

This let Scholl draw her second stone into position to score two points and give Germany a 2-1 lead.

The Germans had built up the third end, but Scotland’s Bobby Lammie cleared out three German stones with a weighted take-out in the middle of the end.

Eventually, Scotland’s Muirhead had an open draw for three and a 4-2 lead.

In the fourth end, Scholl played a raise attempt, but it was not successful, handing Scotland a steal of two points and a 6-2 lead at the break.

Germany elected for their power play in the fifth. Eventually, Scholl was facing two Scottish counting stones when she played the last stone of the end. Germany put one point on the board with a straightforward hit, to reduce Scotland’s lead to 6-3.

In the sixth end, everything that Germany tried to build was cleared by the Scots, until the final stone. With that one, Muirhead produced a soft nose-hit to score one and increase her team’s lead to 7-3.

In the seventh, Scotland had three counting stones when Pia-Lisa Scholl came to play her last stone.

She attempted to come around the Scottish counters, but simply could not get to the shot stone on the button, and Germany gave up another single steal.

With the score now at 8-3, Germany conceded defeat after seven ends of play.

After this win, Scotland’s Eve Muirhead said, “That was a clinical performance, and we controlled the game. I personally didn’t have my best game, but Bobby was outstanding. He made lots of crucial shots and made my life easy at the end.”

She added, “It’s nice to get to a world championship final. It’s been a very good week so far, so we want to keep it going for tomorrow.”

The Scots will play the winners of the second semi-final — either Switzerland or Norway — for gold medals and the world title. Germany will play the losers for bronze medals.