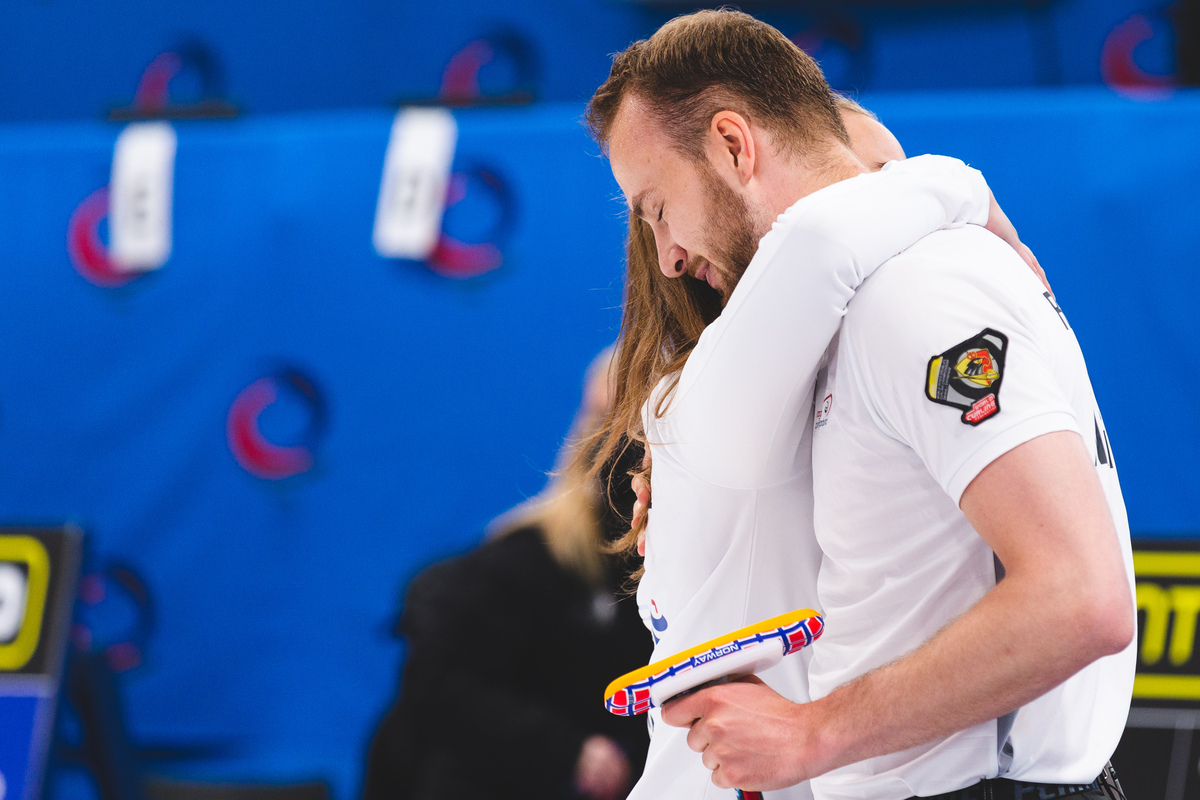 Canada, who had finished second in Group B, played Norway — third in Group A — in Friday afternoon’s second Qualifier game, with the winner going on to the semi-final to face Switzerland.

Canada opened with last-stone advantage. They could only score one in the first end, rather than two, when the final stone by their female player Jocelyn Peterman hit, but rolled out of position.

In the second end, Norway’s Maia Ramsfjell attempted to draw onto the button, but her stone was just too strong and drifted long, to give Canada a steal of one point and a 2-0 lead.

Norway’s final stone of the third end came up really short, and they had to settle for just one point through another of their stones already sitting in the house.

In the fourth end, Canada could not find a safe way to attempt to remove a perfect freeze onto their counter sitting on the button, and Jocelyn Peterman simply threw away her last stone. It meant that the Canadians just scored one point for a 3-1 lead as the teams went into the fourth-end break.

Norway called for power play in the fifth end and had their stones placed well.

However, Canada’s Jocelyn Peterman was still able to play a double take-out at the back of the house, leaving Norway lying one, with a chance for two. Maia Ramsfjell, however, was heavy with her final stone and Norway had to settle for just one, reducing Canada’s lead to 3-2.

In the sixth end, Norway had two stones lying shot when Canada’s Peterman came to play her last stone. Her attempt to move the two Norwegian stones ran too straight and her promoted stone slipped by, giving Norway a steal of two and the lead in the game for the first time, at 4-3.

Norway put up a guard with their last stone of the seventh end.

But it ended up just off the centre-line. It allowed Canada’s Peterman to play a double take-out, score two points and move onto a 5-4 lead.

In a cagey eighth end, Maia Ramsfjell promoted one of her own stones to push out the Canadian stones lying in the house and score two points for the 6-5 win.

This now means that Norway will play Switzerland in the semi-finals. Earlier, the other semi-final will be between Scotland and Germany.

After the game, Norway’s Magnus Ramsfjell said, “We took the first couple of ends to figure out the ice but then we played much better and it paid off.”

His sister, Maia, added, “I really think the steal of two in the sixth end was the turning point.”

And about her bold winning shot in the eighth, she said, “We were both determined that we were going to play that last shot, and it ended up working out.”

Looking forward to the semi-final against Scotland, Magnus said, “Now we just need to play well, and we’ll see where that takes us.”