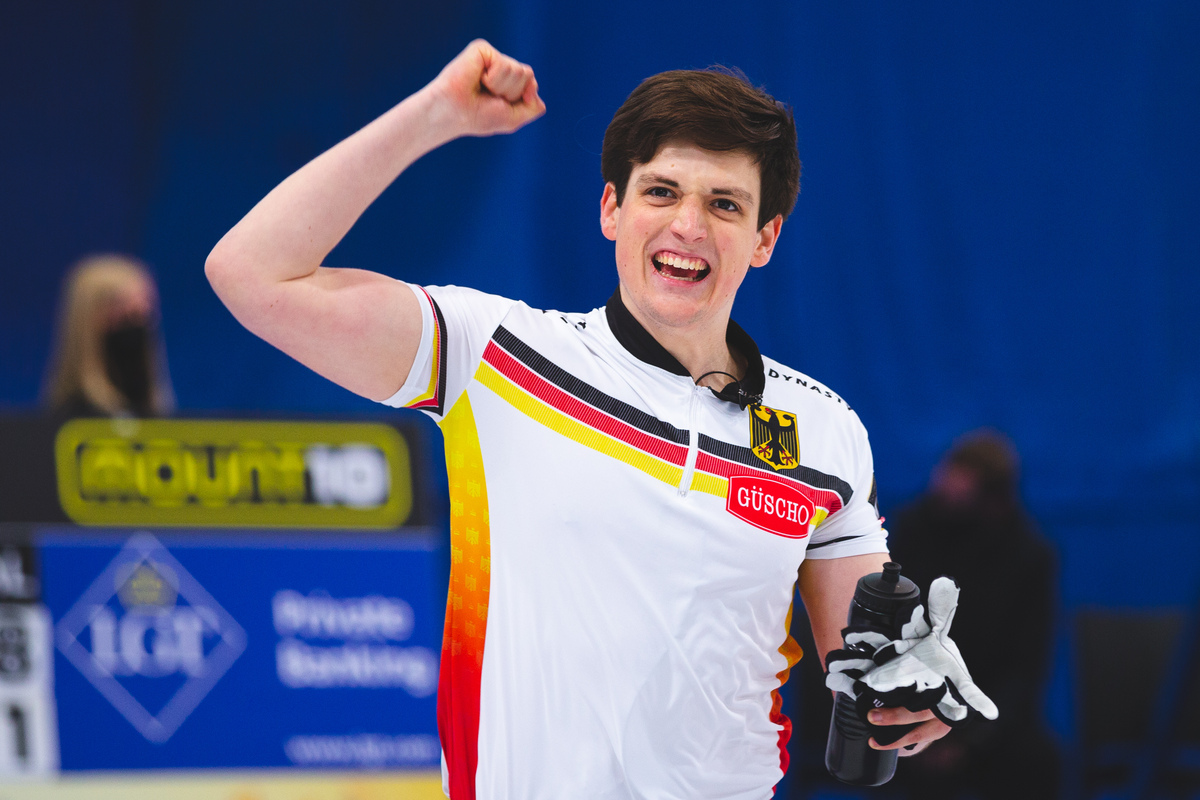 Sweden, who had finished second in round-robin Group A, played Germany, third-placed team in Group B in Friday morning’s Qualification game, with the winner going on to face Scotland in the semi-finals.

Sweden opened the scoring in the first end when their female player Isabella Wranaa drew her stone into position to score two points.

However, in the second end, Pia-Lisa Scholl played a hit, to score three points and give Germany a 3-2 lead.

The Swedes then scored one in the third end to level the game at 3-3.

In the fourth, Germany simply could not remove a Swedish stone sitting on the button, allowing Sweden to steal one point and take a 4-3 lead into the break.

In the fifth, Germany’s Scholl promoted one of her own stones to take out a Swedish stone and score one point, to tie the game at 4-4.

In the sixth end, Sweden called their power play and put two points on the board for a 6-4 lead when Isabella Wranaa hit out a German stone with her last.

Germany called their power play in the seventh end, and, eventually, Scholl played a hit on the only Swedish stone in the house, to score four points and take an 8-6 lead.

In the eighth end, Sweden’s Isabella Wranaa produced a nose-hit, to score two points and tie the game at 8-8, forcing an extra end.

Germany had last stone in this end, and, eventually, Scholl took out the Swedish stone in the house to score three points and win the game by 11-8.

Afterwards, Germany’s Klaudius Harsch explained the tactics their team had used, saying, “We forced them into a lot of tough, up-weight shots.”

And looking forward, he added, “We’re just glad we get to play two more games. We’re having so much fun on this ice.”

Later, Canada, who finished second in Group B, will play Norway, who were third in Group A, in a second Qualification game. The winners of that game are going to face Switzerland in the semi-finals.

Two relegation games were played at the same time as the first Qualification game, with Spain facing Korea and Finland playing England.

Korea beat Spain by 8-5, helped largely by a draw for five points in the second end by their female player Kim Minji.

England were 6-3 winners over Finland.

These results mean that Korea and England have now qualified directly for next season’s World Championship, while Spain and Finland will have to enter the World Qualification Event.