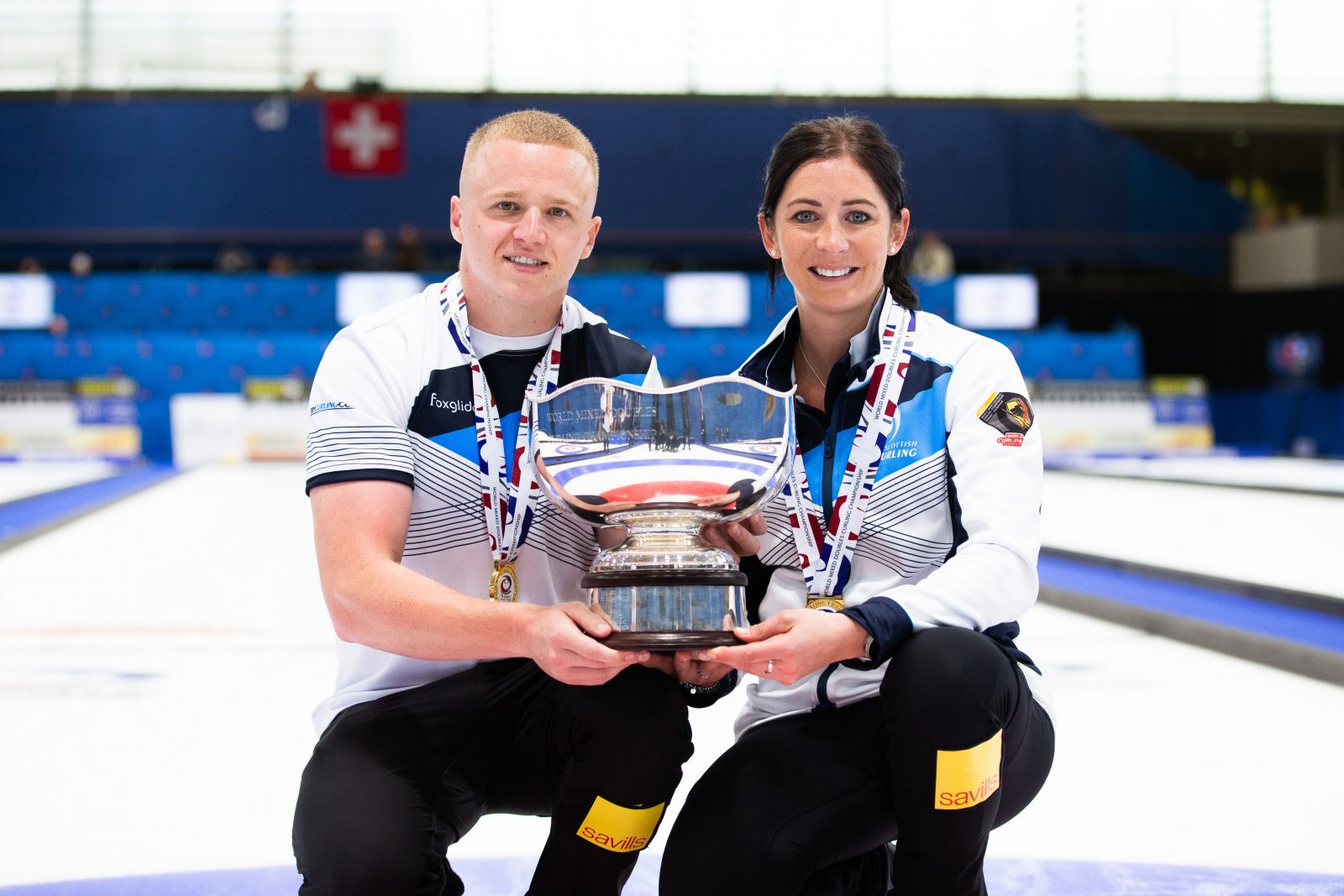 Scotland’s Eve Muirhead then played her last stone, just getting inside a guard to pick out Paetz’s stone and open the scoring with four points.

With her last stone of the second end, Scotland’s Muirhead managed to get frozen inside two Swiss counters already sitting in the house. Paetz then mis-judged her final draw and this gave the Scots a steal of one point for a 5-0 lead.

Switzerland got on the scoreboard in the third end when Paetz tapped out a Scottish stone in the house and kept her own in play to score two. This reduced the Scottish lead to 5-2.

With an early Scottish stone sitting exactly on the button, surrounded, the Swiss were faced with a problem in the fourth end. Paetz froze onto it, but Muirhead played in another gentle draw with her last stone, to score two.

The teams went into the break with a 7-2 half-time result, Scotland leading.

Switzerland elected to use their power play in the fifth end and managed to set themselves up to give Paetz a relatively easy draw for two. She executed that perfectly, reducing the Scottish lead to 7-4.

In the sixth end, after a couple of Scottish mistakes, Switzerland lay two as Muirhead came to play her last stone.

She picked her way through front guards to hit one of the Swiss stones. However, her own stone rolled out, giving Switzerland a steal of two that reduced Scotland’s lead to just one point, at 7-6.

The Scots used their power play in the seventh end and when she came to play her last stone, Muirhead was faced with one Swiss stone counting inside three Scottish ones.

She brought her shooter in off one of her own stones looking for a score of three, but Bobby Lammie just could not sweep the Swiss stone far enough and the Scots had to settle for two and a 9-6 lead.

In a cat-and-mouse eighth end, Muirhead played a wide guard with her last stone, leaving Switzerland lying one, with two other stones in the house, as the Swiss looked for the three that would tie up the game.

Paetz’s weighted last stone got caught up in front guards and the Scots went on to win by 9-7, with Switzerland only managing to score a single in the end.

After the game, Scotland’s Bobby Lammie said, “It feels good. It hasn’t settled in yet, but the week we’ve had here, it felt like we were controlling everything we were doing, so we’re just delighted today. We’ve had a world-ride of a season and to cap it off this way — it’s been a memorable season for Scottish curling.”

His teammate, Eve Muirhead, said, “In Mixed Doubles, it’s never over till it’s over, and as much as we had that five-point lead you’re always just clinging on. One or two half-shots let them back into it. As much as we gave up that big steal of two, we kept our composure, and we knew if we scored it would be good.”

She added, “That’s the complete set of titles for me now, so I don’t know where to go from here. It’s been a phenomenal year and to cap it off with Bobby is really special.”

Engage with the World Curling Federation about the World Mixed Doubles Curling Championship 2022 on Twitter, Instagram, Facebook and Weibo and be searching the hashtags #WMDCC2022 #curling