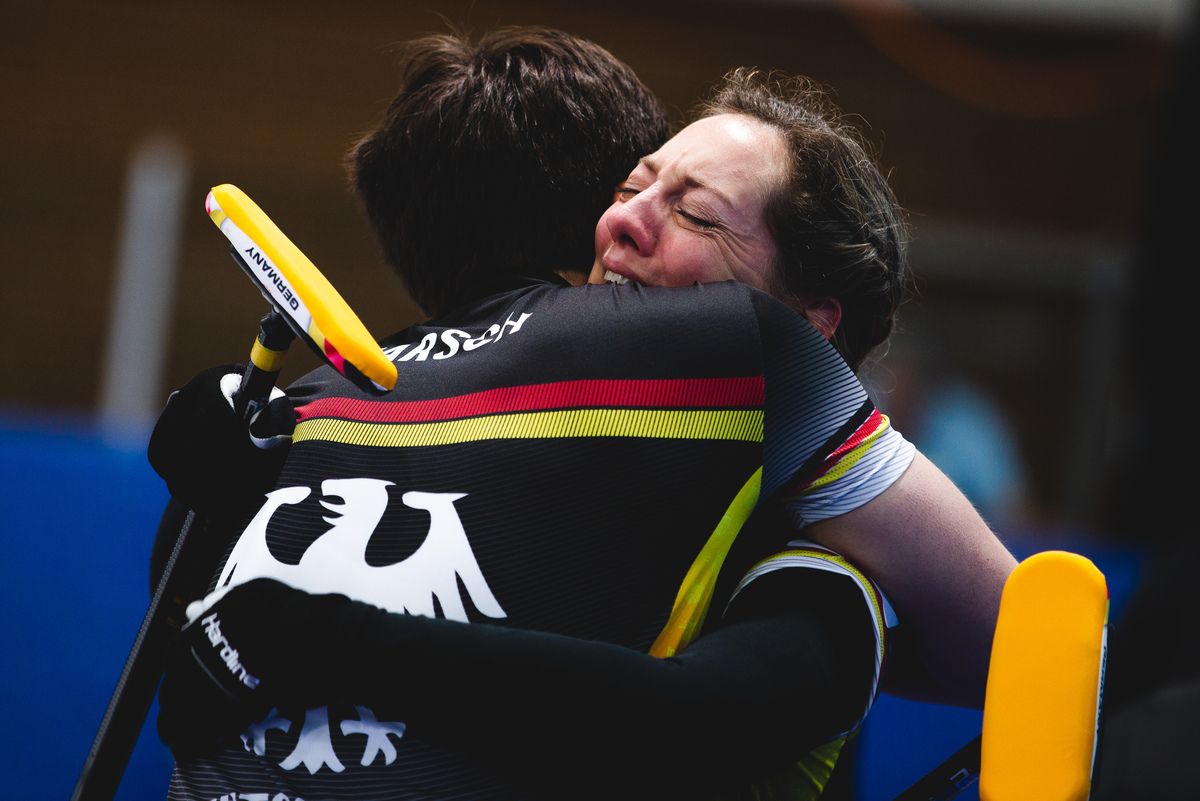 In the first end, Norway had last stone, but they gave up a single steal when Maia Ramsfjell’s take-out attempt jammed a German stone on its way out.

Germany then took a 3-0 lead in the second end when Maia Ramsfjell came up short with her final draw and Norway gave up a steal of two.

Norway finally got on the scoreboard in the third end when Maia Ramsfjell played a double take-out for one.

In the fourth end, Germany’s Pia-Lisa Scholl hit out only one of the two counting Norwegian stones and Norway stole a single point.

The teams went into the break with a 3-2 half-time result, Germany leading.

The Germans then increased their lead to 4-2 in the fifth end when Pia-Lisa Scholl played a straight run-back to move stones sitting in the house to her team’s favour.

Norway decided to use their power play in the sixth end. They eventually got their rewards when Maia Ramsfjell had an open draw to score three and take the lead for the first time in the game, at 5-4.

In the seventh end, Germany elected to play their power play. They already had one stone counting when Pia-Lisa Scholl came to play the last stone. She was successful with her draw, to score two points and re-take the lead, at 6-5.

In the eighth end, Norway called their time-out before they played the last stone, and, with that stone, Maia Ramsfjell played a hit on a cluster of stones around the button.

She could not displace the counting German stone and this gave the Germans a steal of one for a 7-5 win. This bronze is Germany’s first-ever World Mixed Doubles medal.

After the game, Germany’s Klaudius Harsch said, “We feel awesome! After losing last night, we wanted a medal. We already thought that winning the quarter-final was amazing. But when you’re here you don’t want to lose the last two games, and we managed to win that last game of the season, so it’s awesome.”

His partner, Pia-Lisa Scholl, said, “We just tried to keep going. We had not such a good end in the fourth, but we said ‘ok, we had a good start so let’s just keep playing’.”

Harsch agreed with that, saying, “The second half was tough, but we managed to come back and play two strong ends in the seventh and eighth.”

The remaining action in this event will see Scotland, unbeaten so far, play hosts Switzerland for gold medals and the world title on Saturday afternoon.