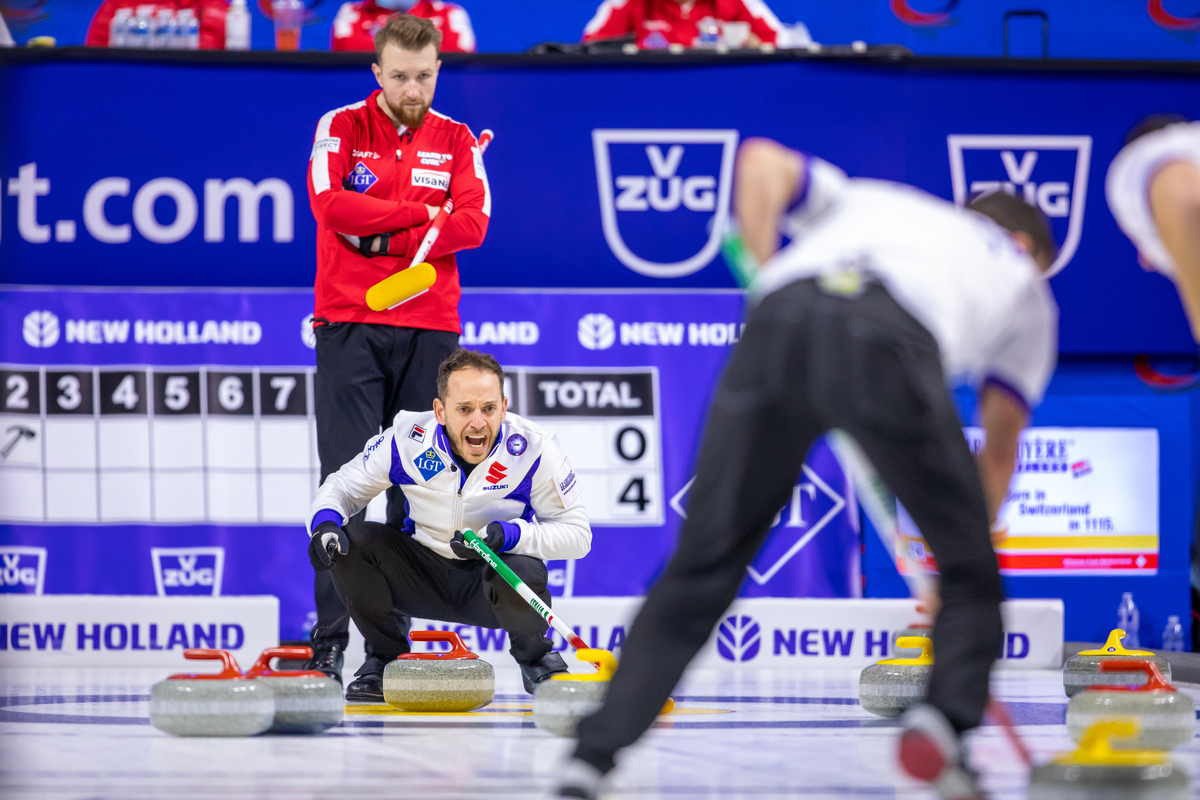 Italy beat Switzerland by 10-4 while United States were 6-4 winners over Scotland in Saturday afternoon’s play-off qualification games of the LGT World Men’s. These two victories mean that they progress to the semi-finals.

In the game between Italy and Switzerland, Italy opened with a score of four in the first end when their skip Joel Retornaz hit out a Swiss stone. In the fourth end, with Italy leading by 5-1, Switzerland’s skip Yannick Schwaller played a hit to score two points and reduce Italy’s lead to 5-3.

Italy moved further ahead with a score of two in the fifth and a single steal in the sixth end, to take their lead to 8-3. In the eighth, Italy’s Retornaz played a draw into the house to score two points.  Switzerland then conceded, with a final score of 10-4. This puts the Italians into the semi-final, against defending champions and current Olympic gold medallists Sweden.

Afterwards, Retornaz said, “Four in the first end is a big bonus. You can play the game in an easier way, but it’s never easy to have a high score at the beginning, because then you have to defend that score. It isn’t easy to play defensive, especially against a very offensive team like Switzerland, I think they are very good in coming back into games. We were trying to stay focussed and not lose patience, and we did a good job of that.”

Looking forward to his semi-final game against Sweden, he said, “The way we’re playing, this is our level. We’re not doing something we’re not used to, so we just need to keep this pace and be patient out there. We know we’re playing a strong team, but we beat them in the round-robin, so we are confident we can give them a hard time on the ice and then the best will win.”

United States played Scotland in the other qualification game. The Americans opened with two points in the first end and then Scotland’s fourth player Ross Paterson played a raise take-out in the second, to score one. In the next end, United States skip Korey Dropkin was facing two Scottish counting stones, but played a hit to score one point and build his lead to 3-1.

In the seventh, Scotland were down by 1-5 and looking to score two with Paterson’s last shot.  However, the sweepers burnt it on the way down the sheet. This meant that Scotland only scored one from the end, reducing the United States’ lead to 5-2.

The Scots fought back after this and, with two single steals, reduced the American lead further, to 5-4.  Then, in the tenth end, Paterson attempted a long, straight raise which only just missed, giving United States one more point for a 6-4 win, without Dropkin having to play his last stone.

The Americans now go on to face Canada in the semi-finals.

After this win, Dropkin spoke about Scotland’s last stone, saying, “It was looking like they were going to make it.” More generally, he added, “It feels amazing. The guys have been playing amazing all week. We made a run late in the week and we’re ready to keep it going in our game tonight. We’re really excited and happy to be here, and we’re looking forward to another game against Canada.” 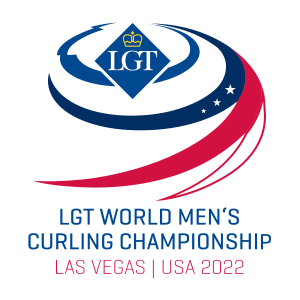