Then and Now: Monika Kunkelová heading into her third Paralympics 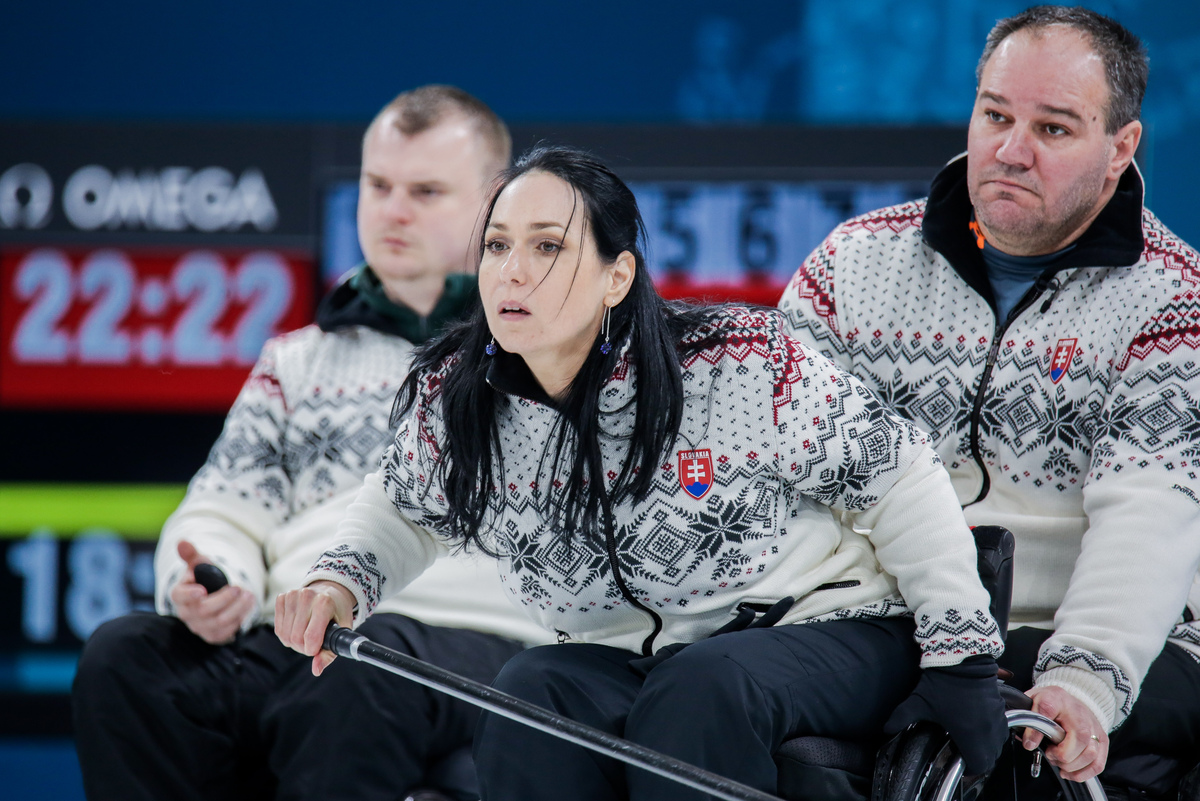 Home / News / Then and Now: Monika Kunkelová heading into her third Paralympics

“The possibility of participating at the Paralympics is a wonderful experience,” the words of Slovakian wheelchair curler Monika Kunkelová ahead of her third appearance at the pinnacle of winter sports.

“It’s the impact of three years of hard work mixed with the big responsibility of the representing our country at the highest level of competition.”

The 44-year-old has been a stalwart of the wheelchair curling scene over the past decade with seven world championship appearances to couple with her soon-to-be trio of Paralympic participations.

It was not the easiest of journeys for the three-time Paralympian. Kunkelová previously stated that at the time of her accident, Slovakian society was not yet equipped to deal with the needs of people with disabilities.

Functioning independently was a tough challenge, and a huge part of the reason Monika joined the Sme Si Rovní (We Are Equal) project in her native Slovakia.

The national initiative allows motivators, like Monika, who have gone through a period of coping with a handicap after any type of accidents or as a result of illness, to help those going through similar adversity.

After learning to cope with her disabilities, a now team-mate introduced her to the sport that would make her a star.

“My good friend and team-mate Dušan Pitoňák was the first person to introduce me to the game of curling,” explained Kunkelová of her initiation into the sport.

Kunkelová has thrown lead stones for Radoslav Ďuriš’s rink for the past decade, with an agonising pair of fourth-place finishes in the 2012 and 2015 world championships on her resumé.

While many relish the opportunity to set the tone as lead, Kunkelová remains level-headed when discussing her role in the rink:

“Lead, second, third or fourth, it doesn’t matter where you throw; every stone has the same importance for me and all my team-mates.”

Kunkelová made her Paralympic debut in Sochi in 2014, and the round robin started in emphatic fashion with wins over United States, China and Finland — setting the Slovakian rink up with a 3-0 start.

“Winning a series of games certainly brings you positive thinking and that’s very important,” she said.

“But what is more important is concentration through every game, you can’t focus on the game that has just gone, win or lose.”

Unfortunately, a 12-2 defeat at the hands of Great Britain ended the winning streak, and two further losses set the Slovak team back with a 3-3 record.

A 11-4 win over Norway raised hope of a semi-final berth — but losses to Canada and Russia extinguished those hopes in the final two games.

Kunkelová returned to the Paralympic stage in PyeongChang in 2018 to make another assault at Paralympic glory.

However, the Slovak rink were unable to put a run of victories together, eventually falling to a 4-7 record — and once again missing out on the knockout stages of the competition.

Ahead of  her third Paralympics

Ahead of her rink’s third crusade for a Paralympic medal, Kunkelová explained how the COVID-19 pandemic has limited the opportunities for her and her team to compete.

She said, “The pandemic has had a massive impact on our preparations for the Games. We only started getting ready for Beijing in January 2022. Prior to that, we hadn’t seen the ice together in two long years.”

Heading to Beijing, like many, the biggest concern is not the opposition but the continued presence of the coronavirus pandemic that has engulfed the world for the past two years.

“All the teams will be for sure ready for competition, and the quality of field means that everybody is perfectly capable of success,” she added.

“The most concerning element is COVID itself, a single positive case in a team could make the competition a lot more complicated — that’s the biggest fear.”

With a wealth of Paralympic experience behind her, Kunkelová has a few words she would tell her younger self given the opportunity of going back in time.

“My advice to myself back in 2014? Think positive and just enjoy the entire Paralympic experience.”

Engage with the World Curling Federation ahead of the Beijing 2022 Paralympic Winter Games on Twitter, Instagram, Facebook and Weibo and by searching the hashtag #Beijing2022 #Wheelchaircurling