China and Sweden to play for Paralympic gold 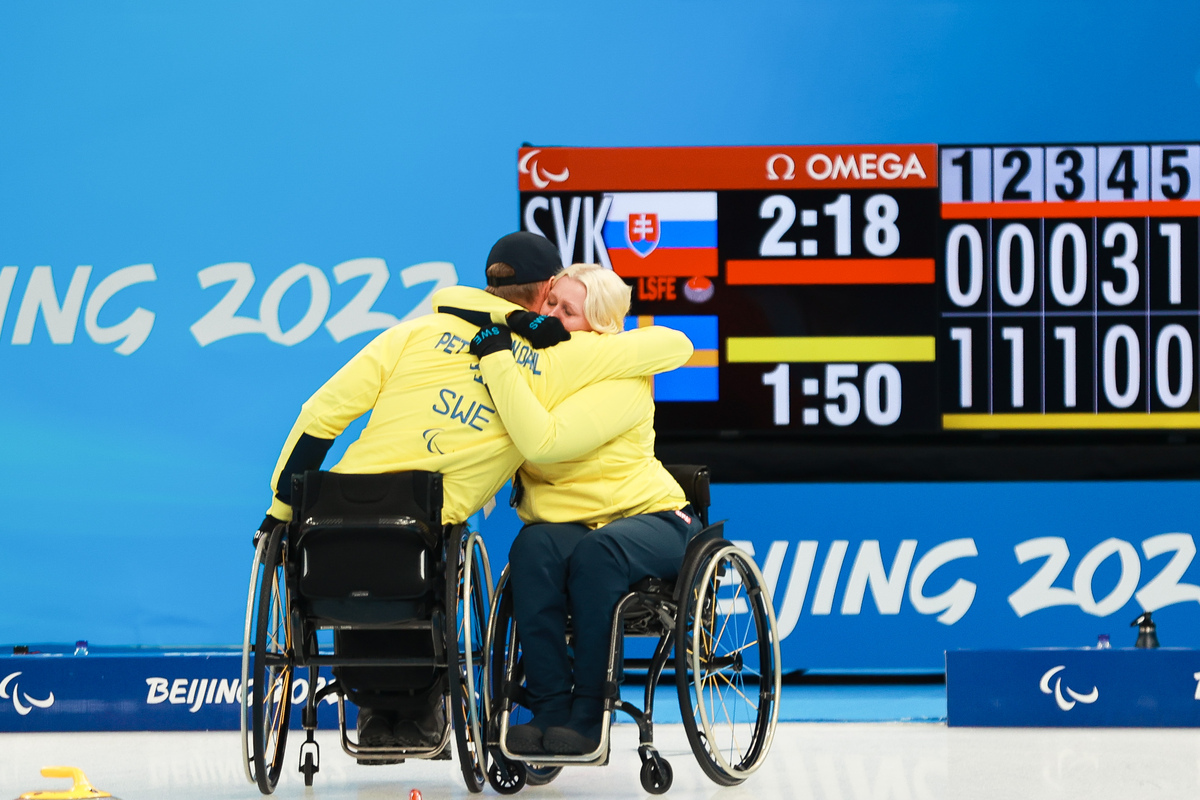 Home / News / China and Sweden to play for Paralympic gold

The two Paralympic semi-finals were played on Friday afternoon at Beijing’s Ice Cube. The first game featured Slovakia against Sweden, while the second semi was China versus Canada.

The winners of both semi-finals will go on to play in the gold medal game on Saturday (12 March) at 14:35, while the losers of both games will play for bronze tonight, at 19:35.

After a perfect hit by Sweden in the third end, Slovakia faced a tough tap for two, but missed resulting in another stolen point to make the score 3-0.

Slovakia played a strong fourth end, putting lots of stones behind guard, and ended up making a perfect hit for three points to level the game.

In the seventh end, Slovakia got forced to play a double take-out for a single point, but it over-curled and resulted in a steal for Sweden, who took a 5-4 lead into the eighth end.

In the final end, Slovakia had a chance to hit half of a stone for two points, but the shot over-curled, giving Sweden the stolen win, 6-4.

Sweden’s Ronny Persson, said “We came today with a very happy face, very energised and with a high team spirit. And I think actually that was the difference. We did some mistakes, they did some mistakes, but at the end, the collective won, that’s my analysis of it.”

“We have been working really hard to be supportive to each other even if some team members maybe have a bad day or doesn’t perform so well. We try to lift that person and carry that person through the game. Try to bring also happiness all the time.”

Canada made a hit and stay for a single point to level the game 1-1 after the second end.

After flashing a take-out in the third end, China played an open draw to the rings for three points and a 4-1 lead.

Canada’s Jon Thurston played a draw to the four-foot for two points in the fifth end, to mend the game, 4-3.

After the break, China made a hit for three points to take a jump on the scoreboard, 7-3.

Then, the game took a turn in the sixth end when Canada hit and rolled out on a take-out, giving China a 9-3 lead.

The Canadians scored two in the seventh end, but with China leading by four points, they went on to win 9-5 and secure their spot in the final with a chance to defend their 2018 title.

China’s skip Wang Haitao, “I am excited! Canada played well but we were more relaxed. We feel encouraged by the crowd. Although we made little mistakes, our performance was good.”

Chen Jianxin, China’s third added, “When I got handicapped, I lost hope and motivation in life. But curling gives me hope. I hope to inspire others with a handicap that they can be successful in life.”