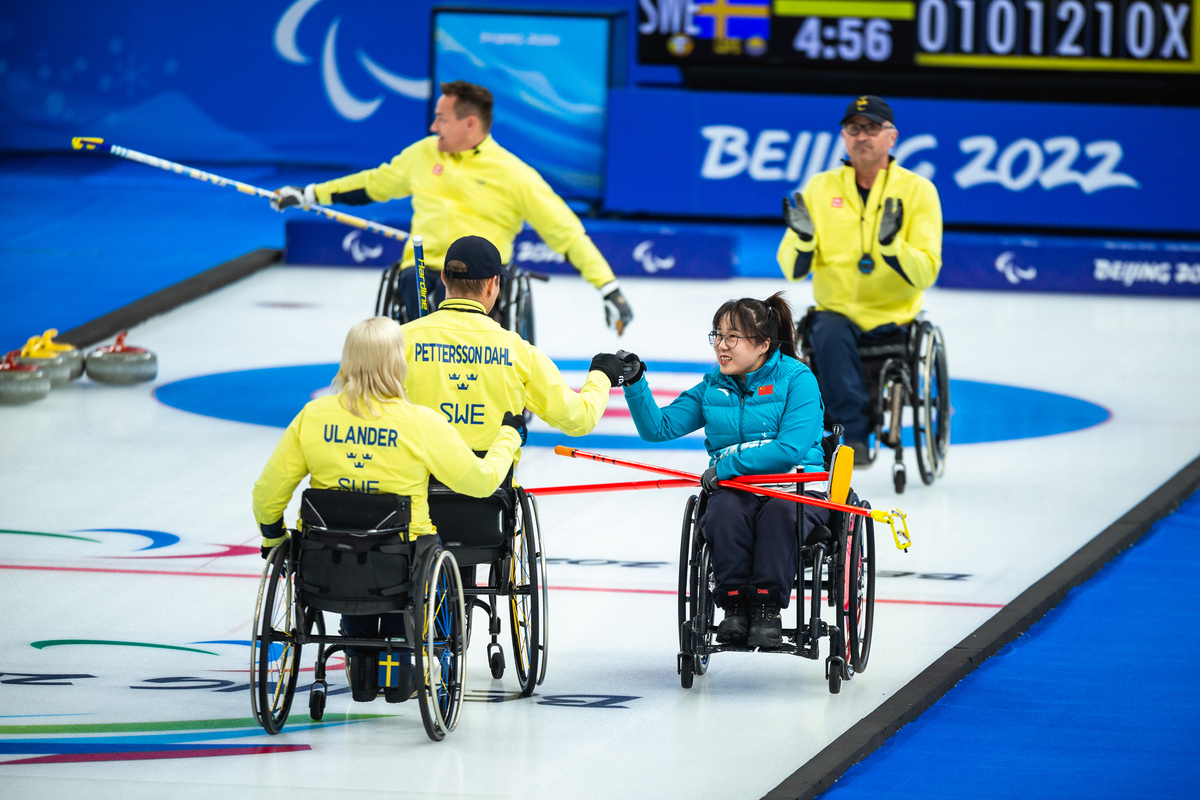 Day two of round-robin play at the Paralympic Winter Games continued with just two games in session three. In these games, Norway defeated Slovakia and Sweden beat China in a rematch of the World Championship gold medal game.

The Norwegians opened the game with a single point, followed by a steal of two in the third and a steal of one in the fourth for a 4-0 lead.

In the fifth end, Slovakia’s fourth thrower, Peter Zatko made a perfect runback for three points to mend the gap, 4-3.

But, in the sixth end, after Zatko went through the house on his final draw, Norway was left with a chance for three points to take a big 7-3 jump in the game.

With a further steal of two in the seventh, Slovakia shook hands, 9-3, giving Norway their second win of the competition.

Ole Fredrik Syversen, Norway’s third said, “We had a good start, we knew the ice better than yesterday, we have better feelings and we believe in ourselves and we did what we wanted to do.”

Commenting on the runback by Skovakia he said, “In the fifth end they got three, and we tried to make a shot so they couldn’t make the runback but, he had the run-back and he made it.”

“We took a very strong end back in the seventh end with three, and I think that was the game, so we are very happy. We have a good strong team, and good motivation in the team.”

In a rematch of the World Championship final, hosts China played Sweden. The Swedes blanked the first end and got forced to a single in the second.

They took a commanding 4-0 lead after China’s skip Wang Haitao was heavy on his last draw, sliding past two Swedish stones for a steal of two points.

With another well played end by Sweden in the sixth, China faced a challenging raise take-out where they just missed, and gave up another steal for a 5-0 score.

The Chinese clustered their stones in the four-foot ring throughout the seventh end, hoping for a Swedish miss the enable a big score, but with a perfect freeze by third Ronny Persson, this would be a challenge. China made a freeze right back, but this meant they could only score one point to make it 5-1.

In the eighth end, Sweden ran China out of stones to win, 5-1.

“It feels very good today!” said Sweden’s lead, Kristina Ulander. “We did a good job and stayed focused on all stones.”
On the seventh end, she shared, “We felt very safe. We think they could only take one of two, so we felt very confident.”