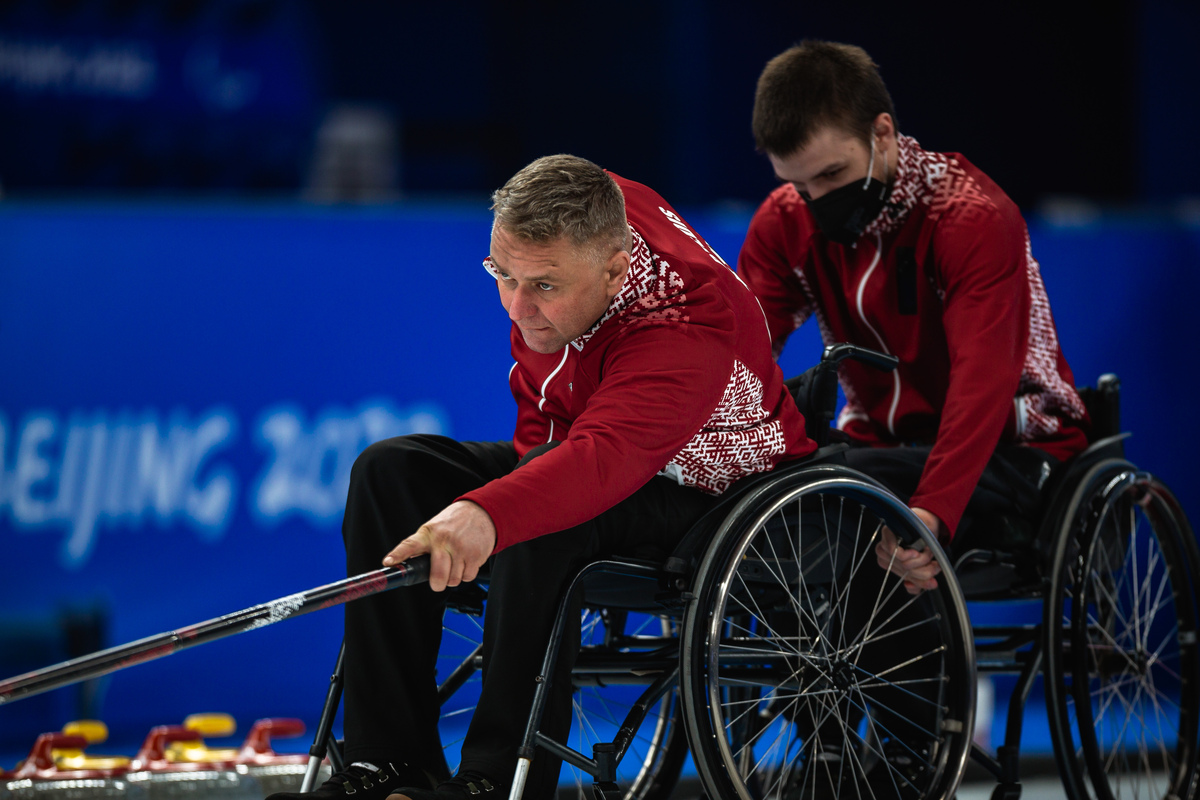 The second session of wheelchair curling action got underway at the Ice Cube on Saturday night, with Latvia and Korea playing their opening game. From this round-robin session, Latvia, Great Britain and Canada claimed wins.

Go played a short angle tap to the four-foot and after a measure, the Koreans limited the damage to just one point for their opponent, to go down 5-2.

Latvia kept the pressure on, scoring two in the sixth end and stealing one in the seventh for a comfortable 8-4 lead playing the eighth.

In that final end, Latvia’s third player Sergejs Djacenko played a perfect take-out to run Korea out of stones and win, 8-4.

In a game where both teams were searching for their first win after dropping their opener, Great Britain’s fourth player Gregor Ewan played a precise draw to the four-foot in the third end to tie the score, 3-3.

Already sitting two in the fourth end, United States played a tap for a third point but it over curled, giving them a 5-3 lead.

With an offensive seventh end by the Brits, which resulted in two points for them, the score was 7-6 for Great Britain playing the eighth.

They continued to pile stones in the house, leaving United States a challenging tap to the four-foot to tie, but it over curled and gave Great Britain a steal of three and a 10-6 win.

“After getting beat by Norway this morning, we wanted to come back with a win,” said Great Britain’s Gregor Ewan.

“We’ve played USA a lot of times, it’s never a big win for them or for us, either way. We had to fight it out and by the end we find out who has won. It was a team effort.”

After a blank in the first end, Canada kicked off their game against Switzerland with three in the second.

Switzerland stole a critical single point in the fourth end when Canada’s Jon Thurston wrecked on a guard on his hit for multiple points to make the score 3-2.

In the fifth end, Switzerland went through the house on their final draw, giving Canada a draw to the eight-foot for three points and a 6-2 lead.

Canada kept their lead until the end, running Switzerland out of stones in the last end for a 8-4 final score.