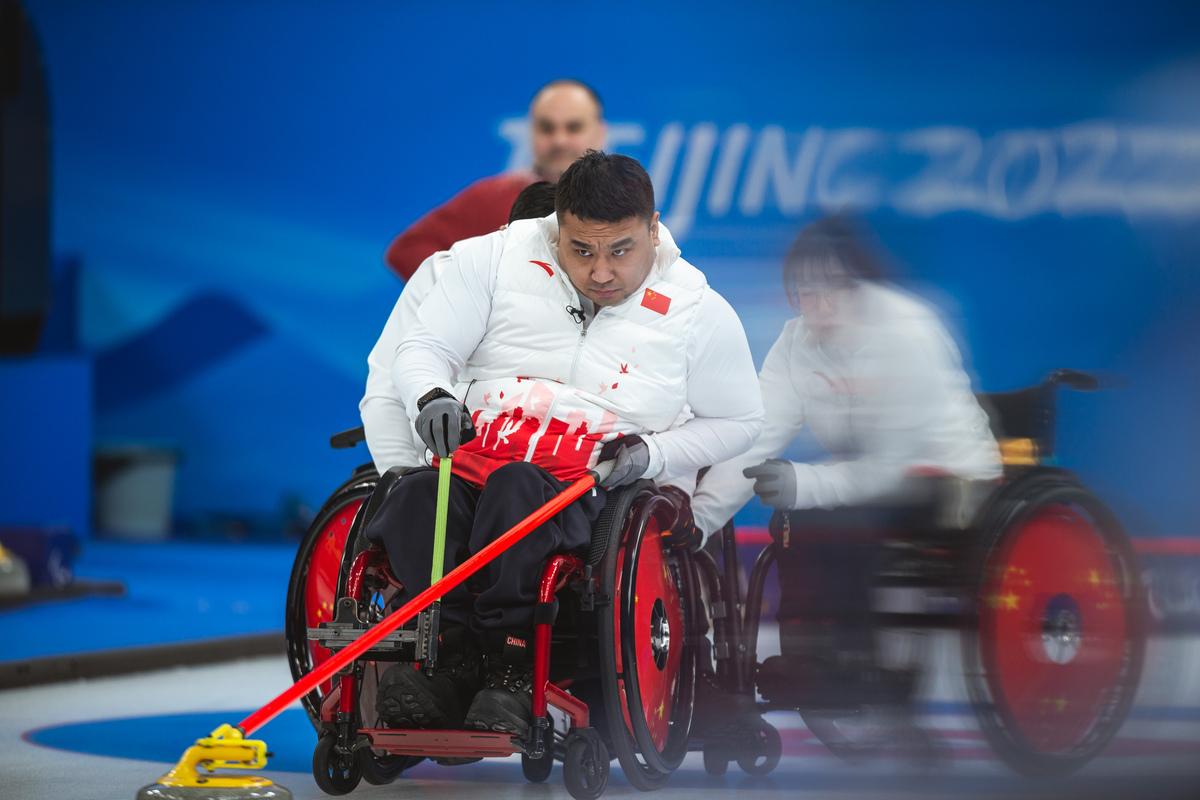 The final session of round robin took place on Thursday night at the Paralympic Winter Games. With the four semi-finalists already determined – Canada, China, Slovakia and Sweden – this session would finalise the rankings for which team would play which.

Following the wins for Estonia, Korea and China, the match-ups for tomorrow’s semi-finals are: China (1) v Canada (4) and Slovakia (2) v Sweden (3)

In a back and fourth battle, Estonia led Slovakia 4-2 after the fourth end. But, with a score of two in the sixth, followed by a steal of one in the seventh end, Slovakia kept the game close until the very last stone.

Leading by one point with the last stone advantage, Estonia needed to draw to the button to score one, against three Slovakian stones. The final stone came up light, resulting in a steal of two, and the win for Slovakia, 7-6.

“It is perfect and an amazing experience!” said Slovakia’s Monika Kunkelova. “I was crying, [when I found out we qualified].

“First we need to sleep and to have a good mood, and positive thinking, and what more can we do?” she said about tomorrow’s semi-final.

Looking to finish on a positive note ahead of their smei-final game, China controlled their game against Latvia. Despite a Latvian steal in the first end, China cruised onto a 9-2 victory, with steals in the third and fourth ends.

Tomorrow, at 14:35 China will face Canada, as they finished in first place overall, and Canada ended in fourth.

Starting off with the last stone advantage, Korea opened the game with a 3-0 lead after three ends, with single steals in the second and third.

Sweden began to claw back in the fifth end, with a steal of three to take their first lead of the game, but Korea jumped on an opportunity to draw for five points in the sixth.

Things continued to go south for Sweden as they faced a draw to the button against two in the seventh end, resulting in two more for Korea, who then won, 10-4.