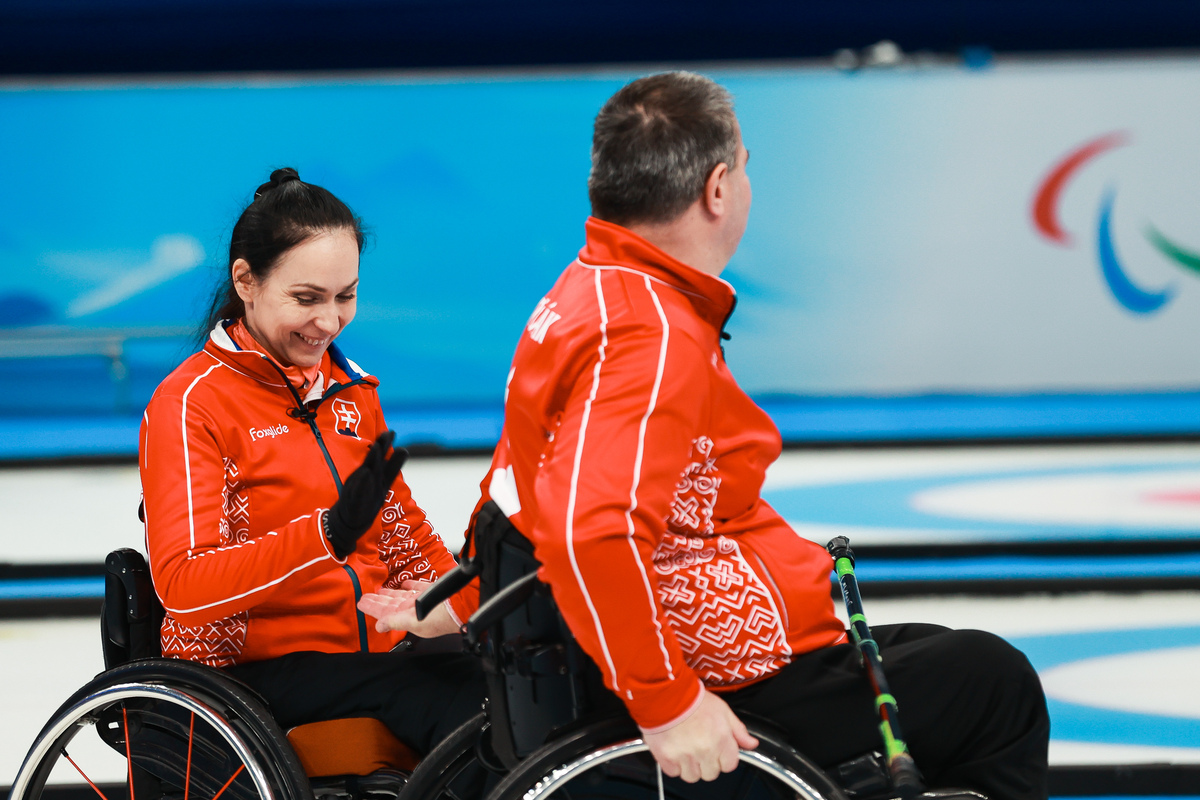 Slovakia claimed the last Paralympic semi-final spot on Thursday afternoon, despite not having played in the 16th session of the round robin.

The Slovak qualification required Latvia to lose their game against Great Britain. The Brits won the match-up by 8-4, and Slovakia completed the play-off field.

Other winners of this session were United States and Estonia.

Latvia needed a win over Great Britain to keep their semi-final hopes alive. They shook up their line-up for this game, and Ojars Briedis took on skip duties, while Agris Lasmans threw last stones.

Great Britain stole a single in the first end and three points in the second as Latvia’s Lasmans faced some difficulties with his take-out attempts.

In the third end, Latvia got on the board with a single point.

In the fourth end, Britain scored three after a terrific promotion take-out by their fourth, Gregor Ewan.

Britain led the game by 7-1 going into the break.

The Brits stole a single in the fifth when Lasmans came up short with his last draw attempt.

Latvia scored a single in the sixth and stole two points in the seventh to narrow the gap to four points before the eighth end.

In the eighth Great Britain ran Latvia out of stones, with the final score being 8-4.

After their win, Britain’s lead Meggan Dawson-Farrell said, “We put Latvia under pressure, we kept doing it, kept making shots, kept them on their toes and came out with a win.”

Korea stole a single point in the first end when American skip Matthew Thums missed his take-out attempt with his last stone.

In the third, Korea scored two right back to go up 3-2. In the fourth, United States levelled the game by scoring one.

In the fifth and sixth ends the teams exchanged two-point scores to be level at 5-5 going into the seventh end.

In that seventh end, looking at a crowded four-foot, Jang threw his last stone through the house and settled for a single point and a 6-5 lead.

In the last end, United States scored two to win the game, 7-6.

After their last game of the Paralympics, United States third player Steve Emt said, “Win the last game, took fifth, I believe, one game out of the medal round. It was a nice week and we finished on a good note. That’s what it’s all about.”

Elaborating further on his experience in Beijing, he said, “It’s just another growing experience. In life there’s winning and there’s learning. There’s no losing, so we got some learning this week and we’re gonna build on it and continue on and be ready for next year’s worlds. We’ve got a great schedule coming up, so a lot of learning and a lot growing together.”

Switzerland stole a single in the first end, when Estonian skip Andrei Koitmae wasn’t successful with his raise attempt.

In the second end, Estonia scored one to tie the game.

In the third and fourth ends, the teams swapped two-point scores with hammer and went into the break tied at 3-3.

In the fifth end and sixth ends, Estonia stole two and three points, respectively. In both occasitons, Swiss skip Laurent Kneubuehl came up short with his last draw attempt.

In the seventh end, Estonia was leading by 8-3, and Switzerland had the hammer. The Swiss had a chance to score three, but Kneubuehl’s last take-out attempt missed its target, and Switzerland needed to settle for two points.

In the eighth, Switzerland scored a single, making 8-6 the final result, Estonia winning.