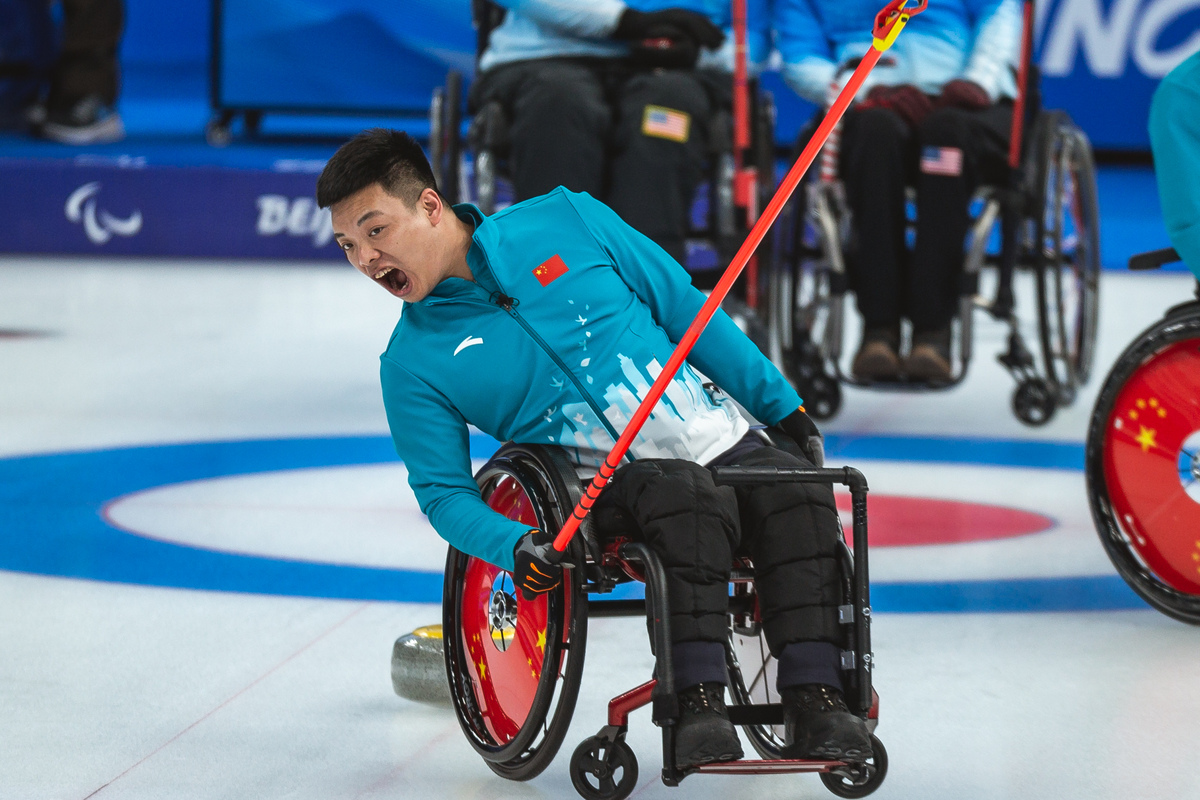 All four sheets of ice were in play in session 11 of round robin at the Paralympic Winter Games on Tuesday night. Sweden, Slovakia, China and Norway finished as winners.

Sweden had a strong start to their game against the Brits, leading 6-0 after the half-way point.

Great Britain put up a strong fight in the second half, scoring one in the fifth end and stealing a single in both the sixth and seventh ends to make the score 6-3.

Sweden held a three point lead, with the last stone in the final end, and ran Britain out of stones, to win by 6-4.

Following an earlier loss to Korea, the Canadians looked to finish day four of round robin with a win, while Slovakia was in search of their second win of the day.

In the fifth end, Slovakia scored a vital four points when Canada’s Jon Thurston was heavy on his draw, leaving the door open for the big end.

Canada responded with four of their own in the sixth, when Slovakia missed a double take-out, removing only one stone, to give Canada a 7-6 lead.

The big ends continued in the seventh end, when Slovakia made a hit and stay for three to regain the lead, 9-7.

In the last end, Thurston came up light on his final draw to tie the game, giving Slovakia the 9-8 win.

China pleased the home crowd, stealing five in the second end over the Americans, when they missed the house on a draw. The Chinese continued their offensive play into the fourth end, scoring three points on a hit, for an 8-1 advantage.

From here, the hosts controlled the house and the scoreboard, rolling onto a 10-2 victory for their fourth win so far.

Yan Zhuo, lead player for China commented on the the game, “From the beginning of this match we were in a very relaxed mood and we have very good teamwork. I think they [United States] were a little bit nervous in the first end and they made some mistakes and they didn’t manage to keep up.”

“Generally, we are in a very excited mood but we can’t be too up, we don’t want to hurry up and we take it one shot at a time.”

In a back and fourth battle, both teams exchanged scores of two in the first four ends, to level the game 4-4.

With three stolen points between the fifth and sixth ends, Norway took control of the game. They held a two point lead, with the last stone going into the eighth end and went on to win, 8-5.

Ole Fredrik Syversen, Norway’s skip said, “This was a great day for us, so we are very satisfied. We had two good games so we are believing in what we do, and never give up. I hope [we pick up momentum]! In the other games we had some big mistakes, small mistakes and the teams we meet are strong teams. Everybody can beat each other. So we need to have the focus on the top, always.”

“We have tough games tomorrow, against Sweden and China, so we must go home for sleep and start to prepare for tomorrow.”