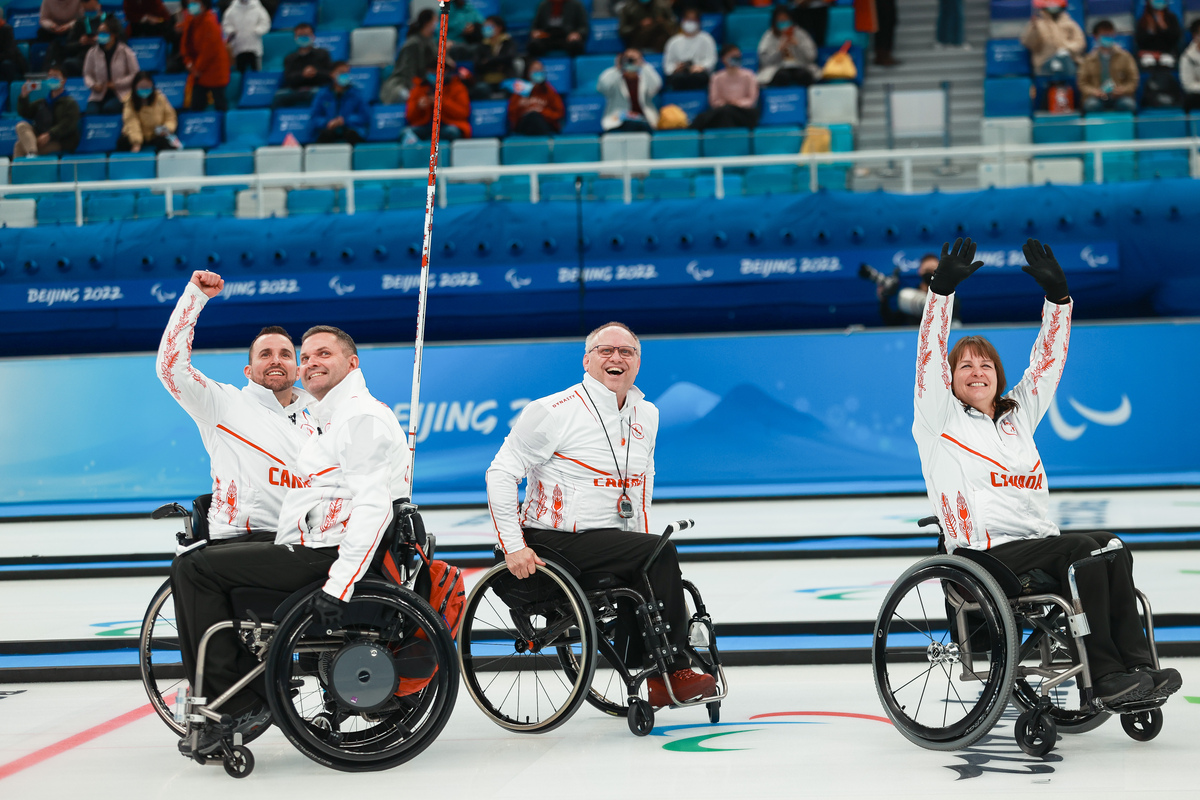 Canada took bronze medals at the Paralympic Winter Games in PyeongChang in 2018, while Slovakia finished ninth four years ago.

Canada started the game with a single steal, after Slovakia’s fourth Peter Zatko came up short with his last draw.

In the second end, Canada had another steal when Zatko missed his take-out attempt on a Canadian counter.

Slovakia blanked the third end and carried the hammer over to the fourth. In that fourth end, they scored two to tie the game at 2-2, going into the break.

In the fifth end, Canada’s fourth player Jon Thurston made a precise draw to the four-foot to take a single to the lead the game at 3-2.

In the sixth, Canada stole a single after Zatko’s unsuccessful double take-out attempt.

The North Americans were leading the game by 4-2 going into the seventh end. In that end, Slovakia only scored a single as Zatko came up short with his last draw attempt.

Canada was leading the game and having last-stone advantage, going into the eighth end.

In that end, Slovakia had two stones in the four-foot when Jon Thurston threw his first. He removed both opponent stones and kept his shooter with a perfect double take-out.

At this point, Canada had three stones in the house. Slovakia’s Zatko made a draw to the four-foot with his last, to sit shot stone.

Thurston took that out with his last, and as he kept his shooter, Canada scored four points, won the game by 8-3 and claimed Paralympic bronze medals.

Canada’s Thurston reflected on his feelings after the game, saying, “I’m so excited to win the bronze medal. Obviously, we were hoping for gold, but it was nice to rebound and win the bronze. It’s a good week for us. We had a really good round robin, we stuck with our process and we’re rewarded with a bronze medal.”

After their victory, Canadian skip Mark Ideson said, “I’m just trying to digest it all. You know, it was such an exciting game, and emotion day, up and down. Of course, down first after the semi-final, it was a tough loss. Just regroup and get back and come out with a win was very special. The team played really well, we’re well supported by a great staff. So, I’m really happy right now.”

Talking about his two Paralympic bronze medals, he said, “Both are equally special. The one in PyeongChang was really special because my family was there and we miss them dearly here. Because they would be celebrating here with us, but I know they’ll be celebrating at home.”

Speaking about their own celebration with the team, he added, “We’ll definitely connect with home and we’ll toast each other maybe with a glass of wine or something like that.”