Then and Now: Canada’s Mark Ideson ahead of his third Paralympics 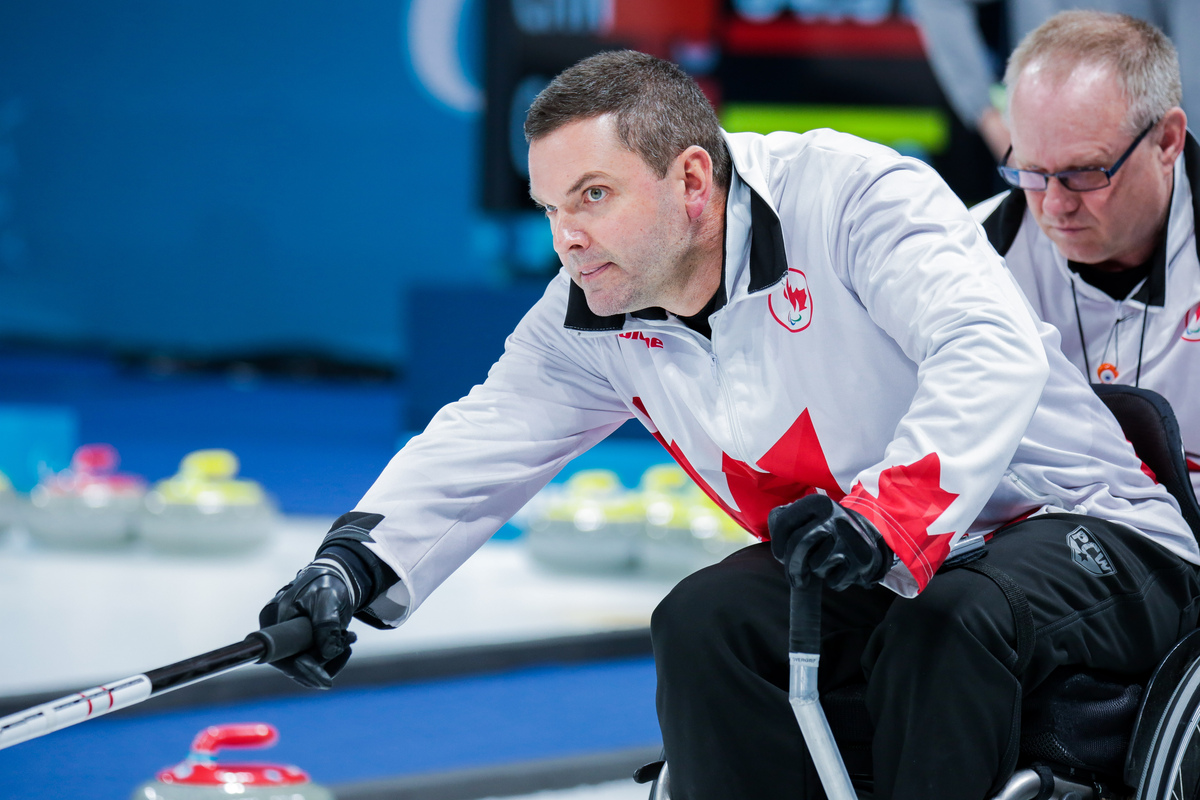 Home / News / Then and Now: Canada’s Mark Ideson ahead of his third Paralympics

Canada’s Mark Ideson, while sitting in his hospital bed after a horrific helicopter crash in 2007, almost talked himself out of a Paralympic career that would see him win two medals — gold in 2014 and bronze in 2018.

“I had made a promise to myself not to play any sports that I had played able-bodied as I didn’t want to compare my old abilities to my new ones,” explained the 45-year-old as he discussed his introduction to the sport of wheelchair curling.

“I had said no to trying wheelchair curling a few times because of this, but after being inspired by the 2010 Olympics and Paralympics in Vancouver, I decided to give it a try.

“I fell in love with it right away and have enjoyed every moment since.”

Ideson’s Paralympic journey began in Sochi in 2014 as he was afforded the opportunity to join the rink headed by Jim Armstrong as an alternate.

Armstrong led Canada to a 7-2 round-robin record before victory over Wang Haitao’s China in the semi-finals.

An 8-3 demolition followed in the gold medal match against round-robin toppers Russia. In fact, Russia, skipped by Andrei Smirnov, lost only two games all tournament, both to Armstrong.

Ideson lauds the experience he gained from being part of that Canadian rink.

He said: “Participating as the alternate in the 2014 Sochi Games gave me valuable experience in performing on the biggest stage.

“It was an excellent opportunity to observe and learn what I needed to do to develop my game to be competitive at the Paralympics.”

Four years later Ideson would skip his own rink at the Paralympic Winter Games PyeongChang 2018.

Team Canada reached the play-offs with a 9-2 record after the round robin and headed into the semi-final with impressive momentum on the back of a six-game winning streak.

“The Paralympic round robin is a gruelling 11 games,” explained Ideson who is heading to his third Paralympic Games in Beijing.

“There are so many factors that can affect how you navigate the week and one of the most important is keeping expectations real.

“We had mentally prepared for the chance that we would not make it through the round robin undefeated, so we didn’t have those high expectations looming over us.

“We were happy to get off to a three-win start but then losing the next two allowed us to refocus our attention on the things that were working and helped us start to build momentum again from there.”

After winning six games in a row, Canada were drawn against China in the semi-finals — a team who also had a 9-2 record — albeit one of the Asian country’s defeats had come against Ideson’s rink.

In a tense affair, China and Canada exchanged single scores in the second and third ends, followed in the fourth and fifth by two-score ends to each side. China vitally held the hammer heading into the final three ends.

A pair of blank ends from China put Ideson and his team in a hole — they needed to steal in the final end to advance to the gold medal game: “We didn’t have hammer going into the final, we knew we had to steal the win.

“The thought process was to force them [China] to have to make their final shot, and to Wang Haitao’s credit, he made a beauty against two of our rocks in the four-foot for the win.

“It was a heartbreaker.”

Defeat set up a Bronze Medal Game against Korea on home soil, with the added pressure of an expectant and jubilant crowd cheering on the opposition.

“Having to play Korea in the Bronze Medal Game, with their home crowd behind them, was extremely exciting.

“Managing nerves and getting off to a good start was important to us. Luckily, we opened up with a two steal which helped settle nerves and build some confidence early in the game.”

That steal of two proved crucial as Canada took home the bronze medal in a 5-3 victory — Canada limiting their opposition to just a trio of single-score ends.

Now preparing for another Paralympic escapade, Ideson explained the issues the COVID-19 pandemic has had on preparations for the 2022 Games.

He said: “Preparation for these Games has looked a little different from the lead-up to Sochi and PyeongChang. We’re spending much less time together as a team, and much more time practising alone.”

“Luckily we’ve been able to stay connected through Zoom and continue to grow and learn, even though we’re far apart.”

With expectations high — with Canada securing medals in the past two Paralympic Games — Ideson was quick to temper expectations and emphasis the importance of taking one game at a time.

“As long as we put ourselves in a good position to do so throughout the round robin, we’ll build the momentum and confidence we need to put ourselves back on the podium. The field is very strong and every game will be tough.”

Reflecting on his Paralympic experiences to date, Ideson would have this to say to his younger self:

“The Games are over quickly and they’re a once in a lifetime experience, so soak in every moment, believe in yourself and don’t forget to have fun.”

Engage with the World Curling Federation ahead of the Beijing 2022 Paralympic Winter Games on Twitter, Instagram, Facebook and Weibo and by searching the hashtag #Beijing2022 #curling