Japan and Great Britain advance to the women’s Olympic final 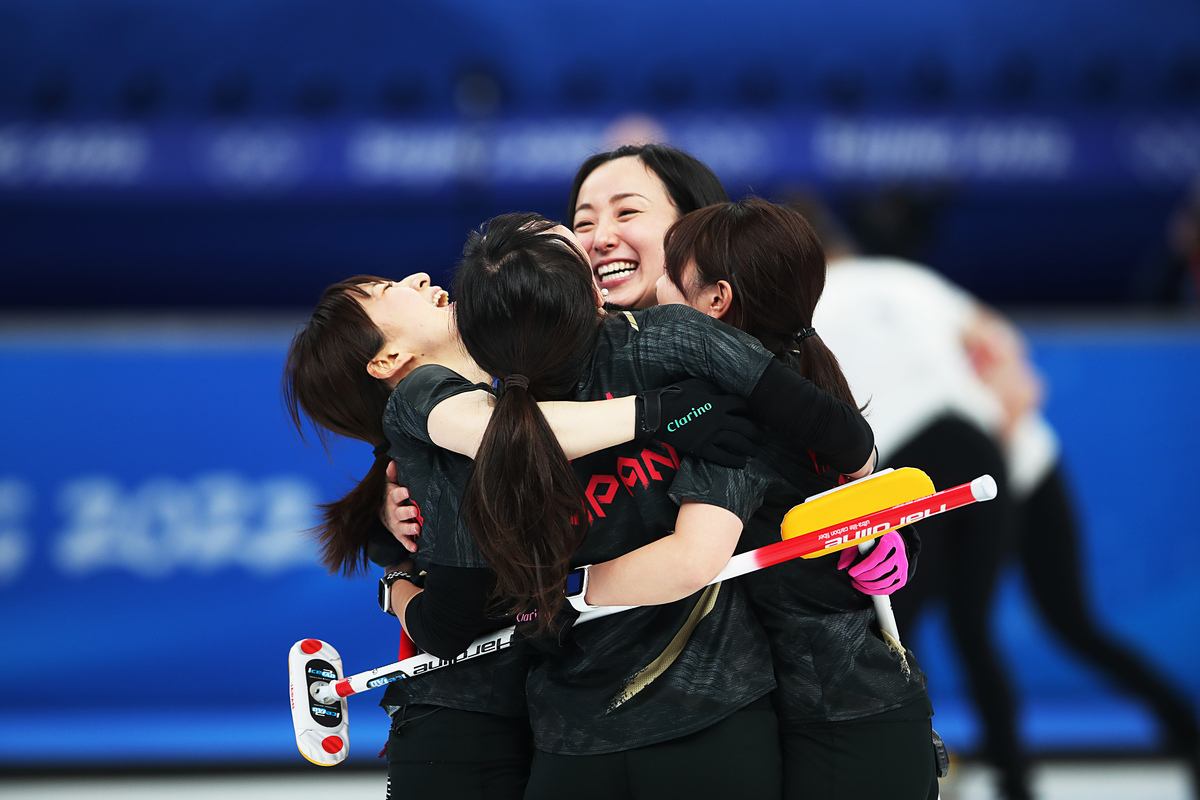 Great Britain will play Japan for gold medals on Sunday morning after their victories in Friday evening’s women’s semi-finals at the Olympic Winter Games Beijing 2022.

Great Britain had an extra-end 12-11 win over defending champions Sweden, while Japan beat Switzerland by 8-6.

In the game between the Swedes and Britain, Sweden started with last-stone advantage. When Great Britain skip Eve Muirhead came up short with her final draw, Sweden’s Anna Hasselborg scored four points with her final draw to establish a hefty early lead.

However, Britain responded in the second as they scored three points with a solid hit-and-stay by Muirhead.

In the third end, Hasselborg was forced to draw inside two British counters to score just one point.

In the fourth the exact opposite happened, with Muirhead drawing inside two Swedish stones for one, to take the score to 5-4 in Sweden’s favour.

Britain then levelled the score at 5-5 in the fifth end when an angle raise attempt by Hasselborg went wrong.

The teams swapped scores of two points in the sixth and seventh ends, for 7-7, before Sweden edged ahead in the eighth with a single point after moving a collection of stones around.

There was another collection of stones around the button in the ninth end and eventually Britain’s Muirhead came in with an angle take-out to score four points. It meant that Britain took the lead for the first time, at 11-8.

Sweden’s Hasselborg then played a hit in the tenth end to score three points and tie the game at 11-11 to force an extra end.

In that end, Hasselborg could not get inside a British stone already in the house, giving Britain one point and a 12-11 win without Muirhead having to play her final stone.

Afterwards, British second player Jennifer Dodds reflected, saying, “After we lost the four in the first end we were like ‘right, we need to grind this out’, which we know we can do. That kind of sums up this season. I’m so proud of the way we committed. None of us put our heads down and we kept fighting to the very last stone. I couldn’t be prouder.”

Dodds was generous about their Swedish opponents, saying, “She made a great shot in the tenth end, but we had the confidence of having hammer in the extra. We were pretty confident going into that last end. Now, we just hope we can do the British public proud on Sunday.”

In the game between Japan and Switzerland, the Swiss led by 2-1 as they came to play the fifth end.

In that end, Japan already lay one stone when their skip Fujisawa Satsuki came to play her last stone.  She then produced a double take-out to score four points and take a 5-2 lead into the break.

Japan then had a single steal in the sixth when Switzerland’s fourth player Alina Paetz played a hit but left a Japan stone counting.

Japan drew for one point in the eighth end for 7-5.

In the ninth, Switzerland’s Paetz played a hit, but her shooter just slipped out at the back of the house, giving the Swiss a score of only one.

This meant that Japan took a 7-6 lead into the tenth end and when Fujisawa drew her last stone inside the only Swiss stone sitting there, Japan took one more point for the 8-6 win that puts them into the Gold Medal final.

After this historic win, Japan coach J. D.  Lind said, “To get to the Gold Medal game is what we all dream about, and knowing that we’re guaranteed a medal is wonderful, I’m so excited. This team won bronze four years ago, which was historic. For us to repeat now just validated how good this team is, and how hard we’ve worked.”

He added, “Playing Switzerland in the last round-robin game was a really good chance to see how we stacked against them. We did a job on that, we had a good game plan and we executed it. Now, we’re just going to try to show up, ready to play, it’s not every day you get to play in an Olympic final.”