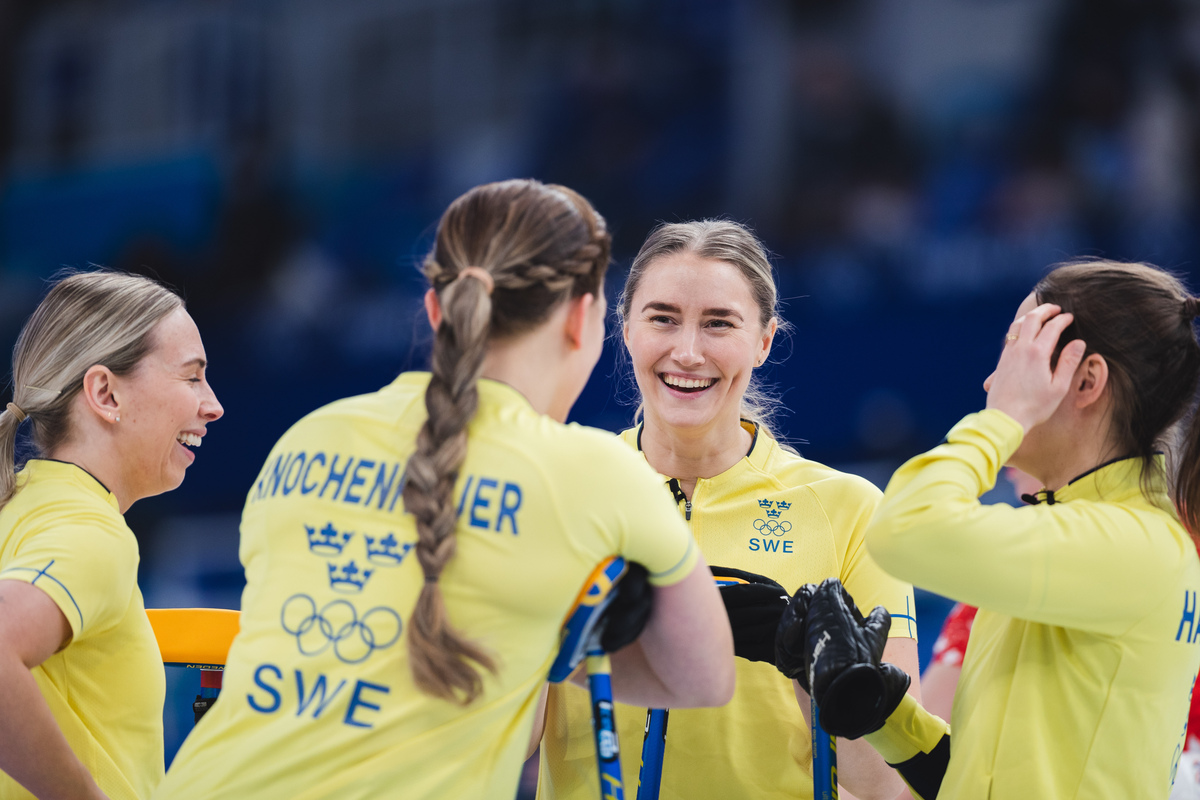 This win handed the Swiss their first loss of the event and kept the top seven teams on the ranking table well in the hunt for the semi-finals.

Other winners in this session were Canada, Denmark, and Korea.

Switzerland opened with a single point score in the first end and the game see-sawed after that throughout the first half, with the teams going into the break tied at 2-2.

In the sixth end, the final draw by Switzerland’s fourth player Alina Paetz slipped past its target, giving Sweden a steal of one and a 3-2 lead. Another single-point steal for Sweden in the seventh end consolidated their position, with a 4-2 lead.

In that end, Sweden’s skip Anna Hasselborg played a hit and just kept her shooter in the house to score one for the win, by 6-5.

This result keeps Switzerland at the top of the table and puts Sweden into joint second place, alongside Japan and United States.

Canada faced Great Britain and started strongly, stealing a single point in the first end when British skip Eve Muirhead could not remove both Canadian stones sitting in the house.

The scores were tied at 1-1 in the fifth end when Canada skip Jennifer Jones clipped out two British stones to score three in the end and go into the break with a 4-1 lead.

This proved to be the turning point in the game, as the British team could not build anything in the second half.

Eventually, in the tenth, Muirhead attempted a clear-out of a collection of Canadian stones, but left one counting to give Canada a further steal of one and a 7-3 win.

Afterwards Canada skip Jennifer Jones said, “We needed those wins today, so I’m feeling pretty good right now. We made some big shots when we had to and we didn’t give up any steals. We made a really good three in five. We’ve eliminated some of the bad ends that we had in our losses, and I think we had two really good games today.”

Korea faced Japan in this session, and it was the Japan team who made the early move, when, in the second end their skip Fujisawa Satsuki played a hit and stay to score two points and take a 2-1 lead.

In the third, Korean skip Kim EunJung responded with three points and then had a single point steal in the fourth for a 5-2 lead, but a further two points by Fujisawa in the fifth end, reduced Korea’s lead to 5-4 at the break.

In the sixth end, Fujisawa wrecked her last stone on the way into the house giving Korea the opportunity to score two and improve their lead to 7-4.

Japan could not really find a way back after this and a further score of two in the ninth for Korea gave them a 10-5 win as they climbed up the table.

After the game, Korea coach Peter Gallant said: “We played exceptionally well, especially our skip. She bailed us out of trouble early in the game. In the third end she made a triple and then she made a double when we’re in trouble again.”

“We probably got them on a little off night. I don’t think that was their best performance, they played well so far. We knew it was going to be a tough game but I think it came down to the execution and our skip just had the better night. We play Fujisawa so many times that we just know how good a player she is.”

Denmark played an ROC team still looking for their first win in this session and the Danes started well, scoring two in the first end.

But the teams were level at 3-3 at the break, and level again, at 4-4 after seven ends.

Denmark then scored three in the eighth to take a clear lead and then a double take-out in the tenth by their skip Madeleine Dupont gave them a further three points and a 10-5 victory, their second win so far.