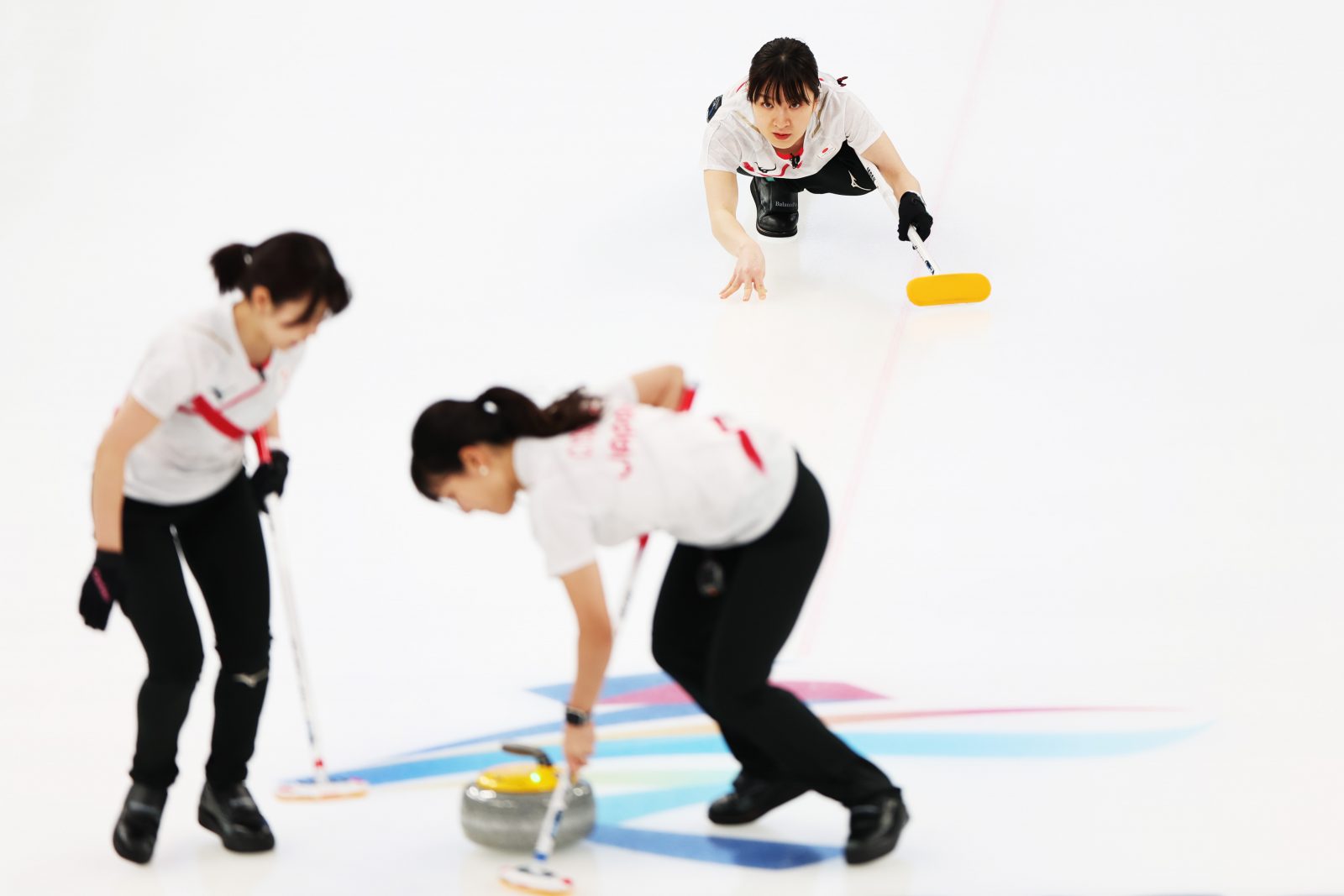 Japan and Korea both recorded their first wins so far in Friday afternoon’s third women’s round-robin session while Switzerland and United States were also victorious, to stay locked at the top of the table with three wins each.

Japan faced Canada in this session and opened with a single steal when Canada’s Jennifer Jones was heavy on a draw. The teams swapped scores of two in the next two ends and then, in the fourth, Canada played a hit but rolled too far, to give Japan a single steal and a 4-2 lead.

Japan then had another single steal in the fifth end to go into the break holding a 5-2 lead. Canada responded in the sixth end when Jones played a hit and stay for two points, to reduce Japan’s lead to 5-4, but a hit by Japan skip Fujisawa Satsuki gave her team another two-point score in the seventh as they extended their lead to 7-4.

Canada was facing three Japanese counters when she scored one in the eighth and Japan followed up with a single point in the ninth to take an 8-5 lead. Canada then had to concede when they ran out of stones in the tenth.

After her team’s win, Japan’s third player Yoshida Chinami said, “I’m so glad to win that big game, it’s so special for me. Also, I love Team Jones… they’re so good and that’s why I’m so happy to see them in the Olympics. I’m so happy to win this game, but I missed my last shot, so I hope to play better next game, but yes, we had control in the first half.”

Korea faced Great Britain in this session and, after blanking the first end, they gave up a single steal in the second when skip Kim EunJung caught a stone on the way into the house. Korea then scored two points in the third to take a 2-1 lead but, in the fourth end, it was Britain’s turn to catch a front stone, giving Korea a steal of one from the end and a 3-1 lead.

In the fifth end, Britain’s skip Eve Muirhead played a nose-hit to score two and level the game at 3-3. The game swung back and forth in the second half until in the ninth end, with Britain leading by 6-5. Korea scored four points when Kim picked out the sole British stone in the house, leaving her own counters untouched. Great Britain went on to run out of stones, 9-7.

After the game, Korea’s third player Kim KeyeongAe spoke about the ninth end turning point, saying, “We focused on the weight control and we think they felt some pressure, that’s why we had a good chance in the ninth end.” More generally, she added, “Now we can bounce back. We will adjust on the ice and get better.”

United States played China in this session. The Americans controlled the scoreboard, leading 6-1 after six ends.

In the seventh, China’s skip Han Yu was finally able to score, as she drew for two points, reducing the American lead to 6-3. But United States responded with a score of two in the eighth for 8-3. China scored another single point in the ninth and then conceded, with United States winning by 8-4.

In the fourth game of the session Switzerland faced ROC. The Swiss opened with a score of two in the first end and took a 3-2 lead into the break. In the sixth end, Switzerland’s fourth player Alina Paetz was light on a draw and gave ROC a steal of two and the lead, 4-3, for the first time in the game.

The turning point came in the eighth end when Russia’s skip Alina Kovaleva faced five Swiss counters on her last shot. Her draw was heavy, and she could only get inside two of the Swiss stones, to give Switzerland a steal of three and an 8-4 lead. Switzerland went on to win by 8-7.