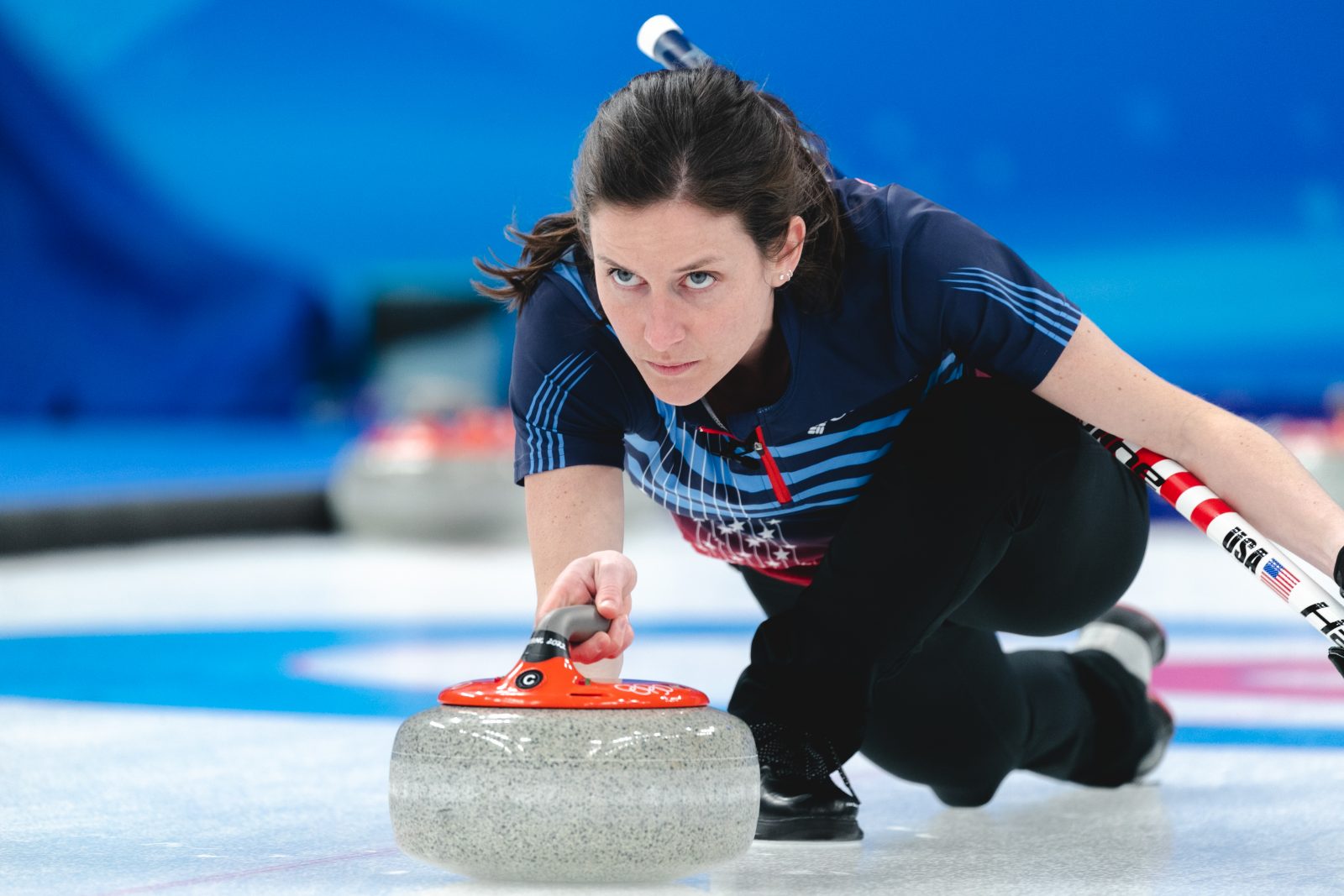 United States beat Denmark by 7-5 while world champions Switzerland resisted a strong challenge from China to win by 7-5 in Thursday evening’s second women’s round robin session. These two teams now sit at the top of the rankings, unbeaten.

Also in this session, Canada opened their campaign with a 12-7 victory over Olympic silver medallists Korea, while Great Britain beat the Olympic champions from Sweden by 8-2.

Although the United States started with a steal of one point in the first end, the game between them and Denmark was tied at 3-3 as the teams went into the fifth-end break.  They then swapped singles in the sixth and seventh ends before United States made the first breakthrough, scoring two in the eighth to take a clear lead in the game for the first time, at 6-4.

In the ninth end, Denmark’s skip Madeleine Dupont just mis-judged an angle raise shot and had to settle for one point, reducing the American lead to 6-5 but in the tenth, with one Danish stone sitting partially-covered on the wing, United States skip Tabatha Peterson drew confidently into the middle of the house, to score one point and take a 7-5 win.

Afterwards, lead Tara Peterson said, “We’re feeling good, we’re jiving. We’re super happy, it’s always nice to walk away from a two-day game with two wins. Now we’re excited to just go home and sleep. Figuring out the ice right away is a huge advantage. It’s swingy, it’s fast, it’s great, so we can manipulate a lot of shots – it’s fun when you can do so many team shots.”

World champions Switzerland faced China in this session, and, after Switzerland opened with a single point-steal in the first end, this game went all the way to the seventh end, with the score tied at 3-3.

The teams then swapped scores of two in the seventh and eight ends, to keep the game tied at 5-5 as they played the ninth. Switzerland scored one in the ninth to take a 6-5 lead into the tenth end, but, thanks to a collection of Swiss stones sitting in the house, China skip Han Yu had no real shot with her last, and gave up another single steal, to give Switzerland their second win, by 7-5.

Canada and Korea faced each other in this session as they both started their campaigns. Korea opened with a single point in the first end, but Canada skip Jennifer Jones played a confident hit and stay to score two points in the second end.

However, in the third end, after a couple of Canadian mistakes, Korea’s skip Kim EunJung had an open hit for three and a 4-1 lead. Canada responded straightaway in the fourth end when Jones played a tap-up for three and a 5-4 lead.

Canada then scored another three in the seventh end, when Jones cleared out Korean stones with a hit. A steal of two in the tenth end, when Kim did not really have a shot for the three points she was looking for, completed Canada’s opening win, by 12-7.

After Sweden blanked the first end against Great Britain, the British then had a single steal in the second end when a hit by Swedish skip Anna Hasselborg rolled just too far to score. In the fourth end, Sweden’s counting stone was lying uncovered and Britain’s skip Eve Muirhead had a pick to score four points and take a 5-1 lead.

Britain then followed that up with another single point steal in the fifth end when Hasselborg’s hit did not workout, to take a 6- 1 lead into the fifth-end break. Sweden scored one point in the sixth end and then a hit for two points by Muirhead in the seventh was enough to persuade Sweden to concede, giving Britain their first win so far, at 8-2.

Afterwards, Muirhead said, “I thought we played fantastic out there. We played well this morning, but the win just didn’t come. But we knew if we kept things pretty similar but sharpened up on a few shots, we’d have a good game and that’s exactly what we did.”

“We’re delighted obviously to take down the current champions. It’s nice to finish day one with a win.”  She added, “The four was the turning point, and especially to get it in the fourth end gives you a great jump as well. If you go four-up against these guys, it’s not over, you have to keep fighting until that very last stone is thrown.”