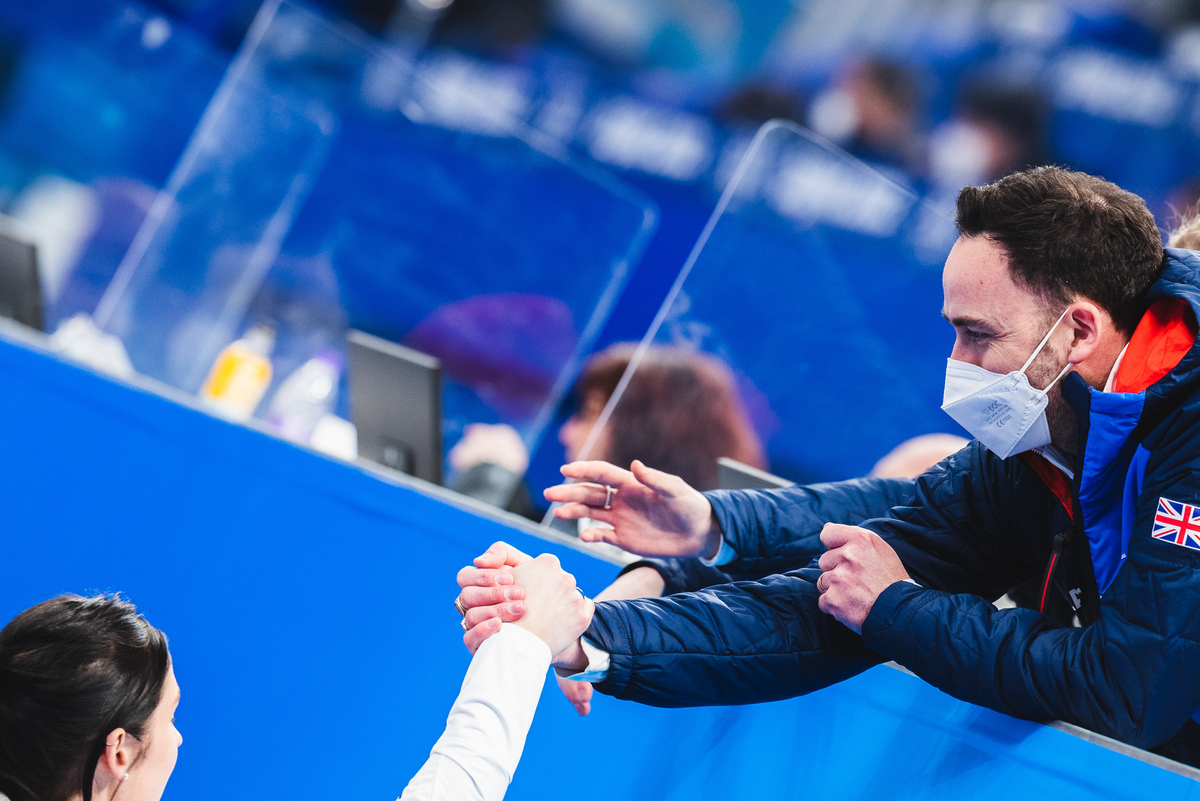 In the 12th and final women’s round-robin session, five teams still had play-off contention hopes with two places remaining in the semi-finals.

Japan, Great Britain, Canada, Korea and China still had the opportunity to make the top four, depending on the results from the session.

With a possibility of 16 scenarios playing out for the final two spots, when the dust settled, it turned out that Great Britain and Japan claimed the final two places in the semi-finals.

The reigning world champions, Switzerland, held a 5-2 lead over Japan at the break. Japan put two points on the board in the seventh end, to make the score 5-4. However, the Swiss responded with three in the ninth end with a double take-out.

Switzerland went on to run Japan out of stones to win, 8-4, and secure top-spot in the overall standings.

After all the games of the session were over, Japan found out that despite their loss, they clinched the last semi-final spot.

Japan third, Yoshida Chinami said “I can’t believe that. We thought that our LSD is not good, that’s why we thought that this game was our last game. But now I’m so happy to get another chance to play against Switzerland.”

Reflecting on their game versus Switzerland and looking ahead of their semi-final against them, she added, “Fortunately, today’s game was our worst game in the life. It’s good for us, because we’re gonna play a better game than today’s game. So that’s why we just want to enjoy without the pressure and nerves.”

In a back-and-forth battle, Great Britain was up 4-2 after the fifth end against ROC.

The Brits gave up a steal of one in the eighth end when skip Eve Muirhead attempted a thin in-off to score, but couldn’t remove the only opposition stone, making the score 5-4, still leading.

Muirhead made up for it with a game-winning shot in nine, where she came through a port and raised her own stone into the ROC stone to score four.

ROC conceded and Great Britain put themselves in play-off position with a 9-4 end result.

After finding out that they secured themselves a spot in the semi-finals, Muirhead said “This morning we knew that we had to win for us and we needed to hope that a couple of games went our way. And of course, we concentrated first on our game and fingers crossed that Sweden and Switzerland or Denmark would do the job.”

She added, “I’m delighted. We worked very hard for this. Our first goal was to get to the semi-finals and that’s what we’ve done. Now we need to have a chat about that game and decide how we’re gonna play Sweden tomorrow.”

The Canadians opened strongly against Denmark, holding an 8-3 score after six ends of play.

Denmark could only manage to score a single in the eighth end, where they shook hands, 10-4.

Despite their win, Canada did not advance to the play-offs due to their Draw Shot Challenge score being ranked lower than Great Britain and Japan.

Korea also had a fighting chance to make play-offs, as they met Olympic champions, Sweden.

The Koreans held a 3-1 lead after four ends of play.

Sweden had a forceful comeback, scoring two in the eighth end with a tap, then stealing one in the ninth end.

Sweden kept their foot on the gas in the final end, where they forced Korea into a challenging triple take-out for two points. Korea missed their shot and Sweden stole two more points, winning by 8-4.

With these results, Switzerland will play Japan and Sweden will play Great Britain in the semi-finals at 20:05 on Friday 18 February.