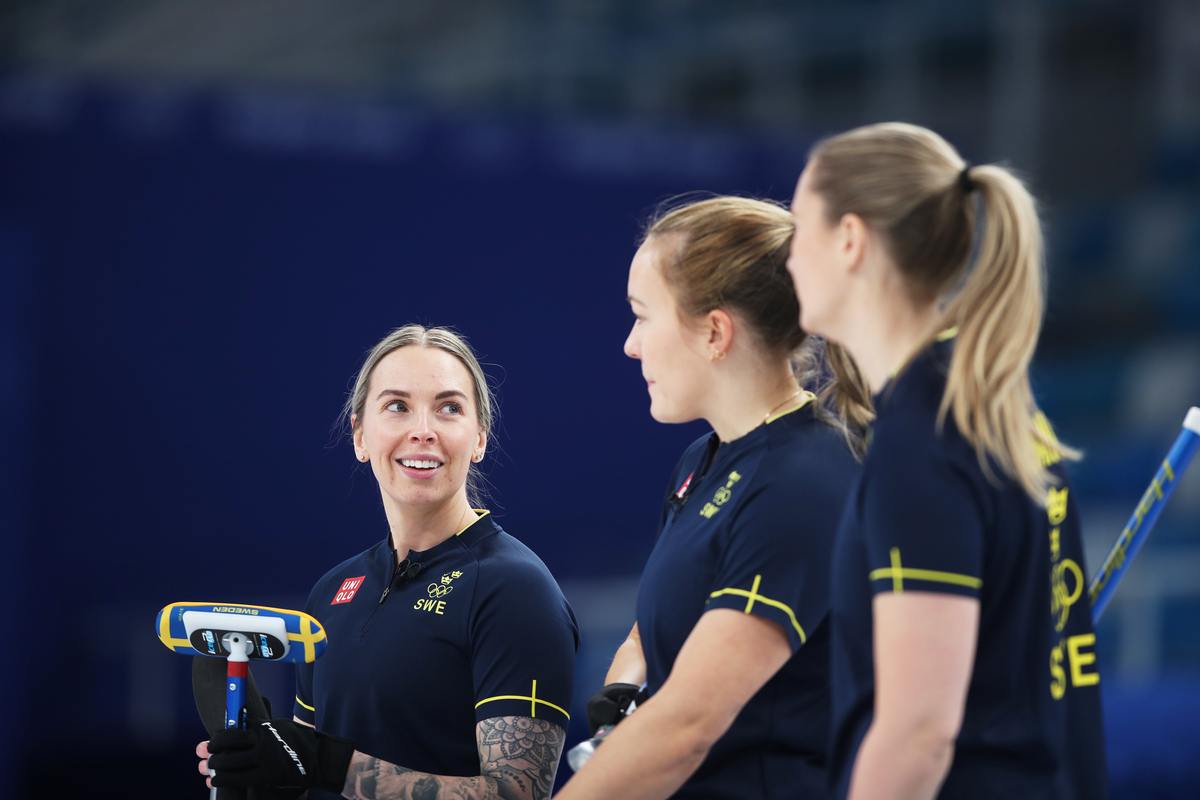 In the fifth end, Hasselborg showed confidence in her sweepers and draw weight when she made a perfect draw to the button against three counters for one point and to make the score 3-2 in Japan’s favour.

The roles reversed in the sixth end when Japan’s Fujisawa faced a tricky draw against four.

The stone didn’t curl enough and resulted in a steal of three for the Swedes and they took a 5-3 lead.

In the seventh, after a perfect corner freeze by Hasselborg to limit any possibility of a multiple score for Japan, skip Fujisawa was forced to take a single on a hit-and-stay to make the score 5-4.

In the eighth end, Hasselborg played a short runback to score three points and go up, 8-4.

The Japanese had a chance to score four and tie the game after a missed Swedish hit in the ninth end, but Fujisawa’s final hit hung wide and they only scored one to make the score 8-5.

“I actually liked the way I threw it,” said Hasselborg. “We just took too much ice and it’s one of those things. It’s a first game of the championship and you gotta learn the ice and figure it out.”

Overall, the Olympic champion was pleased with their opening appearance, “I really enjoyed the ice, I think we missed a couple of shots but we learned from them and it’s way better to go out with a win and learn from a win than learn from a loss. It was a great battle and great patience.”

The scores were tied at 3-3 after five. After a blanked sixth end, the Danes capitalised on a missed take-out attempt by China and had a draw to the eight-foot for three points to take a 6-3 advantage after seven ends.

In the ninth end, Denmark’s Madeleine Dupont was slightly heavy with her final draw and gave the hosts a steal of two to tie the game 6-6 heading into the final end.

The Chinese continued to put the pressure on Denmark, stone after stone in the tenth end. Facing a pile of yellow stones, Dupont decided to play a draw to the button through a small port.

The game looked to be soon over in China’s favour but with incredible stone management by the Danes, it resulted in a perfectly played draw to the button to secure the winning point, 7-6.

“The last shot — I didn’t think it was there!” said Dupont. “You know sometimes I’m wrong, and it’s good to be wrong.”

“I think we’re prepared the best possible way we could and I think we showed that throughout the whole game.”

“The feeling is just phenomenal, you cannot have a better start than this!”

The Americans came out strong against ROC, leading 6-1 after five ends of play.

In the seventh end, ROC had to decide whether to go for a steal, or risk conceding a multiple score.

They opted to draw around an American stone top twelve. ROC skip Alina Kovaleva made the draw to the tee-line perfectly and forced United States’ skip Tabitha Peterson to play a short runback.

She executed it without fail and secured three points. ROC then shook hands, with the final score, 9-3.

Great Britain and reigning world champions Switzerland went all the way to an extra end. In a cluttered tenth end, Switzerland’s fourth stone thrower Alina Paetz tried to squeeze out an opponent stone from the button but it didn’t go far enough and resulted in a single point.

With the last-stone advantage in the eleventh end, Great Britain’s Eve Muirhead did her best to keep the front open.

Despite this, she left herself with a draw to the full button on her final shot.

With a slight over sweep by the Britons, Muirhead’s draw slid too far, giving the Swiss a stolen point for a 6-5 victory.