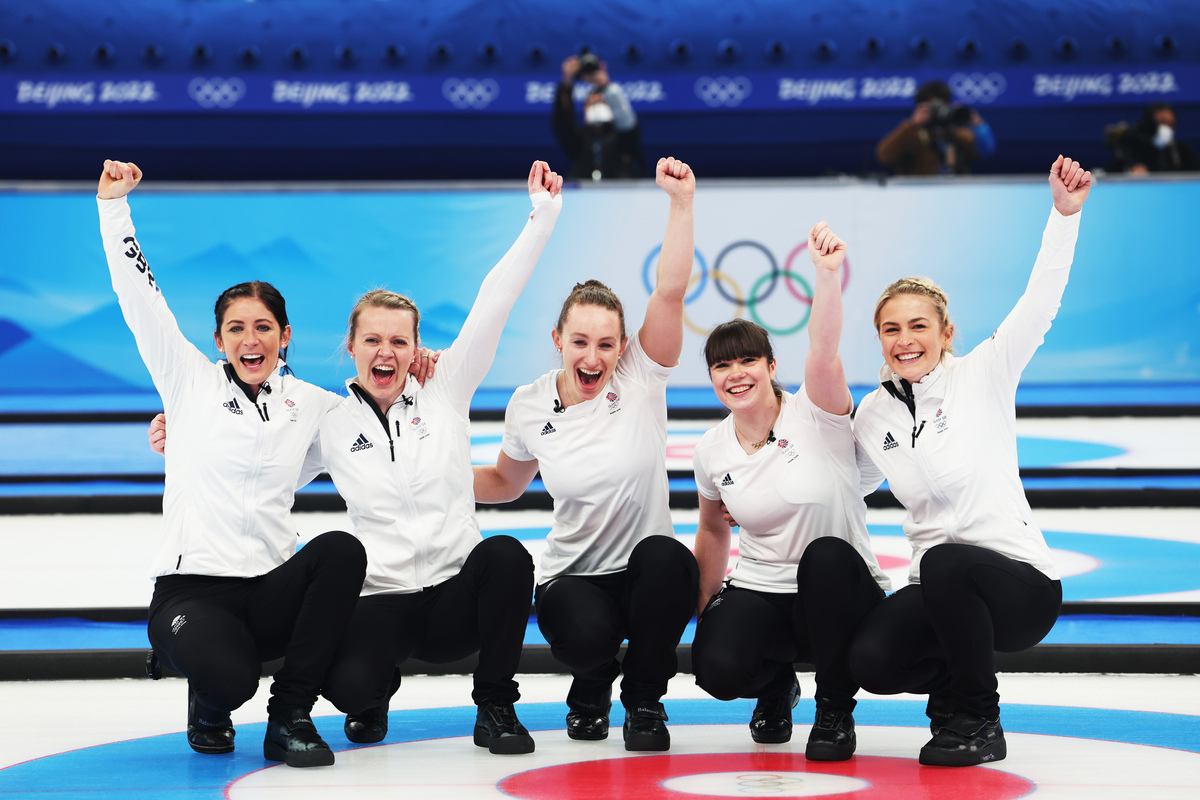 This was the last curling action of the Olympic Winter Games Beijing 2022.

This is the first curling gold medal for Great Britain since the 2002 Games in Salt Lake City.

To qualify for the Olympics in Beijing, both the British and the Japanese team had to take part and finish among the top three teams in the last-chance Olympic Qualification Event, held in Leeuwarden, Netherlands in December 2021.

In the first end, Great Britain had last-stone advantage and British skip Eve Muirhead used it to tap out a Japan stone that was lying shot, to score two points.

Japan got onto the scoreboard in the second end when their skip Fujisawa Satsuki played a hit-and-stay for one point, to reduce the British lead to 2-1.

Britain then blanked the third end. In the fourth, a draw attempt by Muirhead came in just too wide and long, meaning that she had to settle for just one point and a 3-1 lead.

Japan had last stone in the fifth end but before Fujisawa played it, Britain’s Muirhead had nudged her own stones into position to lie two.

Fujisawa then attempted to clear, but could only move one of the two British counters. It meant that Japan gave up a steal of one to give Great Britain a 4-1 lead at the break.

In the sixth end, Japan once again faced a crowded four-foot ring and, once again, Fujisawa could only score one with her last attempted clearance, leaving Britain still in the lead, at 4-2.

The seventh end produced the game’s watershed moment. After good set-up play by her team, Britain’s Muirhead executed a raise take-out and stay on the only Japan stone in the house to score four points and take a substantial 8-2 lead.

In the eighth, Japan looked for a way back into the game, but they missed a chance to score two points when Fujisawa was heavy with her final draw, meaning they could only score one as they reduced Britain’s lead to 8-3.

The British team dominated the ninth end and when Muirhead played a draw to score two more points with the last stone, for a 10-3 lead, Japan conceded.

A delighted British skip Eve Muirhead reflected on the final, saying “This is a moment I’ve dreamt of as a young child. I have lost two semi-finals at the previous two Olympics and then come out and have that great battle against Sweden, like we knew this was an opportunity that we might never get again. So I definitely made the most of it, I prepped the same as I prepped for every other game. And just standing on the podium and get that gold medal around your neck, is honestly a moment I’ll never forget.”

After the final, Japan third player Yoshida Chinami said, “Thinking about the game, it was not our best game. I feel very happy, but I have some little regrets. But about the overall competition, we are so happy.”

The medal-winning teams were: