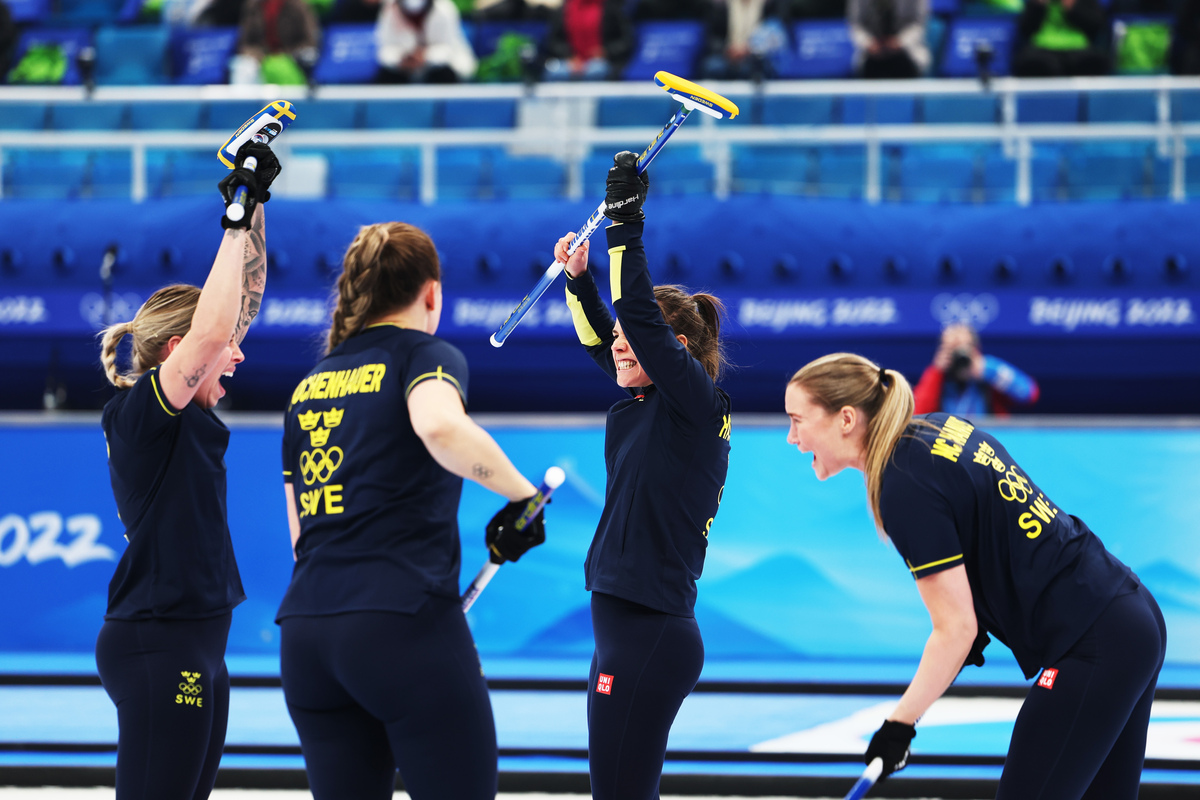 Sweden beat Switzerland by 9-7 on Saturday evening to claim the women’s Olympic bronze medals at the National Aquatics Centre.

The teams swapped single steals in the first two ends.

Then Sweden blanked the third end before taking a 3-1 lead in the fourth when skip Anna Hasselborg played a nose-hit with her final stone to score two points from the end.

Switzerland could only score one point in the fifth end, through a nose-hit by fourth player Alina Paetz, as they reduced Sweden’s lead to 3-2.

In the sixth end, good build-up play by the Swedes let their skip Hasselborg draw her last stone into position to score three points and give her team a 6-2 lead.

In the seventh end, Switzerland lay two as Paetz played her last stone looking to draw for three points.

But she caught a front stone on the way in and had to settle for just two from the end to reduce Sweden’s lead to 6-4.

Sweden moved further ahead in the eighth end when Hasselborg played a nice tap-back on a Swiss stone to score two points and increase her team’s lead to 8-4.

In the ninth end, Switzerland carved out a score of three points to reduce Sweden’s lead to just one point, at 8-7.

Sweden then managed the tenth end and eventually, skip Hasselborg had a draw onto the button around a Swiss guard to score one point, win the game by 9-7 and claim Olympic bronze medals.

After the game, a pleased Sweden skip Anna Hasselborg said, “It’s huge to go home with a medal. To be at two Olympics and go home with two Olympic medals is huge. I think everyone’s emotions showed how hard we’ve worked for every inch in this tournament. We worked so hard, and we never gave up.”

An understandably disappointed Swiss fourth player Alina Paetz reflected on the game, saying “We knew we had to try hard, and we did. But it wasn’t enough today.”

The final curling action of the 2022 Olympic Winter Games in Beijing will be Sunday morning’s women’s gold medal final between Japan and Great Britain.