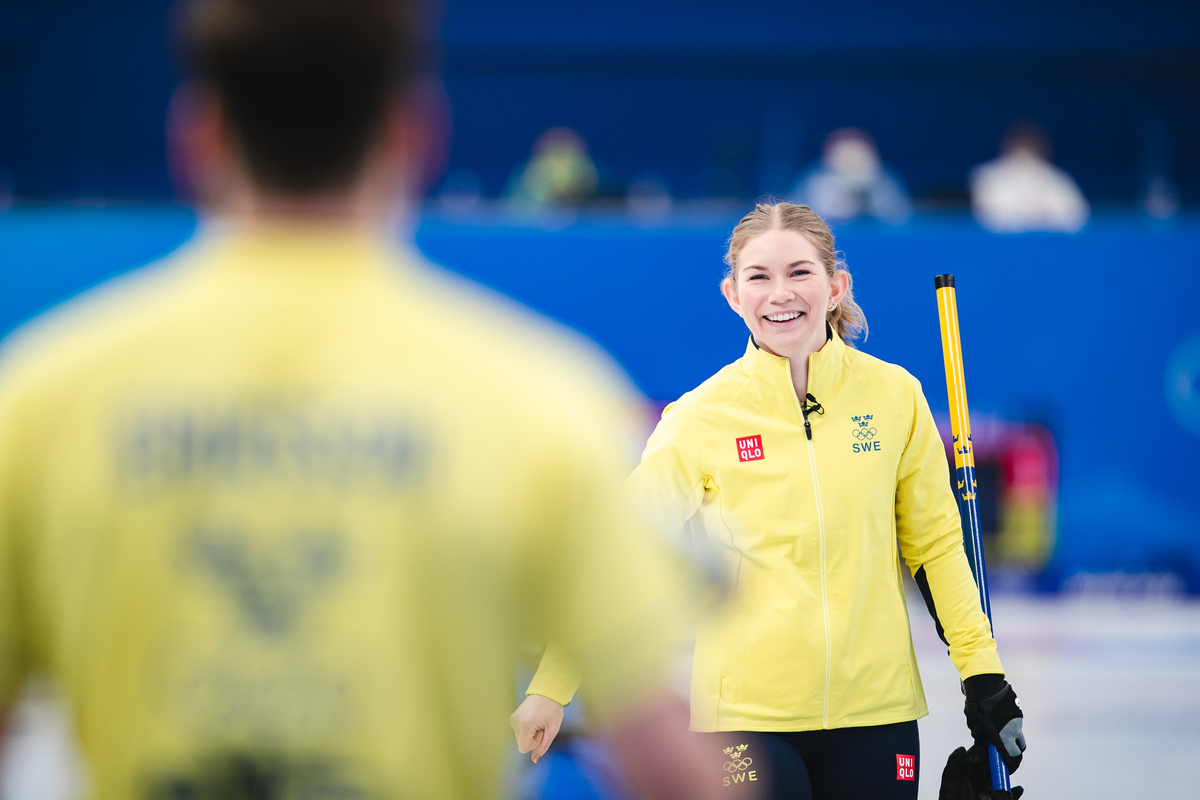 There were only two games in Saturday morning’s seventh Mixed Doubles round-robin session in the Ice Cube. Norway beat Australia by 10-4 in just six ends, while Sweden emerged as 6-1 victors over Switzerland, also in six ends.

Norway had the strongest possible start against Australia, scoring four points in the first end.

The Scandinavians followed that up with a steal of two in the second for a 6-0 lead, when Australia’s Tahli Gill got her angles wrong on an attempted take-out.

Australia had a draw attempt for two points in the third end which came up short, leaving them to score just one point.

In the fifth, Gill played a well-judged raise double take-out to score three and reduce Norway’s lead to 7-4.

With the last stone of the sixth end, Norway’s Kristin Skaslien tapped out an Australian stone to score three points and give her team a 10-4 lead.

Australia decided the deficit was now too much and conceded.

This was a second victory for Norway, keeping them in touch with the play-off chase, while Australia are still without a win.

Afterwards, Norway’s Magnus Nedregotten said, “We managed to reach our normal level in many of the ends, and that’s a huge relief. It’s not only about the win, it’s about the feeling and the confidence that we go out with in the next couple of games. The tension was right there. We are confident we can now do what we are capable of.”

In the other game of this session, Sweden opened with a score of two points, while a tap-out by Jenny Perret gave Switzerland a score of one in the second end.

Sweden then scored one in the third end to restore their two-point lead, at 3-1.

In the fourth end Switzerland gave up a steal of one when Perret’s multiple take-out attempt left one Swedish stone lying nearest the button.

After the break, in the fifth end Perret had a miss on a hit attempt, giving Sweden another single-point steal and a 5-1 lead.

In the sixth end, a third steal in a row gave Sweden another single point – for 6-1.

Switzerland conceded during the seventh end.

This result restored Sweden to a clear second place on the rankings behind leaders Italy while Switzerland still have only one win, and sit in ninth position.

After this win, Sweden’s Oskar Eriksson said, “That was a very good game for us, probably our best game. We put the pressure on them from the get-go. We were just making more shots in every end than we did yesterday, so that’s a big step forward for us. It’s a decent result and puts us in a better position to fight for the play-off spot. We wanted to win all six games so far, but the field is so strong and there’s no easy games out there. If we can continue this pace and win two out of three, I think we’re in the play-offs and then we only need to win two!”