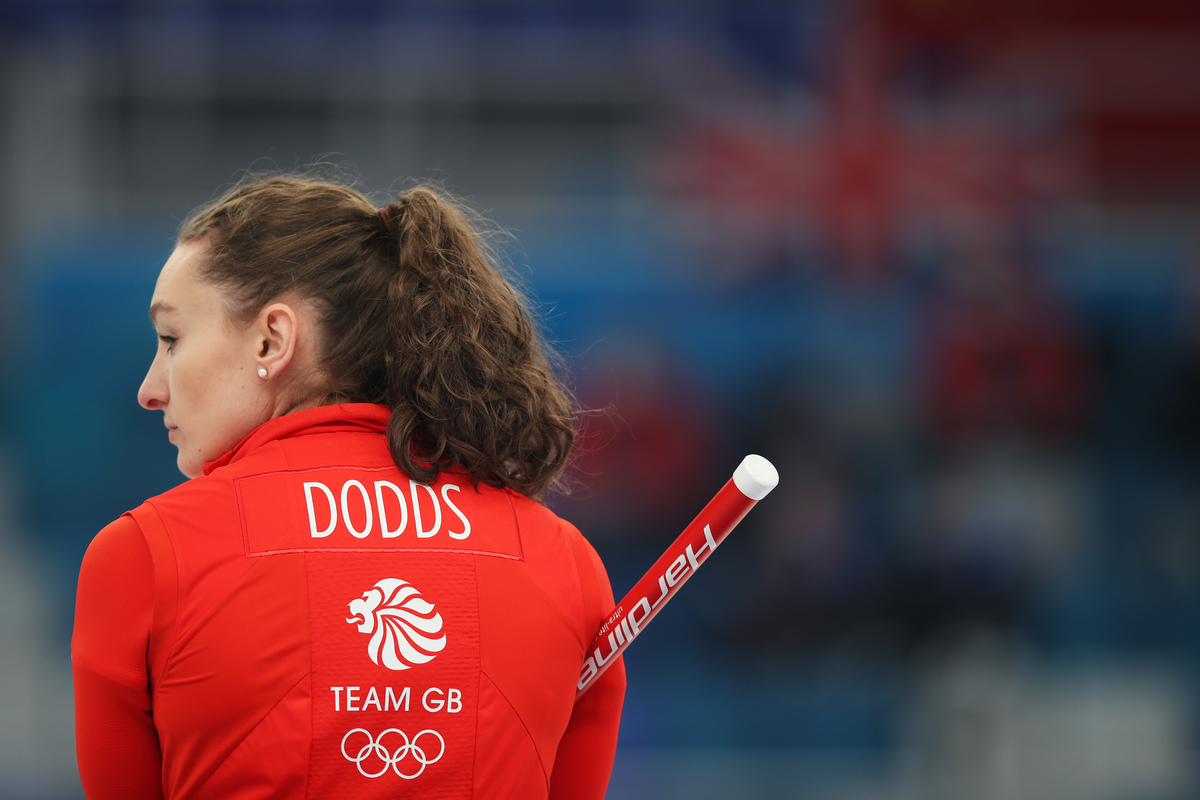 Table-toppers Italy had a 10-2 six-end win over Czech Republic in Friday afternoon’s sixth session of Mixed Doubles round-robin play to keep their unbeaten record, but the chasing pack – Canada, Great Britain and Sweden – is staying close behind.

Italy took the initiative from the first end in their game against the Czechs, when Stefania Constantini played a nose-hit to score four points.

Constantini then followed that up with an open draw for another four points in the fourth end to take a 9-1 lead into the break.

After the teams swapped singles in the fifth and sixth ends, the Czechs conceded, with a final score of 10-2.

Afterwards Constantini said, “I think this was the best game we’ve played – we made the right shot in every moment, so we were ‘sharks’ if I can say it like that. When they made mistakes, we were there and that was the key.”

Canada faced China in this session and, after China opened the scoring with one point in the first end, Canada gradually took control.

In the second end Canada’s Rachel Homan played a tap-up to score two points and the Canadians followed that up with a steal of two in the third to move onto a 4-1 lead.

China got back onto the scoreboard with two points in the fourth end when Fan SuYuan succeeded with a straight tap-back, and this reduced Canada’s lead to 4-3 at the break.

But after this, Canadian scores of two in each of the fifth and seventh ends gave them an 8-4 lead and control of the game after seven ends.

There was an extra moment of tension in the eighth end when Canada’s Homan had to leave the field of play for some running repairs to her slider shoe, but after this, China could only score two points to give Canada their third win so far, by 8-6.

While Australia may still be looking for their first win, they have battled in each of their games so far, as their British opponents in this session discovered.

By the fourth end, Britain had a 6-1 lead, thanks largely to a well-played tap-up for three points in the fourth end by Jennifer Dodds.

However, the Australians carved out a good fifth end, and a score of three points with a draw by Australia’s Tahli Gill reduced the British lead to 6-4.

In the sixth end, Dodds got her tap-up angles wrong to give Australia a steal of two that levelled the score at 6-6.

The teams then swapped two-point scores in the seventh and eighth ends to leave the result level at 8-8 and force an extra end.

In that end, Gill was heavy with her final draw, giving Great Britain a score of one without Dodds having to play her final stone.

After this close escape, Britain’s Dodds, said, “All the games are going to be tight because everyone can fight for play-off spots, we just need to keep at a high level. I think we had a really good start, but we knew they were going to come out firing after half time. Me missing that draw in the sixth put us under a wee bit of pressure and she played a great shot to get her two.”

Sweden played United States in a game that was tight all the way with, for example, the score tied at 2-2 at the fourth-end break.

United States then stole two points in the fifth end, but Sweden more than responded in the sixth when Almida de Val played a cross-house double take-out to score three points and give Sweden a 5-4 lead.

United States then scored three of their own in the seventh end for 7-5.

After this, Sweden had a chance to win in the eighth. However, de Val’s final hit could only score two, to tie the game at 7-7 and force an extra end.

In that end, de Val’s attempted take-out came in at the wrong angle, giving United States a score of one and victory in the game.

As the round-robin programme now moves into its second half, Italy remain undefeated on four wins at the top of the table, with Canada and Great Britain right behind, each on three wins and one loss.

Sweden also have three wins, but have played one game more. Behind these four, China, Czech Republic and United Sates are still in strong contention, each on two wins and two losses.