Italy and Norway victorious on Thursday afternoon in the Ice Cube 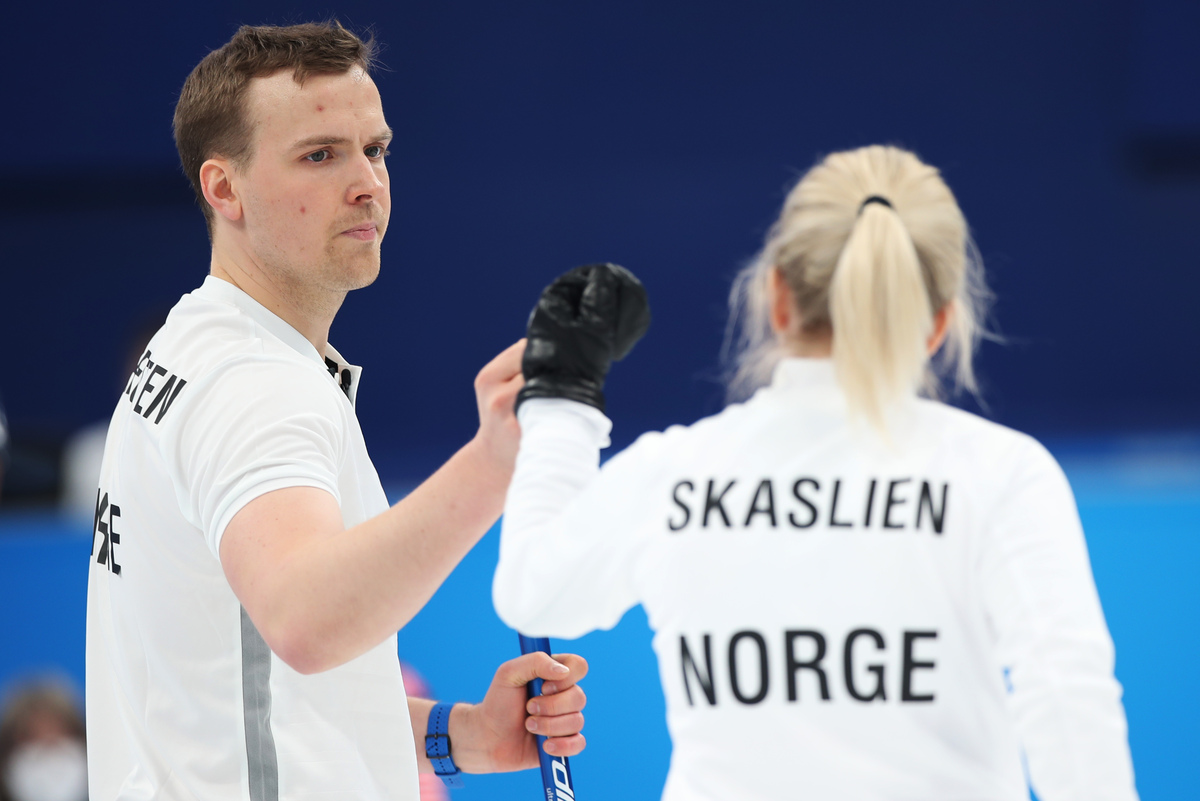 The Swiss opened the scoring with a single point in the first end. The Italians responded with a big score of three points in the second end, taking the lead by 3-1.

Switzerland scored two points back in the third end, levelling the game at 3-3.

The teams went into the break with a 4-3 half-time score in favour of Italy, after a single-point score in the fourth end.

Switzerland decided to call their power play in the sixth, being down by 5-3, hoping to secure a big end.

They nearly scored five points, but after an umpire’s measure and losing the shooter, they settled for three. It meant that the Swiss took the lead back the first time after the first end, at 6-5.

In the seventh end, Italy used their power play. They hit and stayed for two points, taking back the lead.

In the eighth end, Switzerland scored a single point, after missing a draw for the win and levelled the game at 7-7, sending the game into an extra end.

In the ninth end, Italy’s Stefania Constantini needed to draw to the button for the win. She just did that, which meant an 8-7 win for her and her teammate, Amos Mosaner.

After their victory, Constantini said, “I’m very, very happy for today. I think it’s the best way to start. They were important wins for us and tomorrow is another day so we have to refocus now to go home, have some rest and be ready for tomorrow.”

Speaking about her last shot she added, “I was feeling confident and I know that if I need it, Amos, he is there to sweep, so I was really cool throwing.”

In the other game of the session, United States played Olympic bronze medallists Norway, both duos looking for their first victory.

After exchanging single-point scores in the first two ends, United States put two points on the board in the third end to take a 3-1 lead.

The Norwegians responded with two points in the fourth end to level the score at 3-3 going into the break.

In the fifth end United States doubled their points on the board, scoring three with a precise double take-out for a 6-3 lead.

In the next end, the Scandinavian duo called their power play and used it well, scoring three points back after Kristin Skaslien’s perfect tap-out on a United States stone.

In the seventh end, the Americans called the power play, but couldn’t capitalise on it.

Norway were sitting three shot stones when Vicky Persinger settled in the hack before her last draw attempt. She came up heavy, giving up a steal of three and handling a 9-6 lead to Norway.

In the last end, Norway stole another two points and handed United States their second loss of the week. The final score was 11-6 for Norway.

After their victory, Norway’s Skaslien said, “We struggled out there today as well but we managed to make some key shots even though we struggled to find the right draw weight and line. But we had some important key shots after the break. There are ten really good teams out there and all the teams can get on the podium if they have a good week so there are a lot of tough games left.”

Her partner, on and off the ice, Magnus Nedregotten added, “Considering the surroundings as well, the sum of that makes it very-very tough to go to the play-offs.”

The round robin continues with the fourth session on Thursday evening at 20:05.