Italy and Sweden score first wins at the Olympics 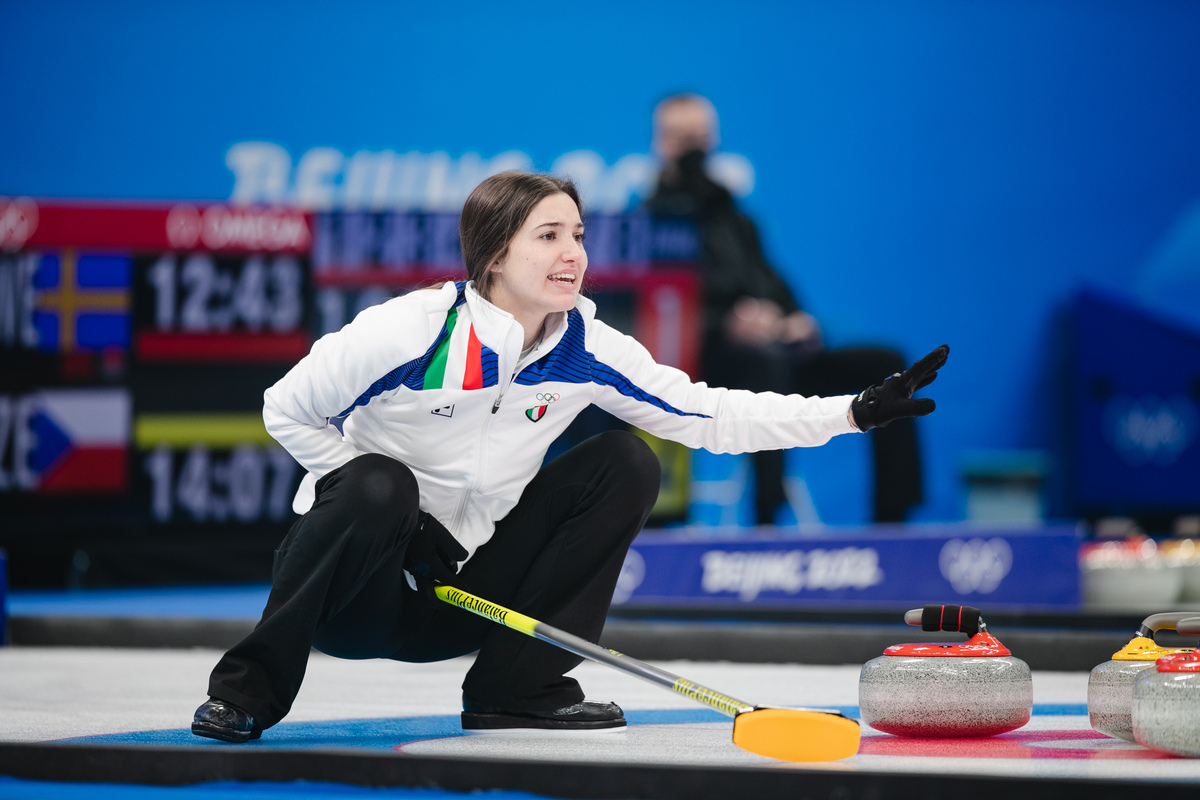 They had differing fortunes, with Italy beating United States, by 8-4, while Canada lost to Great Britain by 6-4.

In the other two games of this session, China recorded their second victory so far, with a 6-5 win over Australia.

In the fourth game of the session Sweden had their first win, beating Czech Republic by 7-4. Norway and Switzerland sat out this session.

In the game between Great Britain and Canada, the teams swapped singles in the first two ends before the Britons had a single steal for a 2-1 lead in the third end, when Canada’s Rachel Homan could not get her last stone into position through a busy house.

However, in the sixth end, with the Canadians down by 3-2, they used their power play and Homan produced a double take-out to score two points and take the lead for the first time, at 4-3.

Britain responded in the seventh, calling their own power play to score two points and restore their lead, at 5-4.

Great Britain then had a single steal in the eighth end to complete the 6-4 win that puts them into joint top spot, on two wins out of two games.

After this, Britain’s Bruce Mouat said, “To be performing in this venue, at this level — it’s really special. A win over Canada at any level is special too.”

Reflecting on their wins over two of their strongest opponents, Mouat’s partner Jen Dodds added, “Our performance there was a step up from yesterday. If you’d said beforehand that we’d win our first two games against these two teams — Sweden then Canada — we would have been very happy, so now, we’re delighted.”

United States were Italy’s opponents in this session. Italy dominated the game from early on when Stefania Constantini drew the last stone of the second end into position to score four points and take a 4-1 lead.

Italy followed that up with a single steal in the third end to extend their lead to 5-1.

Although the Americans scored single points in each of the next three ends to reduce the Italian lead to 5-4 after six ends.

However, the Americans never managed to get back on level terms and Italy sealed their 8-4 win with a steal of two points in the eighth end.

After her team’s success, Constantini said, “It’s my first Olympics, it’s my first game and it was a first win for us. So, I’m feeling very good.”

With the score tied at 1-1, China made the first breakthrough in the third end when their female player Fan SuYuan successfully played a draw for two points and a 3-1 lead.

By the sixth end, China held a 4-1 lead, but Australia’s Tahli Gill played a take-out with the last stone of the end, to score three points and level the game at 4-4.

In the seventh, China restored their lead when Fan hit out an Australia stone to score two points for 6-4.

Australia could then only score one point in the eighth end, to give China a 6-5 win.

After their second win so far, Fan said, “That was a good performance, it was a tight game, and it was difficult. We’re happy to have two wins because they’ve been very enjoyable games.”

Sweden faced Czech Republic in the fourth game of this session, and the teams were level at 2-2 at the fourth-end break.

Sweden moved into the lead, at 3-2, with a single steal in the fifth end.

The Czechs managed to split the house in the sixth end leaving their female player Zuzana Paulova with a straightforward task to draw for two points to take a 4-3 lead.

This was their first win so far, after losing their opening game to Great Britain in Wednesday’s opening session.

Reflecting on that, Sweden’s female player Almida de Val commented, “We are very happy to get a win on the board, we played a lot better today, so it was very nice.”

Meanwhile her partner, the experienced Oskar Eriksson said, “I’ve been telling Almida that when you’re in the building, in the arena, it’s pretty similar to a regular world championship or a big tournament. It’s all the other stuff… media after the games, just being around all the other athletes, that are way different of course, but when we’re in the building here, this is what we’re used to. So, just trying to make shots and of course, you’re a little bit extra nervous, going into that first game, so we’re happy with a win now after two games.”

The round robin continues with Thursday afternoon’s third session that features only two games – Italy versus Switzerland and United States against Norway.