Italy finish their round-robin campaign with a perfect record 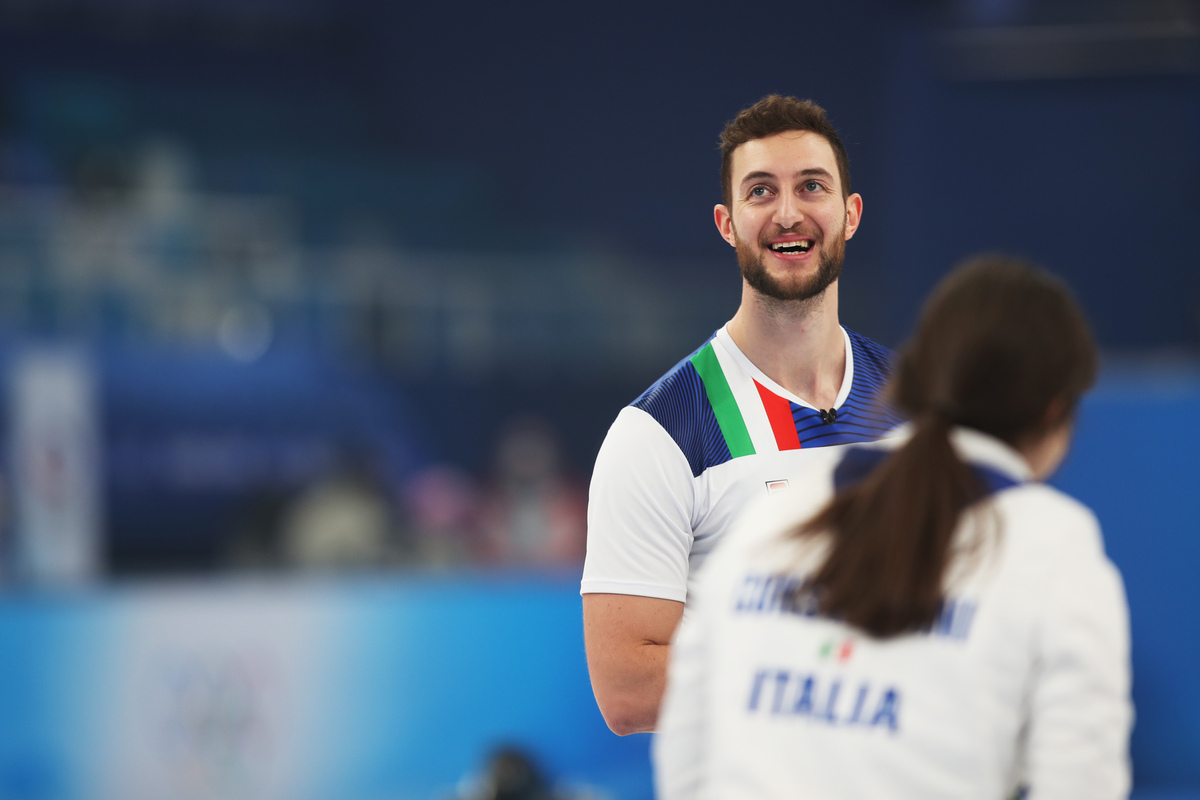 It was not decided until an umpire’s measure after an extra end, but Italy beat Canada by 8-7 in Monday morning’s 13th and last Mixed Doubles round-robin session. This result not only completed Italy’s programme unbeaten on nine wins, it also put an end to Canada’s semi-final hopes, relegating them to fifth place overall.

In other games in this session, Norway beat Switzerland by 6-5 to consolidate their second place on the rankings, while Great Britain’s 8-4 win over United States confirmed them in third place overall.

With Canada’s defeat, Sweden, who had completed their round-robin programme earlier, became the fourth qualifier.

They shared the same won five, lost four record as the Canadians, but their 6-2 win over Canada in Saturday’s eighth session gave them the better head-to-head record that sealed their semi-final slot.

Italy had built up a 4-2 lead by the half-way point of their game against Canada, but Canada levelled the score at 4-4 in the fifth end.

Then, in the seventh end, with Italy now leading by 5-4, Italy’s Stefania Constantini almost succeeded in removing three Canadian stones with a take-out attempt, but left two sitting on the wings.

Canada’s Rachel Homan was then able to draw her final stone to score three points and give her team a 7-5 lead.

Italy bounced back in the eighth end. With her last stone, Constantini drew into position to score two points, that levelled the scores at 7-7 to put the game into an extra end.

In that end Constantini drew her last stone into a pocket around the button and Homan tried to do the same.

It was hard to tell which of the two stones was counting, and it took two measure attempts by the umpire to finally confirm Italy had scored one by the narrowest of margins, to win by 8-7.

Amos Mosaner said, “We had a small chance to steal that game. I think we played a good extra end and in the end we were a little bit lucky because they overswept the last shot. It was perfect. We were a bit lucky we won.”

Norway, already qualified for the semi-finals, had built up a 3-1 lead by the fourth-end break in their game against Switzerland. However, the Swiss came back in the second half, scoring twos in the fifth and seventh ends to level the game at 5-5 before the eight end.

Norway’s Kristin Skaslien then played a hit-and-stay with her last stone to score one point and give Norway a 6-5 victory.

Like Norway, Great Britain knew that they were already in the semi-finals when they came onto the ice to face United States.

The Britons had a strong start, stealing three points in the first end when United States’ Vicky Persinger caught a front stone on her attempt to get into the house.

The Americans closed the British lead to 5-4 in the sixth end with a single-point steal.

However, another steal of two for Britain in the eighth end, when a clear-out attempt by Persinger did not work, sealed the British 8-4 win.

After this success, Britain’s Bruce Mouat said, “We’re really happy with how that game went, it was very important for our momentum.”

In the fourth game of the session, Czech Republic completed their campaign with an 8-6 win over China that included a score of four points in the sixth end, and saw them rank sixth overall. China finished in ninth place.

Looking forward to his team’s match-up, Britain’s Bruce Mouat said, “Obviously we’ve got a very tough game tonight in the semi-final, but I think the energy will be really good. We’re definitely looking forward to being in the Olympic semi-final.”