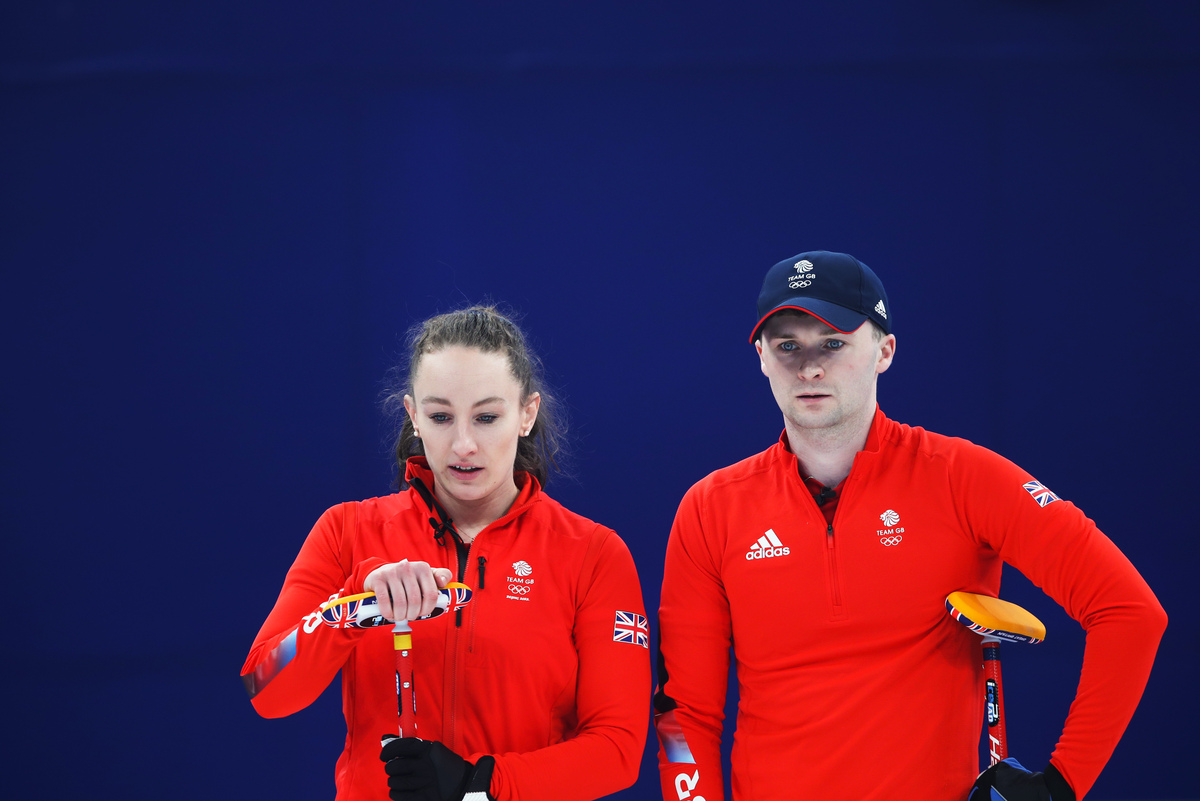 Just two games of Mixed Doubles play got underway on Sunday morning’s tenth round-robin session from Beijing. With Italy securing the first semi-final spot in the night session prior, the chase is on for the three final play-off positions.

United States met Czech Republic, looking to keep themselves in the mix. United States opened with one point in the first end. Three-enders were exchanged in the second and third ends to make the score 4-1 in favour of the Americans playing the fourth end.

Czech Republic’s Zuzana Paulova made a hit for four points in the fourth end to take a 7-4 lead. Then, United States’ Vicky Persinger navigated a small port to settle her final stone on the button for three points, 7-7.

“I felt pretty confident about the last shot because we were lucky that I could play the path and the speed I already played,” said Paulova. “It was the same shot as I played for the score of four. We just said that we don’t want to change anything, we just wanna play the same path, the same weight.”

In the game featuring Great Britain and China, the Chinese controlled the first half taking a 4-1 advantage after four ends. The Brits responded with three on their power play in the fifth end, with an open draw to the house. This leveled the game 4-4.

China made a nice hit for a single in the seventh end to tie the game 5-5 heading into the final end. Great Britain secured their single point in eighth end to win, 6-5.

“I think first off they controlled the four foot a wee bit, but I’m really proud of how we came out in the second half and really controlled that power-play end,” said Dodds. “And getting a big three really changed the momentum for us. And then stealing the following end in their power play was another kind of momentum swing for us. It was a game of two halves, wasn’t it?! But I’m really proud of how we fought back and I think that gives a lot of confidence before tonight’s game against Norway.”

These wins put Czech Republic at three wins and four losses, and Great Britain at five wins and two losses.