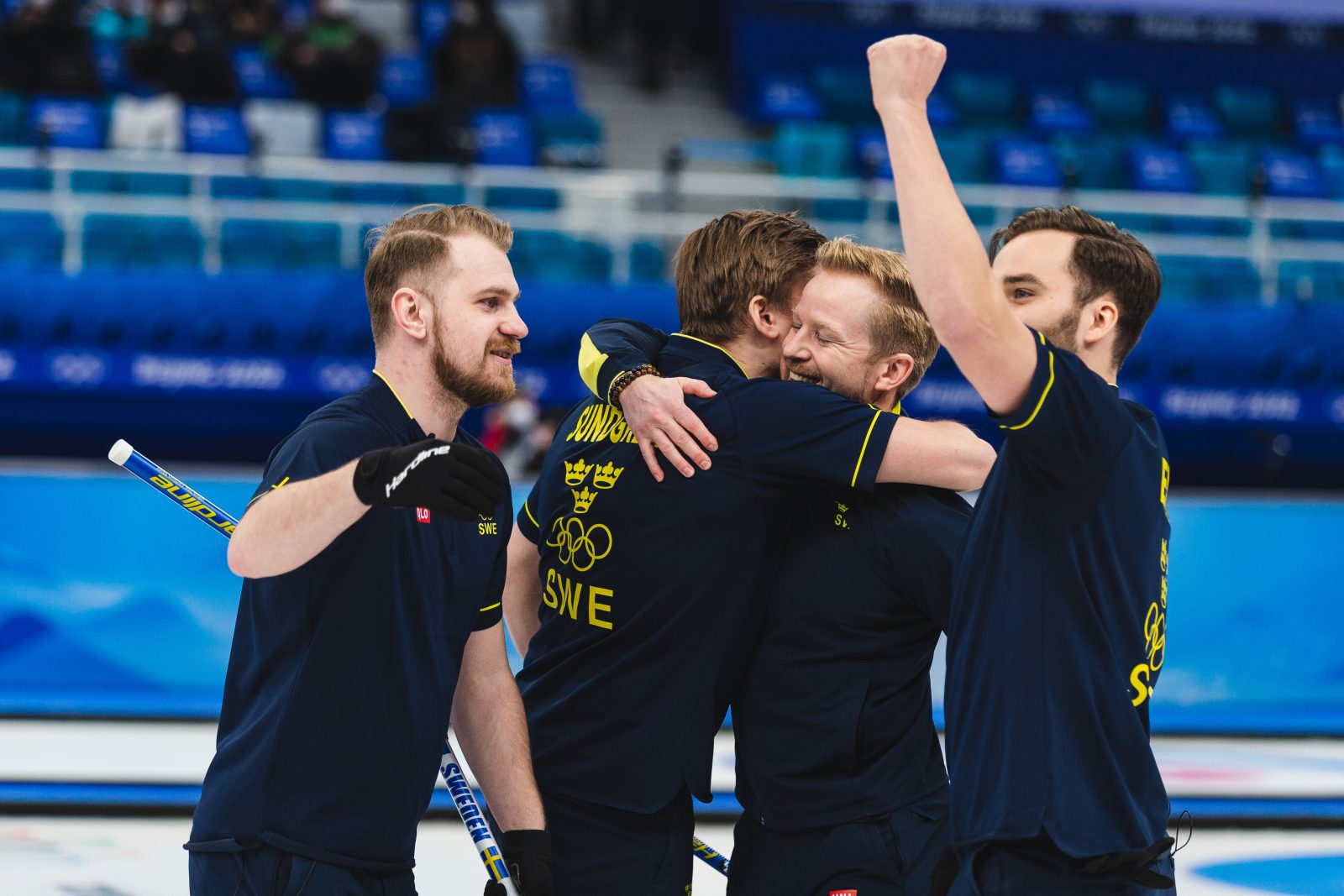 The British team beat defending champions United States by 8-4, while Sweden were 5-3 winners over Canada. Both United States and Canada will now play for bronze, on Friday.

Great Britain started with last stone advantage against United States, but it was the Americans who scored first, when, after a blank first end, Britain’s skip Bruce Mouat was wide with his final draw of the second, giving United States a two-point steal.

However, Mouat and his team recovered straightaway in the third end, when Mouat drew for three to take a 3-2 lead. In the fourth end, Shuster tapped out a British stone to score two and take a 4-3 lead and then, in the fifth Mouat played a hit and stay to score two, and re-take the lead, at 5-4.

The Americans were looking for a multiple score in the second half, while the British strived to contain them. This resulted in three blank ends until, in the ninth, with a collection of British stones sitting in the house, with one of them counting, Shuster elected to throw away his stone to keep the last stone advantage and give Britain a 6-4 lead.

In the tenth, Shuster was forced to attempt a tricky raise take-out and when this went wrong, Britain had a steal of two, with a final score of 8-4.

After his team’s win, Britain’s third player Grant Hardie said, “It’s unbelievable. With Shuster coming in here as defending Olympic champion, you knew they were going to throw everything at you, and we had to dig really deep after giving up the early steal. Bruce made an unbelievable freeze in the ninth end, which really just gave us complete control coming home. We knew if we made our eight shots (in the tenth) then we win the game, which we did so it’s great to see.”

He added, “We were prepared for nothing else than like what they did four years ago – put them in this stage and they know how to up their game. They threw everything at us – we’re glad we had the answers.”

Sweden blanked the first end of their game against Canada and then opened the scoring with one point in the second end when their skip Niklas Edin drew inside two Canadian stones sitting in the house. Canada’s skip Brad Gushue then played a nose-hit for one in the third end to level the score, but Sweden moved ahead again in the fourth when Edin played a draw for two points and a 3-1 lead.  Canada then scored two in the fifth end, and the teams went into the break tied at 3-3.

Sweden then blanked ends six and seven before scoring one in the eighth for 4-3, with another draw by Edin. It was then Canada’s turn to blank in the ninth, but, in the tenth Canada’s Gushue played a runback, but gave up a steal of one to hand Sweden a 5-3 victory.

This win puts Sweden’s Edin into his second successive Olympic final, as he tries to better the bronze and silver Olympic medals he already has in his collection.

Speaking later, Sweden’s third player Oskar Eriksson said, “It feels amazing. That was a great game by both teams today and it could have gone either way. We gave him a really tough shot in the last and all we could do was pray!”