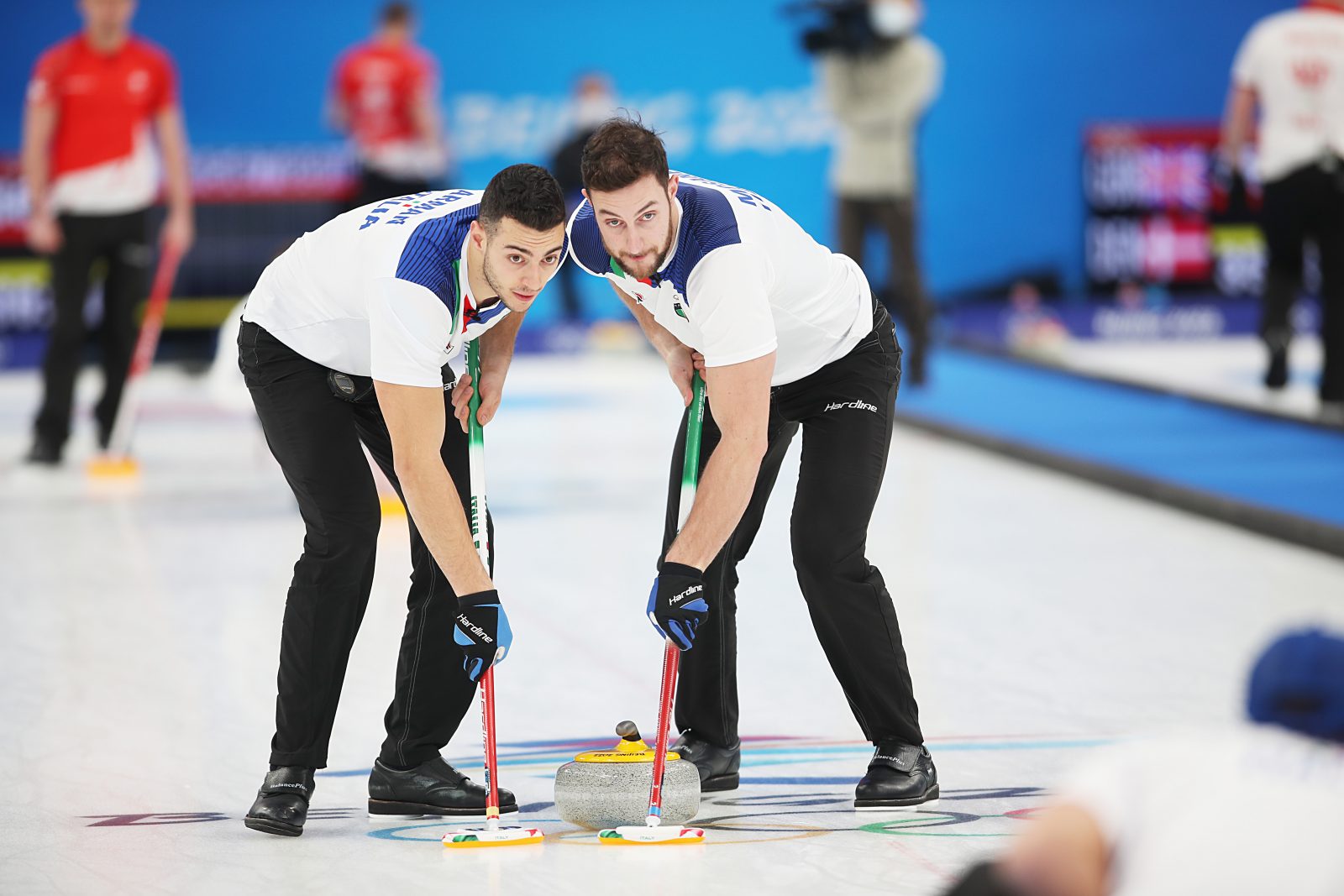 Italy beat Switzerland by 8-4 in Sunday evening’s seventh men’s round robin session to record their first win so far.

At the same time, Great Britain were 8-2 winners over Denmark, a result that moves them into second place on four wins and one loss behind unbeaten leaders Sweden. Lastly, United States beat China by 8-6 in the third game of this session.

In the game between Italy and the Swiss, the teams swapped singles in the first four ends and then Switzerland made the first break-through, scoring two in the fifth end for a 4-2 half-time lead.

However, in the sixth end the Italians responded with a score of three by way of a well-judged run-back by skip Joel Retornaz, to lead 5-4. Switzerland blanked the seventh end and then Italy got one of their early stones buried and guarded on the button in the eighth. Switzerland’s fourth player Benoit Schwarz’s hit came in at the wrong angle, giving Italy a single steal to move their lead onto 6-4.

This scenario repeated in the ninth end when Schwarz was once again unable to get at a protected Italian stone – with the same result – a steal of two to Italy, who went on to win, 8-4.

After the game, Italy’s second player Sebastiano Arman said, “A first win, it’s true! That was a very good game, a solid game for us. The Swiss guys, they played very good and made it a tough game, but we played solid curling and we take the win. It’s beautiful to have a win.”

Great Britain opened strongly against Denmark, scoring two in the first end, and then, after Denmark blanked the second, stealing two in the third for a 4-0 lead when Denmark skip Mikkel Krause was heavy with a hit.

Denmark took one point from the fifth end with a nice draw by Krause inside two British counters, but a hit in the eighth end by Britain’s skip Bruce Mouat to remove two Danish stones gave Britain a score of three from the end, and the Danes conceded with a final score of 8-2.

After his team’s victory, Britain’s third player Grant Hardie, said, “That was very similar to this morning actually. We managed to get an early head start. It was quite an open game so, as long as we kept our focus and made our shots, we were pretty confident we’d close out eventually.”

More generally, he added, “Well, we’re in a pretty good spot. It would have been nice to have not lost a game yet, especially with four or five very tough games coming up. We know we’re going to  have to pick up the performance a little bit, but we’re really not far away.”

In the game between China and United States, the score was tied at 2-2 after three ends, but a score of three in the fourth gave the Americans a lead – by 5-2. In the sixth end, American skip John Shuster played a gentle tap-up to score two points and move his team’s lead to 7-3.

China responded after that, blanking the seventh, scoring two in the eighth, and then stealing a single in the ninth, to reduce the American lead to 7-6. However, Shuster was able to draw into the four-foot in the tenth to score one point and win by 8-6, a third victory that places the Americans sixth on the table.